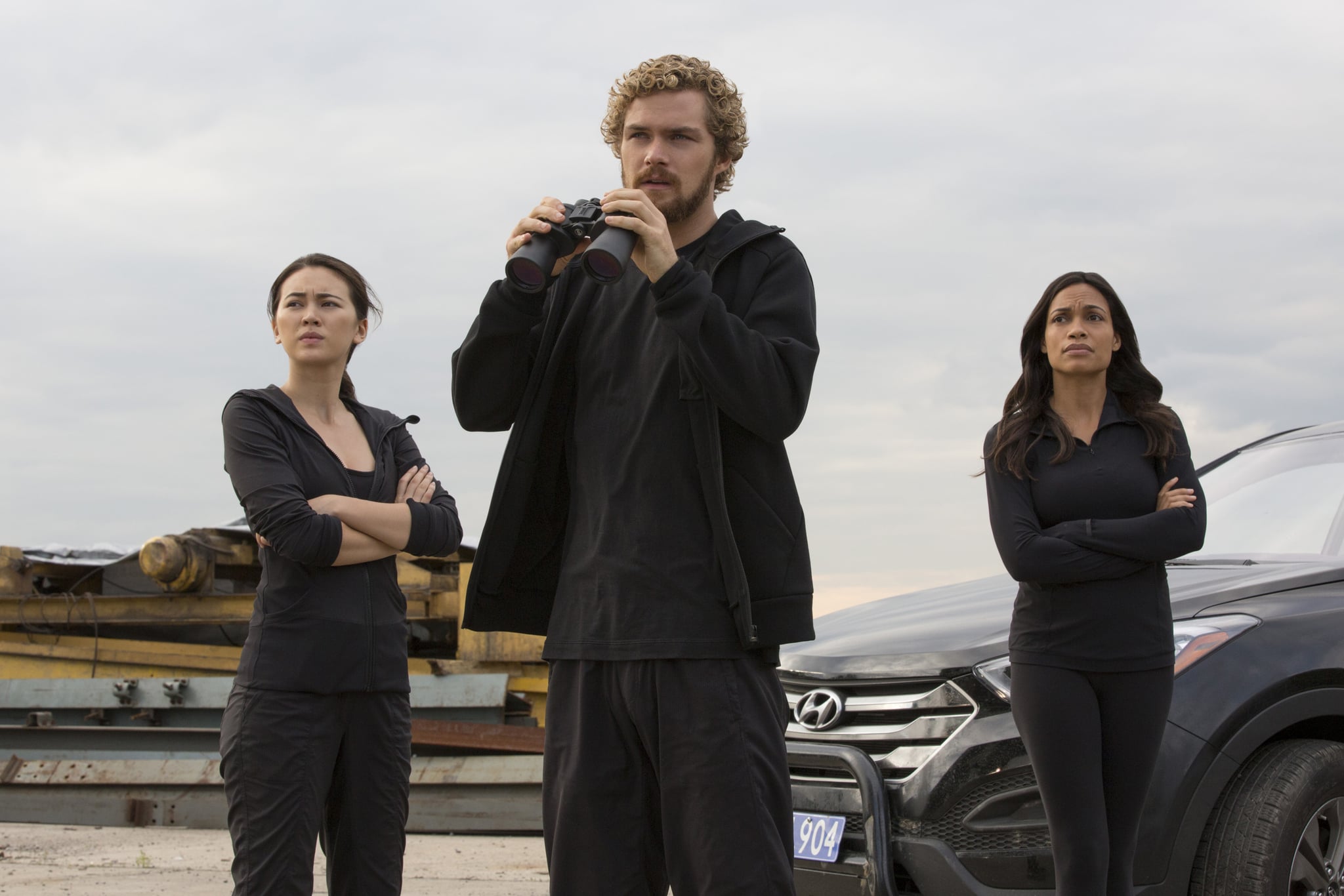 After months of anticipation, Netflix recently released its new original series, Iron Fist. The most recent to join the streaming site's slate of Marvel adaptations, the show follows the life of Danny Rand (Finn Jones), an orphan taken in by members of a mystical city. After being presumed dead for over 15 years, Danny — now a kung fu master with the ancient power of the Iron Fist — returns to New York to restore glory to his family name. However, he discovers that his family's company, Rand Enterprises, is deep-seated with corruption and deadly secrets. As he works to discover the truth, his worlds collide and threaten everything that he's ever known.

While the 13-episode season answered many of the questions that had tormented Danny his whole life, it also introduced many more. Unfortunately, season two has yet to be announced and with the show's poor reviews, a renewal is still up in the air. Hopefully, however, Netflix will commission a second season to tie up any loose ends so that fans can rest easy. Just so we're prepared, we drafted a list of the questions that we need answers to the most. Take a look below! Warning: Spoilers ahead.

When Danny and Colleen reach the passage of K'un L'un in the final moments of the season finale, they find that the mystical village has vanished from the mountaintop. How does an entire city and all of its inhabitants disappear, and where have they gone? Perhaps there's another dimension or plane that they are moved to. Another theory is that the city is simply cloaked with invisibility — the possibilities are endless when magic is involved. However, if the village really is gone, who or what was responsible, and what will the repercussions be? 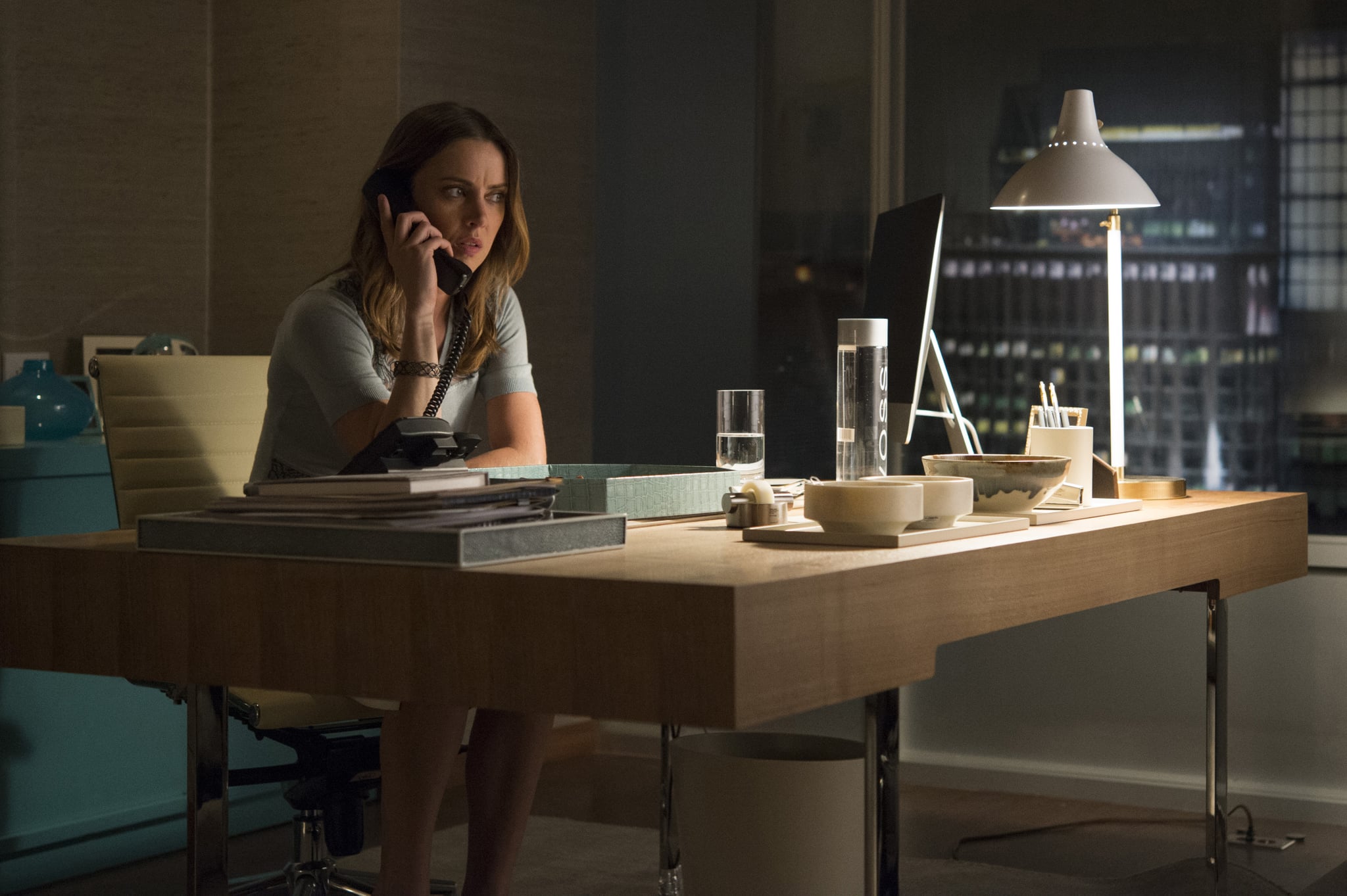 2. How do Joy and Davos come together?

Joy and Davos only meet once before, when they come up with the plan to storm The Hand's compound. Yet, they are seen in France having a conversation about how to take down Danny, whom Joy is now convinced is the root of all of her problems. If they both view Danny as an enemy, it makes sense that they would team up against him. However, whose idea is it? Does Davos reach out to Joy, and what makes her think that she can trust a virtual stranger? With Joy's trust issues and Davos's jealousy, we're worried about what they have planned.

After making a deal with The Hand, Harold became immortal . . . or, so we thought. Bakuto reveals that beheading Harold is the only way to destroy him for good. In his climactic fight with Danny, Harold is impaled and shot off of the roof, falling to his death. Days later, Danny and Ward watch as his body is cremated. However, viewers never get a glimpse at a corpse. Has his body really been destroyed? If it has, is there a chance that he could rise from the ashes like a phoenix? After all, they don't exactly follow Bakuto's instructions.

4. How and when does Madame Gao escape from her cell?

The last we see of Madame Gao, she is in France eavesdropping on Joy and Davos as they come up with a plan to defeat the Iron Fist. However, before that, Danny and Colleen had left her locked in a cell at The Hand's abandoned compound. Do her people finally come to rescue her, and how do they get her out? Alternatively, if she uses her powers to escape on her own, it could mean that she's distanced herself from The Hand and is working as a lone ranger.

5. What happens to all those dead bodies?

Throughout the entire first season, people are murdered left and right. In addition to a few main characters, there are countless henchmen that are made disposable. How do Danny and Ward explain all of the bodies and damage that occurs to Rand Enterprises in the season finale? Do the police ever find the bodies in the swamp? What happens to Kyle's body? If the NYPD never noticed all of those missing people, we understand why Danny and his friends are always so reluctant to turn to the police for help. 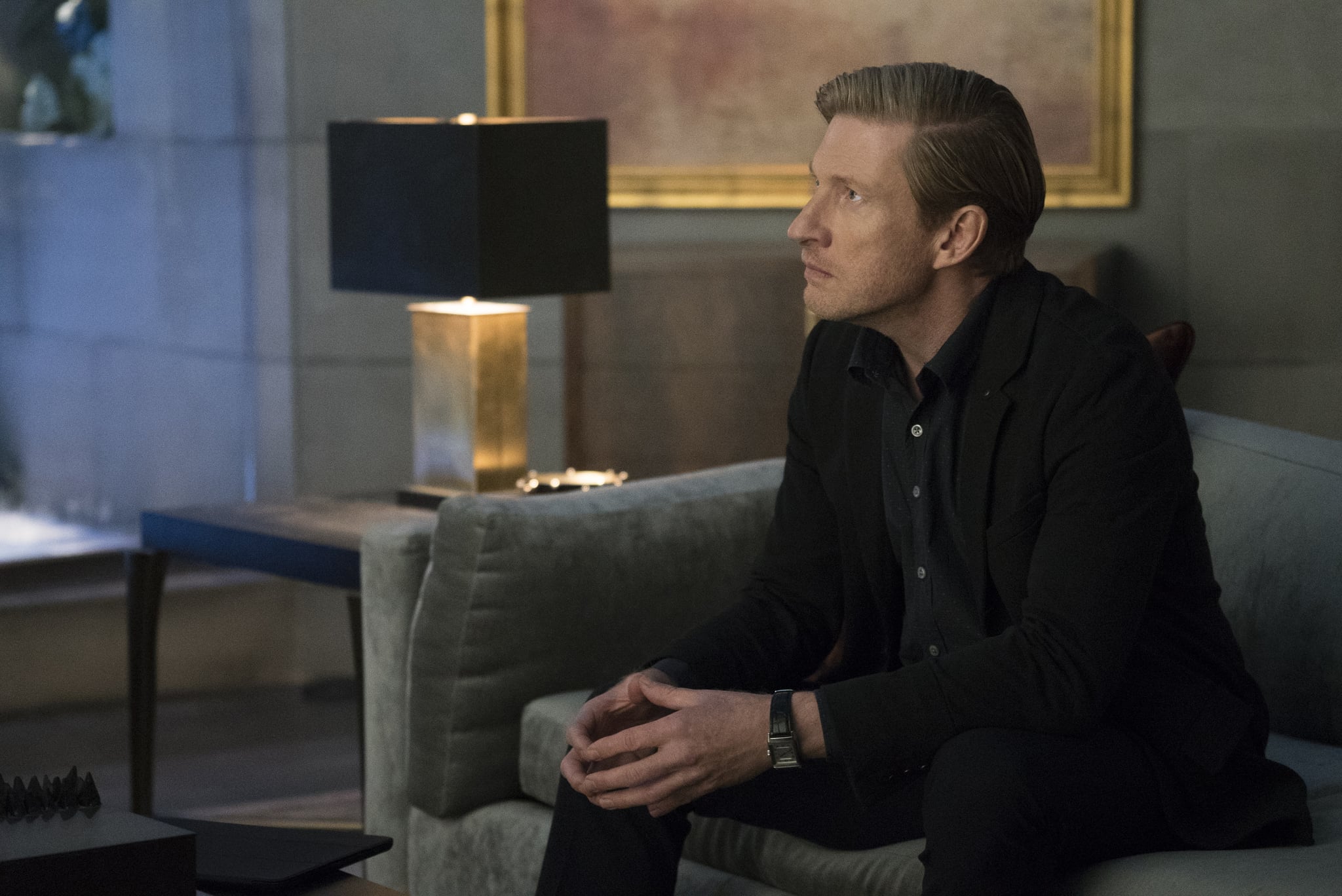 6. Does the public ever learn that Harold Meachum had been alive?

After learning that Danny had defeated Bakuto, Harold decides to come out of hiding. He strolls back into the Rand offices, like no time had passed. Ward's secretary looked shocked as she realized that the man in front of her is the same as the one memorialized on the wall. Danny's lawyer, Hogarth, is also confused by his sudden, unexplained presence. However, we never see an announcement made to the press or the public. How many people knew that he had come back from the dead, and if many, how did they explain his most recent death?

7. What really happened to Bakuto?

After winning her fight with Bakuto, Colleen decides to turn him over to the authorities instead of killing him. Davos, however, has other ideas and stabs him in the heart. As Danny and Davos begin to fight, the trio leaves Bakuto's body unattended. When they look back, it has vanished. Colleen suggests that The Hand removes it, but Danny wonders if Bakuto comes back to life like Harold. Either way, Bakuto is pretty brutal towards the end, so we hope that that's the last we've seen of him.

8. What happens to The Hand?

When Colleen and Danny return to the compound to question Madame Gao, they find it abandoned. There had been hundreds of students and guards there just the day before, so where have they all gone? Also, if Gao is imprisoned and Bakuto is dead, who takes over? We know that The Hand had found a way to K'un L'un and that the organization will be a large enemy of The Defenders (a crime-fighting group in an upcoming Netflix miniseries of the same name). We can only imagine after being defeated by Danny and his allies, The Hand will return stronger and more sinister than ever.

9. Does Bakuto's prophecy for Darryl mean anything?

After Danny realizes that Bakuto, Colleen, and the people at the compound are all members of The Hand, he and Davos fight to escape. One of Colleen's students, Darryl, is injured in the process. Bakuto instructs his men to get Darryl patched up, saying, "This young man is our future." It's unclear how far into the future he means. Even though Bakuto has been defeated, Darryl could still be part of a larger plot to destroy or control the Iron Fist. However, we're hoping that Bakuto's words didn't have any meaning behind them. Darryl is one of Colleen's most promising students, and we'd hate to see him further corrupted by The Hand. 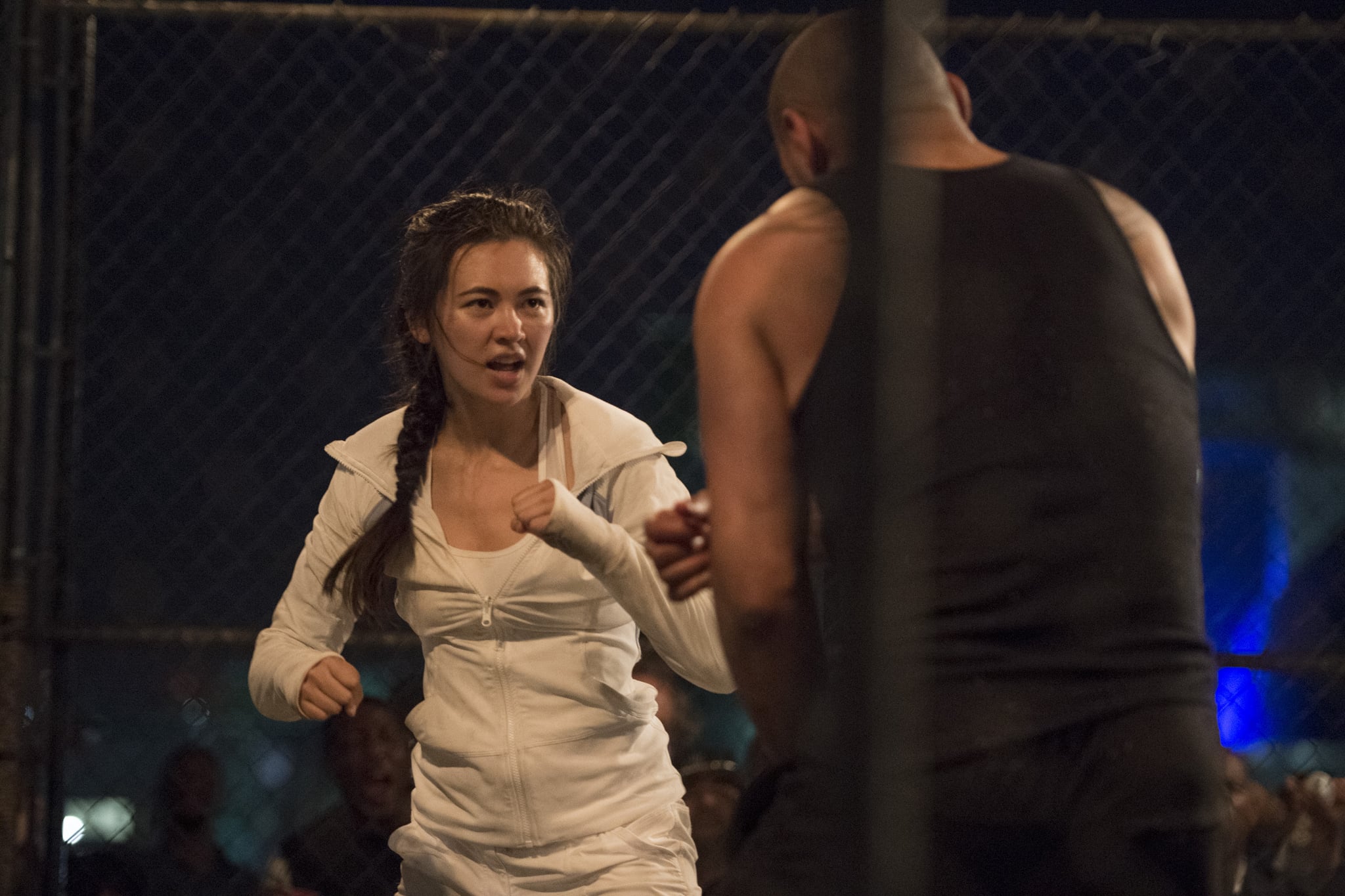 10. Is there a chance that Danny's mother could be alive?

In a series of flashbacks, we see that Danny's mother is sucked out of the plane before it crashes, never to be seen again. In all likelihood, she is killed. However, Danny admits to Colleen and Claire that he imagines his mother survived somehow, and is just waiting to be rescued. After all, a body is never discovered. Furthermore, Heather Rand dies differently in the comics, so there's always a chance that Netflix took a few more liberties with the plot and allowed her to survive. We would love to see Danny reunited with some of his family.

When Davos arrives in New York from K'un L'un, he makes a point of mentioning (repeatedly) that the passage to K'un L'un would be closing soon. Yet, he never specifies how long they have until that happens. We do know, however, that once it is closed it won't be reopened for another 15 years. Colleen and Danny are in K'un L'un when the season ends, and they still have to discover what happened to the village. Will they get trapped there? Alternatively, if they make it out successfully and return to New York, what will happen if the path closes before someone else is chosen to protect it?

There isn't much that we know about Madame Gao. In fact, for the first few episodes, she is simply a shadow. However, we do know that she is a significant member of The Hand who claims to have been alive since the 17th century; she has powers that she doesn't use often, and she didn't get along with Bakuto for an unknown reason. What, exactly, are her powers and how has she lived so long? Also, if Bakuto was an enemy, but the Rands weren't (she told Danny that they weren't a big enough threat for her to kill them herself), where does her allegiance lie? While she undoubtedly has an ulterior motive, she seems to genuinely want Danny to discover the truth and become the best version of the Iron Fist he could be. Whatever her motive may be, it'll have us shaking in our boots with anticipation until a second season is announced.