In the adaptation of The Giver, Jeff Bridges plays the title character, the man who keeps all the memories of humanity in a dystopian future society, but when Bridges and the cast came to Comic-Con this week, Bridges admitted the Giver wasn't the role he originally had his eye on. Bridges, along with the novel's author, Lois Lowry, had been trying to get the film made for almost 20 years, and when Bridges first got involved, he wasn't going to star at all — he just wanted to direct it. "Originally I wanted to direct my father, Lloyd Bridges, in the film," he said, explaining that he wanted to direct him "in a film that my kids could see." Back then, they were children, he said, though now they're in their 30s, while Bridges is the right age to play the Giver, the central character who gives all the memories to Jonas (Brenton Thwaites). 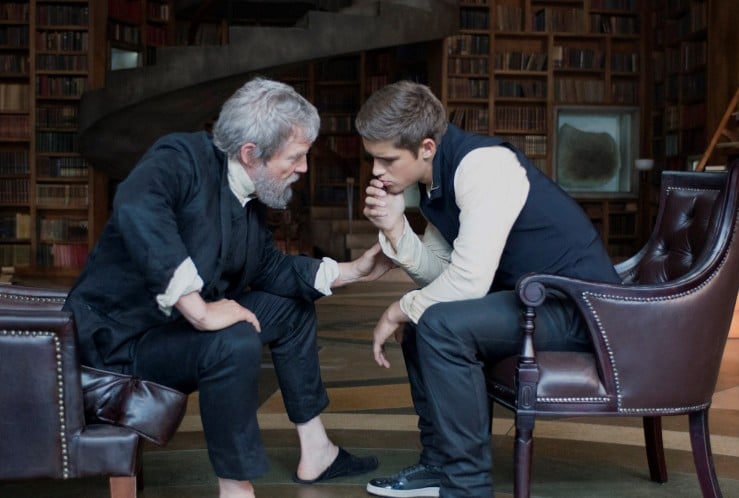