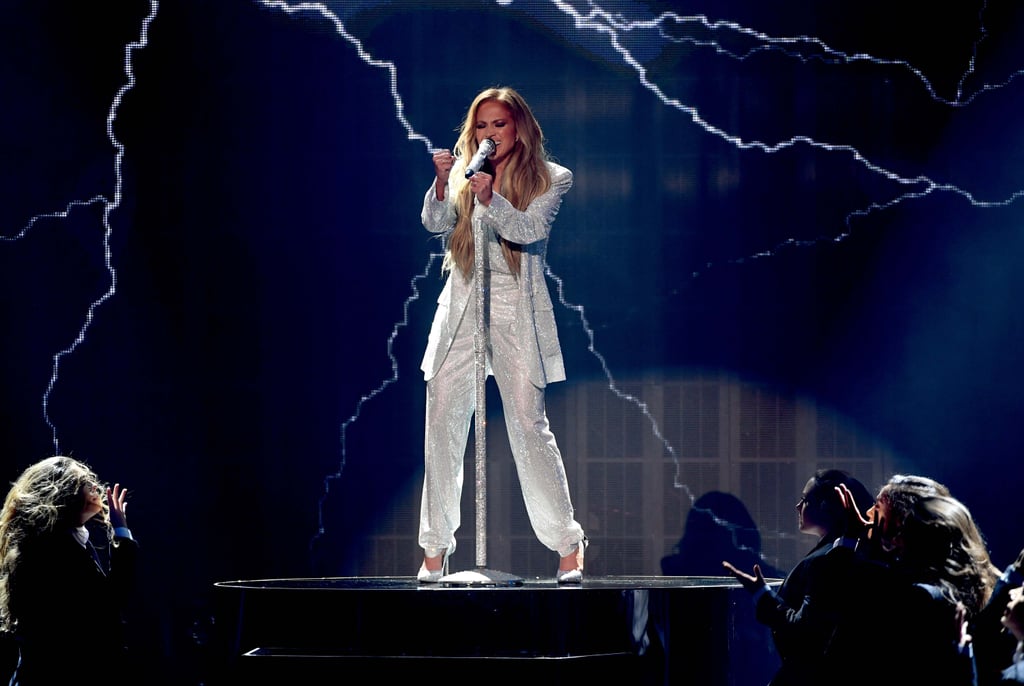 Our Love For Jennifer Lopez's Inspirational AMAs Performance Is "Limitless"

We're used to seeing Jennifer Lopez bust out some seriously steamy choreography during her award show performances, but at the American Music Awards on Tuesday night, she went a different route.

In honor of her upcoming romantic comedy Second Act, the multihyphenate debuted an inspirational new song titled "Limitless." The film follows a woman struggling to climb the corporate ladder at the big-box store where she works because of her lack of an Ivy League degree and how she games the system to find her own success.

With lyrics like "I'll never give up" and "Look at me now, I'm limitless," the brand-new track comes with no shortage of empowering moments. Watch Lopez belt out the song ahead, as well as some of the performance's biggest highlights in photos.

Lil Nas X
So, What's the Deal With Lil Nas X's "Montero" Being Removed From Streaming?
by Grayson Gilcrease 5 hours ago