Jenny Slate, she of Obvious Child, Parks and Recreation, Married, Marcel the Shell With the Shoes on, and so many other funny gifts to the world, costars in this month's indie drama Joshy. Though the film follows a sort-of bachelor party where the wedding has been canceled for unfortunate reasons, Slate's character — one of the only females in the film — is no flimsy love interest or "device" for another character. This was an important point that Slate brought up to me when I interviewed her for the movie, which premiered at Sundance and will hit theaters Aug. 12 before coming to Hulu this Winter.

Image Source: Everett Collection
In fact, a lot of Slate's answers to my questions about the film included solid advice and insights that you're just not used to hearing in your typical movie interview. So moved was I by Slate's witty, smart responses that I wanted to share her insights in a way that might be valuable to you, or anyone just trying to make it in the world today. Strap in and get ready for a free lesson from the delight that is Jenny Slate — actress, comedian, and potential life coach. 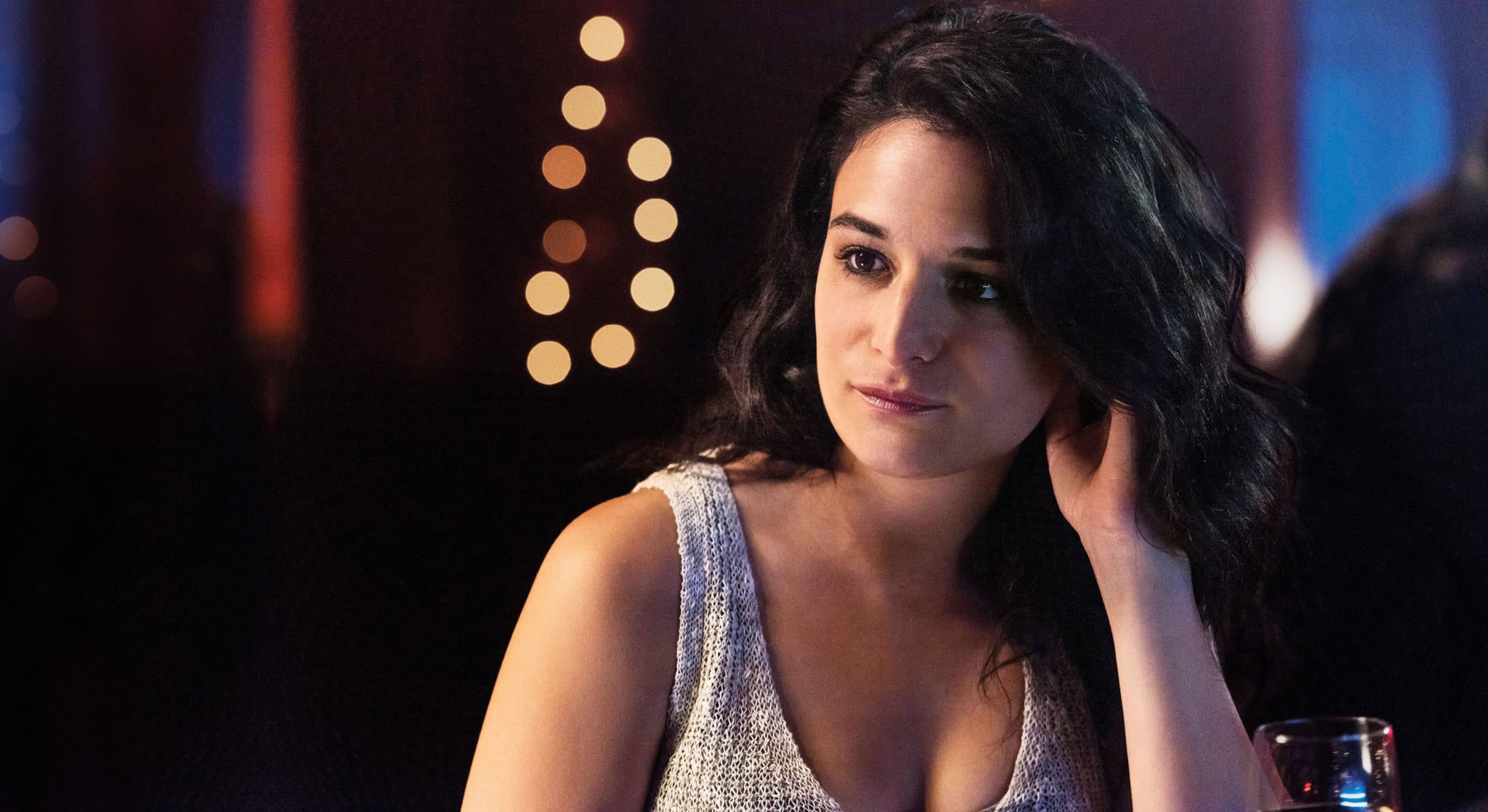 Sometimes, you learn more when you stop competing.

The cast of Joshy is not only filled with stars you'd know from TV (there's also The League's Nick Kroll, The Mindy Project's Adam Pally, and Silicon Valley's Thomas Middleditch), but most of them have worked together many times before. Slate confirmed my suspicion that it was a big, fun friend reunion in Ojai, CA (the cast shot for a few weeks there on location), but that doesn't mean she didn't make any new friends — or learn something from them. "I think you are correct in getting the sense that it was just a really fun project to work on," Slate said. "Brett Gelman and Nick Kroll especially, I've known those men for over a decade. I started doing stand-up with them; they are two very dear friends of mine. The only person I was kind of meeting for the first time was Thomas [Middleditch]. He is so funny — he is so funny that it almost doesn't make sense. I think what's sometimes tougher about being around comedians is that you all kind of exhaust each other. It's really fun, but you're kind of like athletes; everyone's always riffing. And Thomas is just so funny that I actually found myself sitting back, [like] 'I don't even think I should engage, I just want to watch this, I want to study it. I can't believe it.'"

Do not go off with a group of strange men on the same night you lose your phone and your friends.

Slate plays Jodi, a woman who meets the group of male friends at a bar and tags along with them for the night after she loses track of her friends. Slate admits that this act is what fundamentally makes her unlike Jodi (and prompts her to dispense some common-sense advice to all young women). "To me, the idea of losing your phone, losing your friends, and going back to hang out with a group of men you don't know is straight-up dangerous. I would never do that; I think it seems scary and a big no-no." However, Slate rose to the challenge of making Jodi believable. "She's not really a woman you are ever going to meet, who is going to be exactly like that," she acknowledges. But Slate said that since Jodi's story "does not end in a terrible disaster," Slate had to "find a way to make this digestible . . . to find a way to make this watchable, even if it's something I would never do." 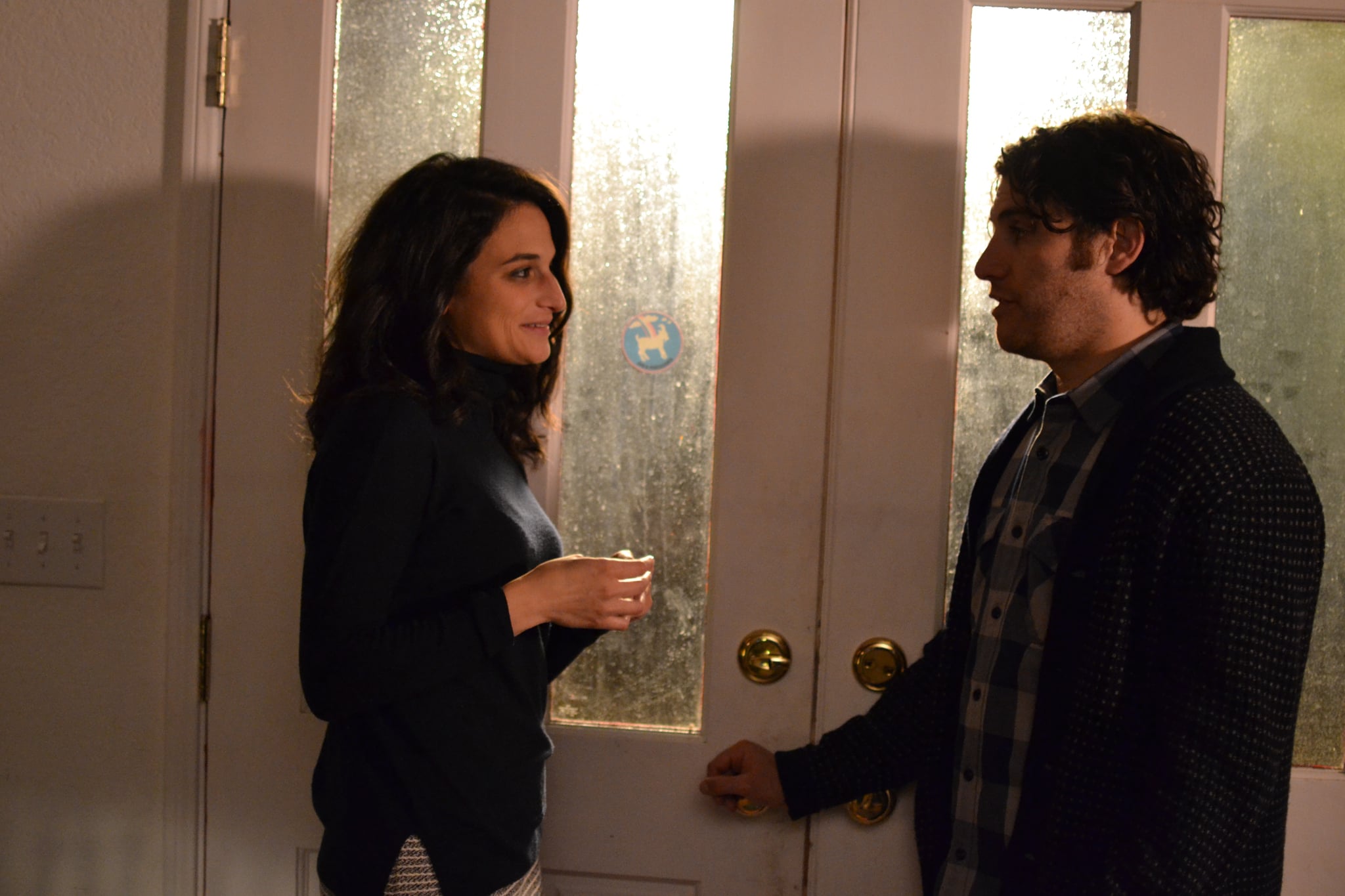 Don't let yourself be used as a device in someone else's story.

There could have been a chance that Jodi could have just been a fun distraction — she's a single, free-spirited woman who makes a connection with Adam Pally's married character Ari. But with no script — Joshy filmmaker Jeff Baena wrote a treatment, but the movie is totally improvised — the actors could shape their characters. For Slate, that meant not letting Jodi just be someone intended solely for Ari's development. "The one challenge there is that she is a device, sometimes, for Adam's character to reassess his life, and to figure out what he needs and who he is. And I didn't want to play a female character who is just in the film to show the male character more of who he is. That's not why I want to be there. That's not what I want to do in life, that's not what I want to do with my characters."

"You have to look around and make sure sometimes that you are not a device in somebody else's personal process."

In talking about how she added dimension to Jodi, Slate doled out valuable advice for anyone's relationships, platonic or romantic. "I think she sees in Adam . . . a person who is not going to be ultimately the safest person for her to be around. Not like, it's not worth it because he's already tied up with someone else, but that he really doesn't seem to know what he wants, and I think I've had the experience in my own adulthood [that] you have to look around and make sure sometimes that you are not a device in somebody else's personal process. If you are in a situation where you can't fully be yourself, and you realize that there are parts of you that are being highlighted more and more by this other person so they can get something done in their own life, that's the time to reassess and often step away."

Slate didn't make Jodi a drama queen, which translates not just to how she wanted to play the character, but also how we should perhaps function when things don't go right for us in real life. When Jodi "wisely, and also without a lot of drama" steps away, Slate said that was the thing she really wanted to make sure of — "that she doesn't decide to make a huge stink. That's what dumb-dumbs on reality shows do, and it's like, 'Why are you so upset about this? It was clearly weird, and you don't actually know this person. You're safe, and you can be free!'" Ahem.

Appreciate and live in the present.

Of her Joshy cast members, Slate says she knows Kroll and Gelman the best. "I've worked with both of them multiple times and I've known them forever and I know their live acts really well. For me and Nick, it's very easy to slip into those PubLIZity characters that we played on his show. They're people that really make us laugh and we're kind of fascinated by them."

One of Slate and Kroll's PubLIZity skits from Kroll Show

Here's where Slate gets endearingly sentimental: "I also know them both really well, and love them a lot. I am in general sort of a sappy kind of lady. There are lots of times when we'd be on set and I would think like, man, one day we might be 60 and we're going to be having dinner in New York and talking about our kids or something . . . catching up on each other's families or whatever, and being like, 'Do you remember when we were in our 30s and we went to Ojai for three weeks and we made this nice little movie?' I think of things like that all the time. It's sort of this mindset of keeping the present moment really, really precious by understanding that they're part of a much longer story."

Don't be afraid of your feelings.

After Slate's sweet musing about her 30-years-from-now mentality, I told her that appreciating the present is a hard thing for people to do. She agreed, and then made a striking, personal statement that we'd all be lucky to emulate. "I think it is hard. But for me, it's the most important thing. I am not afraid of feeling any of my feelings; I am mostly afraid of having to hide them, or deny that they're going on."

"I am not afraid of feeling any of my feelings; I am mostly afraid of having to hide them."

If you're shy, put yourself out there more.

More words of wisdom: "It's cool to be in the present, and that's what works for me. I am certainly not perfect at it, and I have tons of anxiety and I think I'm even overly chatty because I'm actually fairly shy, but it's like a deep shyness that I work out. I let it be there, and maybe overcompensate for it by trying to show everyone everything about me so that I make myself vulnerable to say, 'Here's everything about me. You can do whatever you want with it, but I trust that you're probably a nice person, and you'll treat me with care.' That's how I go into my work, it's how I go into meeting new people, and it's how I treat the people who I love."

When I told Slate what a lovely sentiment I thought that was, she couldn't help but crack, "I'm also a handful, who knows?"

Jenny SlateMoviesCelebrity Interviews
Around The Web