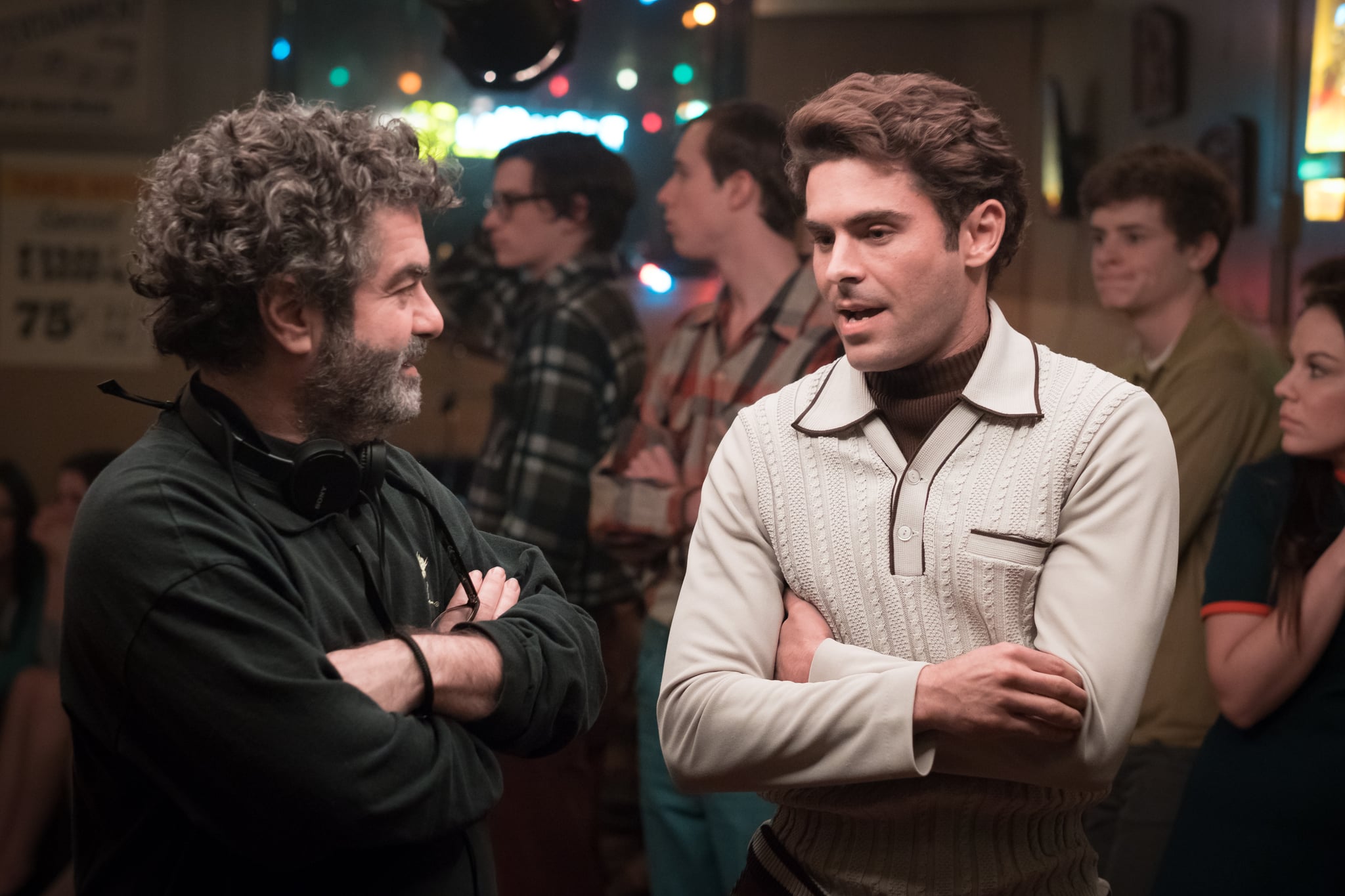 When it was first announced that Zac Efron would be playing Ted Bundy in Extremely Wicked, Shockingly Evil and Vile, it was hard to imagine, given his history as a comedic actor and former Disney Channel star. But for director Joe Berlinger there was never any doubt in his mind that the 31-year-old actor was the perfect guy for the job. In fact, Efron was the first and only person he went to for the role. While it might be jarring to see such a well-loved actor like Efron play such a wicked serial killer like Bundy, Berlinger pointed out that that's exactly the reason he chose him for the job.

During the film's New York premiere at the Tribeca Film Festival, Berlinger said that when he read the script, he thought about his own college-aged daughters and how they actually knew very little about the Ted Bundy story. "We live in an era of internet catfishing," he told POPSUGAR. "We live in an era of where people pretend to be one thing and they're actually another often because people paint idealized versions of their lives on social media. Sometimes that's fine and sometimes they're more nefarious and intense."

"Just because somebody looks and acts a certain way, that doesn't mean you should trust them."

He went on to explain that Efron made the most sense for the role because "for a certain segment of the population, he is somebody who can do no wrong." "To bring that persona into a movie, which I'm trying to show that just because somebody looks and acts a certain way that doesn't mean you should trust them, he embodies that."

Ultimately, Berlinger hopes the conflict of loving Efron in real life and hating Bundy is what audiences will experience during the film. "A lot of younger people have told me who have seen the movie is that they feel this amazing conflict because as the movie is unfolding, they like him. They're rooting for [Bundy and girlfriend Elizabeth Kloepfer's] relationship, but by the end of the movie when they really understand the terrible person he was, the horrific things he did, they have the same sense of betrayal and disgust for liking the character that the real people who were deceived by Bundy had."

Though Efron embodies the character scarily well, nothing compared to seeing him in costume for the first time. "It was chilling," Berlinger said of Efron's transformation. "I actually didn't necessarily think when I cast him that he looks a lot like him." But after a little bit of hair and makeup, the resemblance was eerily uncanny.

"The only thing we did is we put in false lower teeth to match Bundy's because bite mark evidence plays a role in how he was ultimately convicted so I wanted the teeth to be similar," he added. "But we did not do a lot of prosthetics, and he just inhabited that role. The first day on set we all did a double take, and we knew we were on the right path."

Ricky Gervais
Ricky Gervais Wants to Offend People — As a Trans Man, I Won't Take the Bait
by Beau Brink 14 hours ago