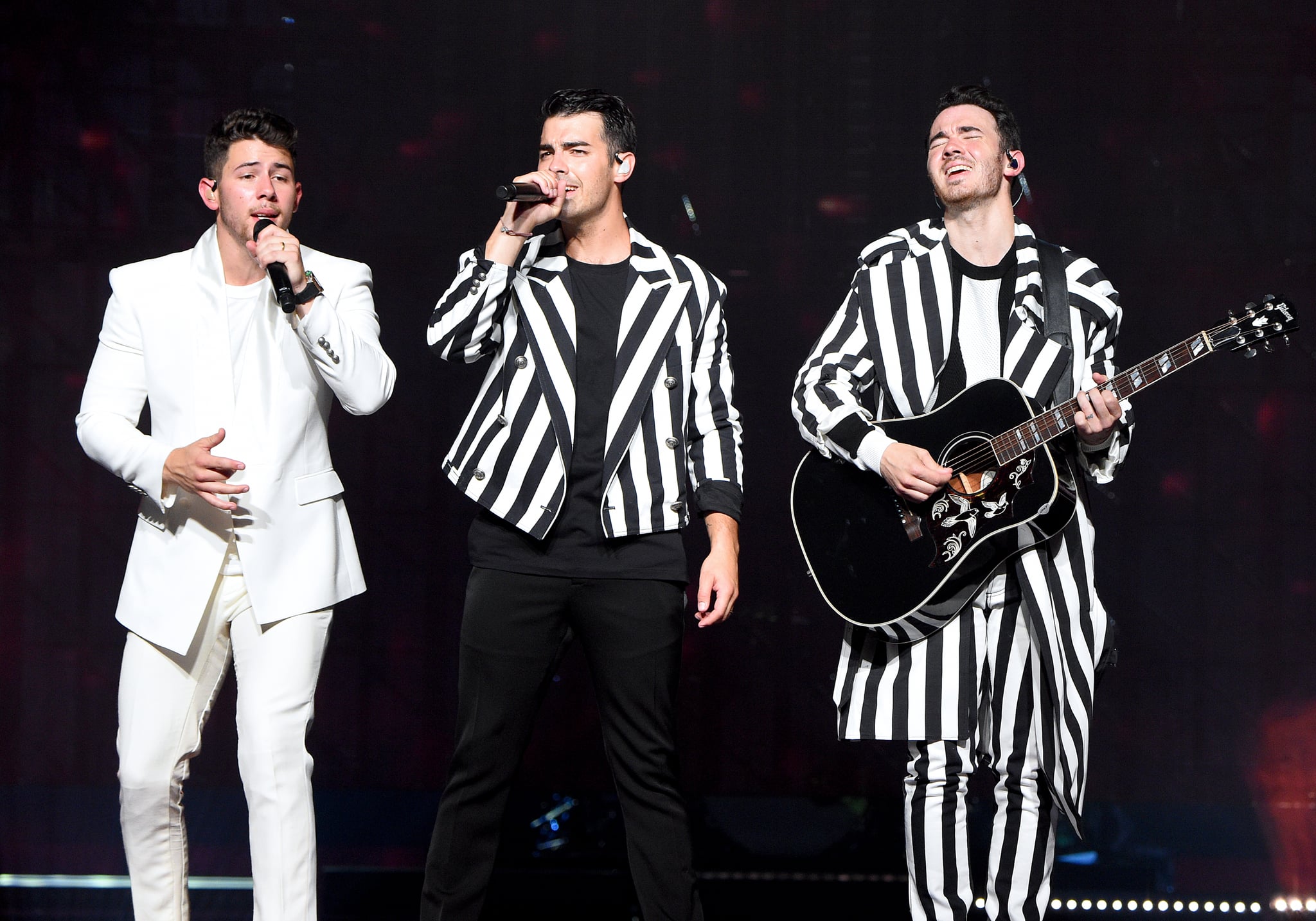 The Jonas Brothers have officially kicked off their Happiness Begins tour! On Wednesday, Kevin, Joe, and Nick hit the stage at the American Airlines Arena in Miami to perform some of their greatest hits. The night was full of surprises as the brothers sang some of their most recent singles, a few of their solo songs, and some incredibly nostalgic tracks from their very first album. Honestly, it was everything we could have hoped for.

The show also included a special appearance from Sebastián Yatra, Daddy Yankee, and Natti Natasha as they sang their new Latin song, "Runaway," for the first time live. While there are bound to be even more surprises later in the tour, we can't help but obsess over all the performance videos on social media.

Wondering what to expect when you attend your concert this Summer? We've got you covered with the official tracklist from their opening night.