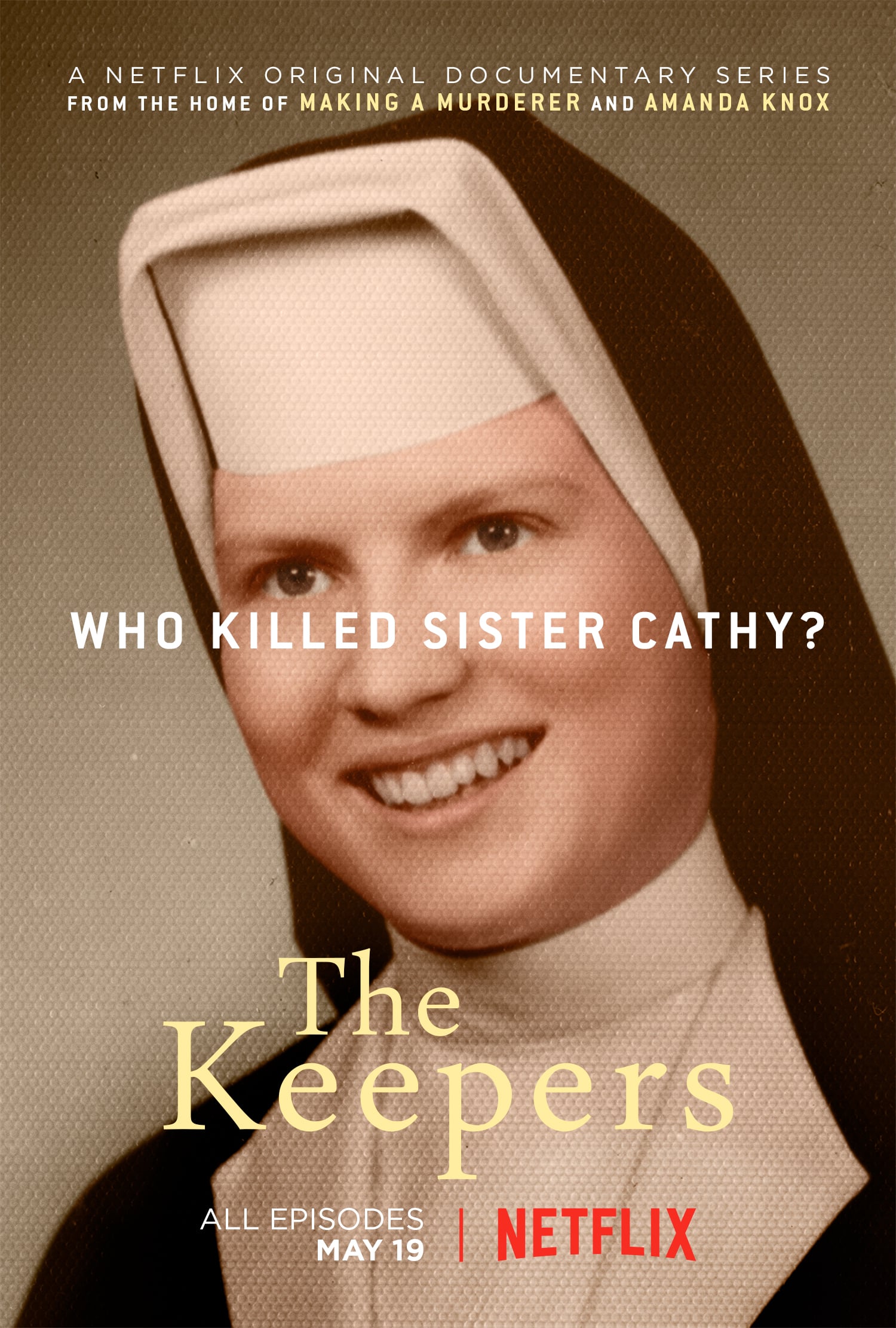 We're on the edge of our seats waiting for Netflix's next crime documentary. After capturing our undivided attention with Making a Murderer, Netflix is presenting The Keepers. The series centers on the decades-old unsolved murder of a Catholic nun. While that in itself is interesting (albeit horrible), the case gets even darker. Here's what we know about the show so far, including the newly released trailer.

26-year-old Sister Cathy Cesnik, a beloved teacher at Archbishop Keough High School, went missing in Baltimore in 1969. Her body was recovered two months later, but the mystery of her death was never solved. In the 1990s, a woman known as Jane Doe came forward and claimed that the school's chaplain had sexually abused her in the '60s. She also said that she was taken to Cesnik's body (which had yet to be discovered) and told, "See what happens when you say bad things about people."

The documentary will feature interviews with "Jane Doe," more former students of Cesnik's, local journalists who covered the story at the time, and retired law enforcement members who knew Cesnik. "My hope in making this series is that we open up the conversation around what happened to these children," said director Ryan White, in a press release. "The ones that survived are now adults, but it's not too late to (talk) about what happened to them, why it happened, why it was never exposed and to make sure that it stops happening in the future.

Ryan White, who was behind 2014's Prop 8 doc The Case Against 8, is the director. He's working with frequent collaborator/executive producer Jessica Hargrave, along with cinematographer John Benam.

The seven-part documentary series will debut on May 19.