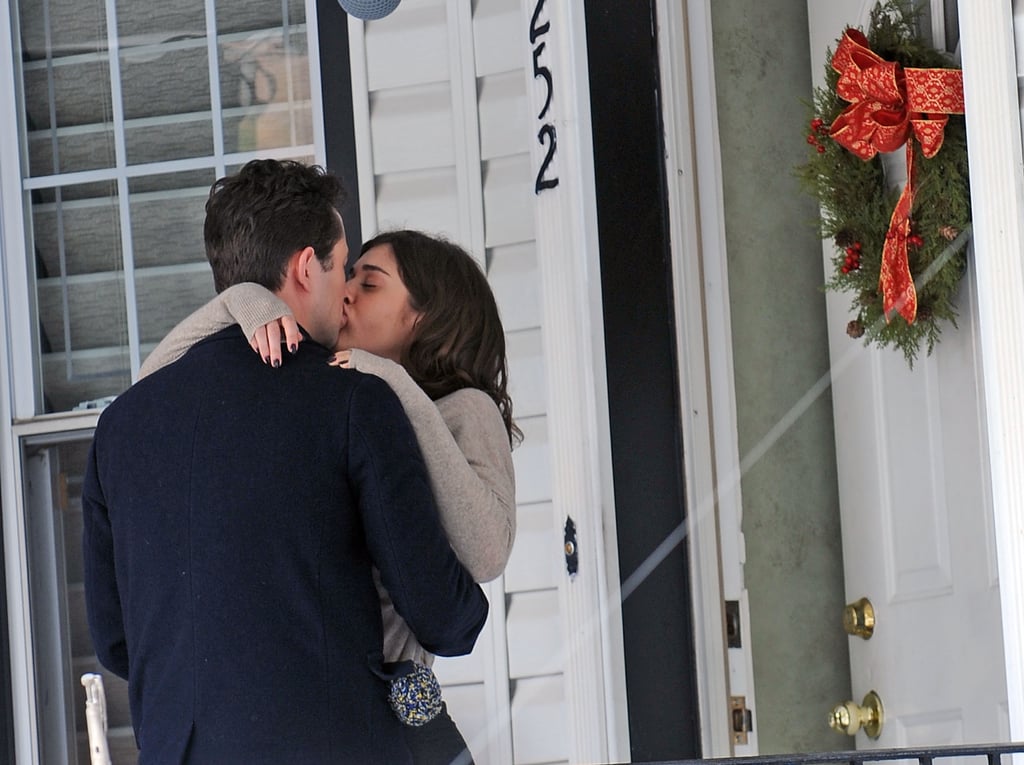 Lizzy Caplan and Joseph Gordon-Levitt shared a passionate kiss in NYC on Tuesday, but it isn't what it looked like. The pair filmed a wintry outdoor scene for their new project, a still-untitled movie that centers on a group of childhood pals who get together in the Big Apple on Christmas Eve. Lizzy and Joe filmed a smooch scene on a porch, and, later, Joe was seen walking around the set while wearing a festive Christmas sweater.

Lizzy was back in the city after taking a trip out to LA to attend the Emmys. She was nominated for outstanding lead actress in a drama series for her work in Masters of Sex, which was her first Emmy nomination. Unfortunately, she lost out to The Good Wife's Julianna Margulies. Aside from award show excitement and her new project, Lizzy has something big to look forward to later this month when Masters of Sex returns to Showtime on Sept. 29.