This week's new release The Martian isn't just a Matt Damon lost-in-space saga — there are also lots of surprising laughs within the drama, though most of those jokes come from Damon. There is, however, one particularly funny part that will make you smirk — before making you grin, once you realize the whole context of the joke. You'll want to have seen the movie to get this, though, so don't read further unless you've seen The Martian. 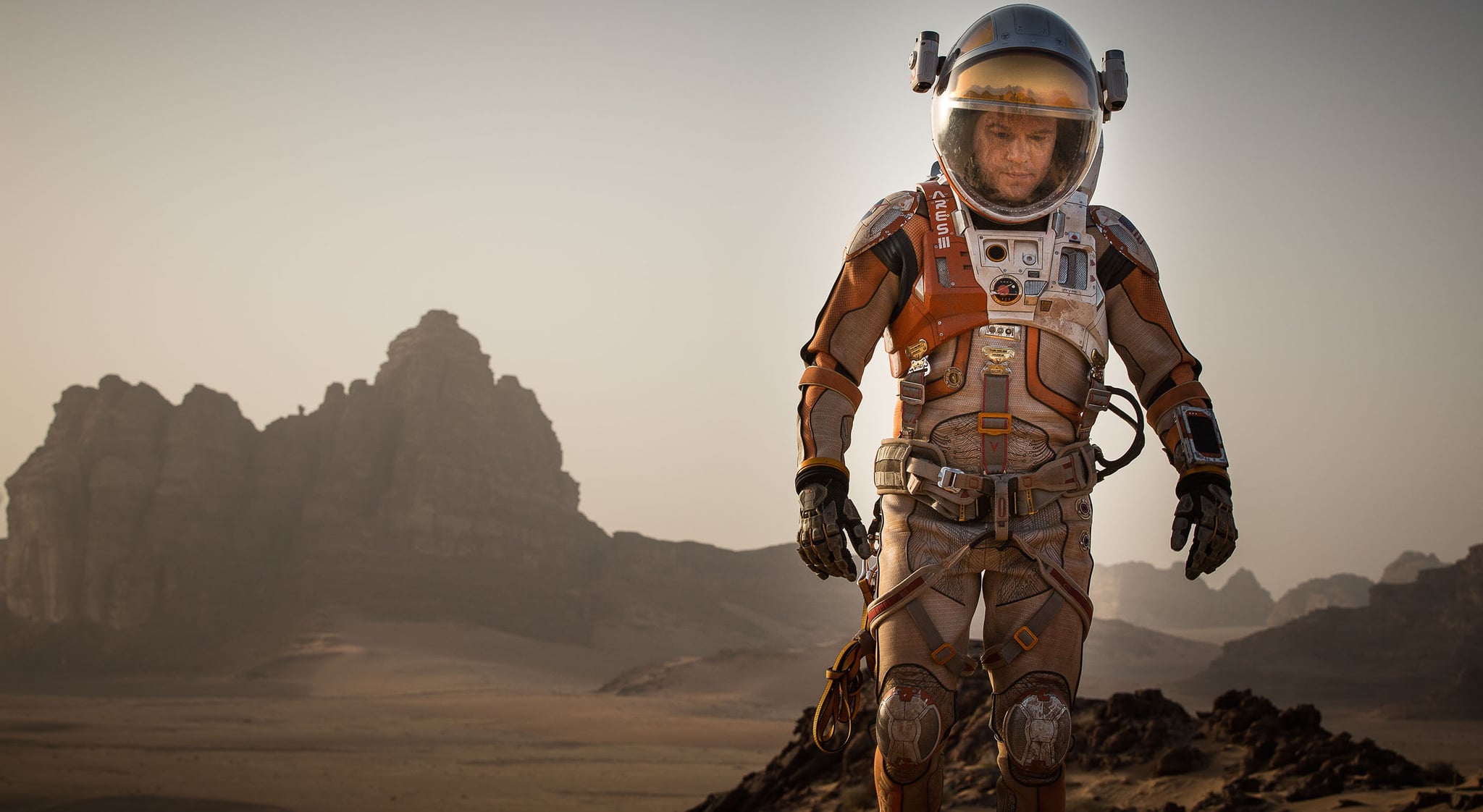 Here's the setup: astrodynamics expert Rich Purnell (Donald Glover) has an alternative theory for how to save Mark Watney (Damon), but it's so controversial that when the meeting is set up at NASA, it goes under the name "Elrond." The characters all have a giggle because they know it's a Lord of the Rings joke and they're nerds (The Council of Elrond was the secret meeting to determine what to do with the ring), but that's not the only reason it's funny. The other reason is very meta, and it has everything to do with Sean Bean's character. Bean plays Mitch, and he's the guy in The Martian who explains that the meeting is called Elrond "because it's a secret meeting."

To just about everyone, Sean Bean is Ned Stark, but he's not just the dearly departed Stark patriarch; think to a time before Game of Thrones, when you mainly knew Bean from the Lord of the Rings movies. In the first film, Lord of the Rings, it's his character, Boromir, who is at the very Council of Elrond referenced in The Martian.

So, basically, Boromir himself attends the Council of Elrond in Lord of the Rings . . . and again in The Martian, where he gets to explain the joke. It's OK if you didn't get it while watching the movie right away. One does not simply expect a Lord of the Rings joke in every new movie.

MoviesThe MartianLord Of The Rings
Around The Web