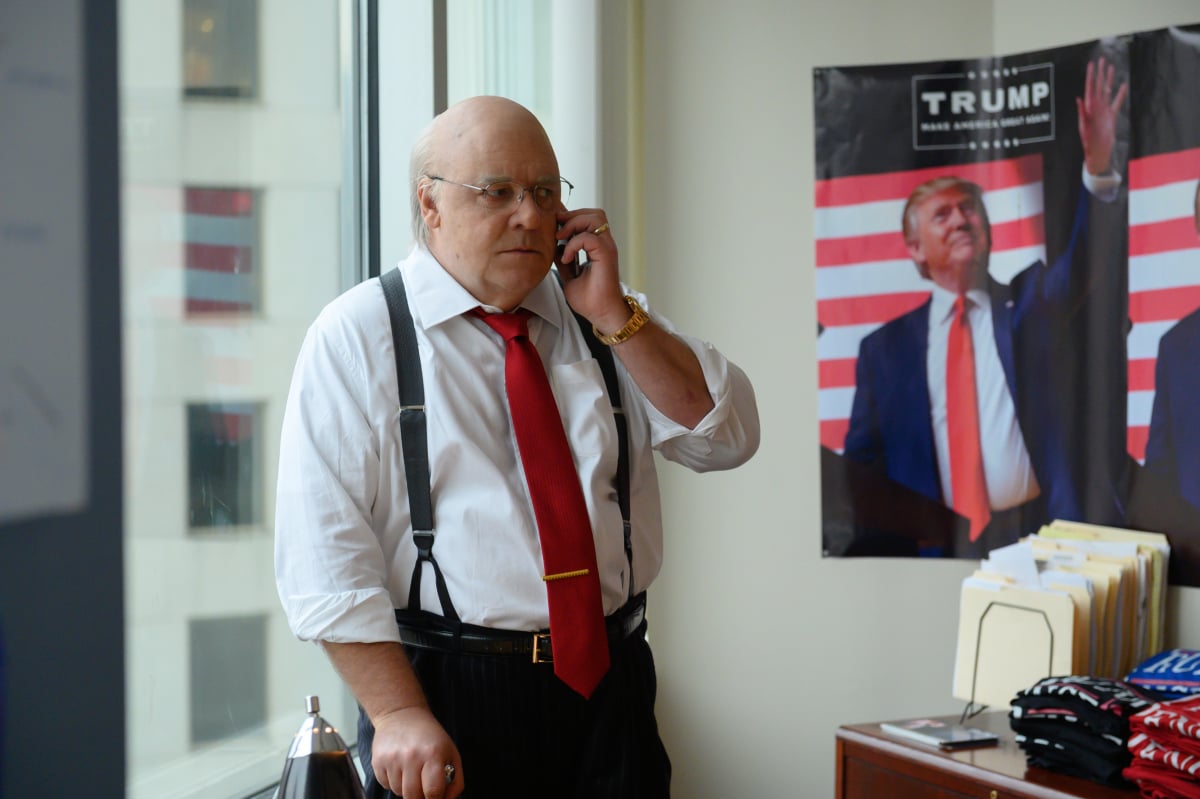 At the heart of Showtime's The Loudest Voice is the shadowy Roger Ailes, who notoriously turned Fox News into a profit machine and fell from power after multiple sexual harassment allegations. Russell Crowe plays the Summer series's central villain in nearly unrecognizable makeup and prosthetics, reminiscent of Christian Bale's transformation in Vice. Alongside Crowe is a cream-of-the-crop cast, including Sienna Miller, Seth MacFarlane, and Naomi Watts. While the project mostly centers on Ailes's time at Fox News, the media mogul has actually influenced American media and politics for much longer.

Ailes broke into the TV industry by rising the ranks at The Mike Douglas Show, a syndicated daytime variety show where he eventually became an executive producer in 1967. There, he got his foot into politics when he met Richard Nixon, eventually becoming an advisor to the then-presidential nominee. His work with Nixon didn't go unrecognized — he'd later consult Ronald Reagan and George H. W. Bush. Think Olivia Pope, but not necessarily wearing the white hat.

In 1996, Ailes became the CEO of Fox News, working with Rupert Murdoch. Many political commentators have argued that Ailes is complicit in creating the divisiveness that barbs American politics today. Ailes's strategy was to blur the line between politics and media, offering Fox as a singular source of information for millions of America's most conservative viewers.

Fox News flourished by discrediting mainstream news outlets, as Ailes spearheaded the message that Fox was "fair and balanced" while other organizations weren't. Fox has influenced major feats over the years: it prematurely declared Bush president in 2000, prompting other networks to follow. It also made former Fox host John Kasich governor of Ohio, assisting him with $1.26 million in campaign contributions from News Corp.

Journalist Gabriel Sherman's The Loudest Voice in the Room, the Ailes biography that inspired the Showtime project, would change everything in 2014. In the book, Sherman reported that Ailes had offered a TV a producer a raise if she slept with him. Ailes dismissed this allegation, but more would come over the years. In 2016, former Fox News anchor Gretchen Carlson filed a sexual harassment suit against Ailes, claiming that she had been fired for rejecting his advances. Three days later, Sherman reported six accounts of women who came forward with sexual harassment allegations against Ailes. Soon after, Megyn Kelly also told investigators about advances that Ailes had made toward her.

According to New York Magazine, Murdoch delivered an ultimatum: Ailes had to resign by Aug. 1 or be fired. On July 21, he left, receiving a $40 million severance pay. Even after he stepped down, Ailes didn't necessarily back away from political media. He continued advising Murdoch in addition to prepping Donald Trump for debates during the 2016 presidential campaign.

In 2017, the former Fox News executive passed away on May 18 after hitting his head in his Palm Beach home, which led to complications with his long-time hemophilia. Even after his death, Ailes still faced multiple lawsuits from former employees. The Loudest Voice won't be the last time we hear about his rise and fall — there's a movie in the making about his story, with John Lithgow portraying him. And of course, we only need a cursory glimpse at the political landscape to see the shadows of his systemic influence.

Netflix
Too Hot to Handle's Desiree Burch Promises Season 2 Is a Wild Ride: "The DTF-ness Is at 11"
by Monica Sisavat 12 hours ago

Josh Gad
10 Points For Gaston! Here's What We Know About the Beauty and the Beast Prequel Series
by Grayson Gilcrease 18 hours ago