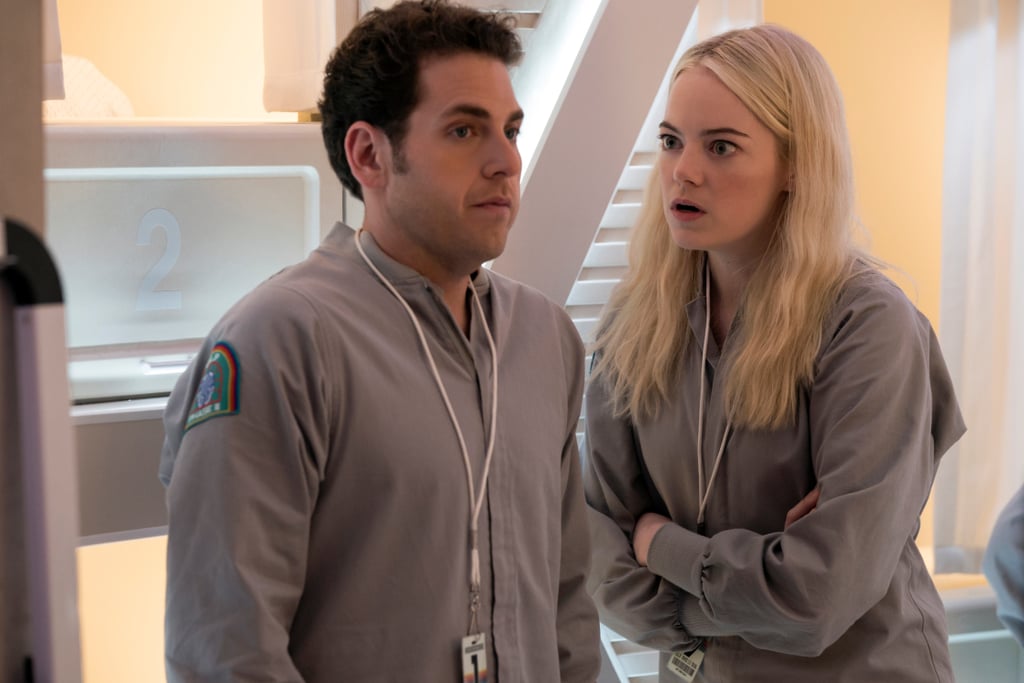 Over a decade after their Superbad days, Emma Stone and Jonah Hill have reunited, and they're headed to Netflix. We officially have our first look at Cary Fukunaga's high-profile, 10-episode dark comedy Maniac, which also stars Sally Field and Justin Theroux. The handful of photos shared by the streaming giant hint at a trippy vibe, which makes sense since it's the story of two strangers, presumably Stone and Hill, who take part in a mind-melting pharmaceutical trial that doesn't exactly go as planned (apparently much of the series will take place within the fantasy worlds of the characters).

Maniac was written by The Leftovers' Patrick Somerville and based on a 2014 Norwegian series of the same name, which follows the fantasies a man in a psychiatric ward creates to escape his reality. An official release date has yet to be announced by Netflix, but we'd bet it'll be hitting the streaming service in the next few months. In the meantime, check out the photos ahead!