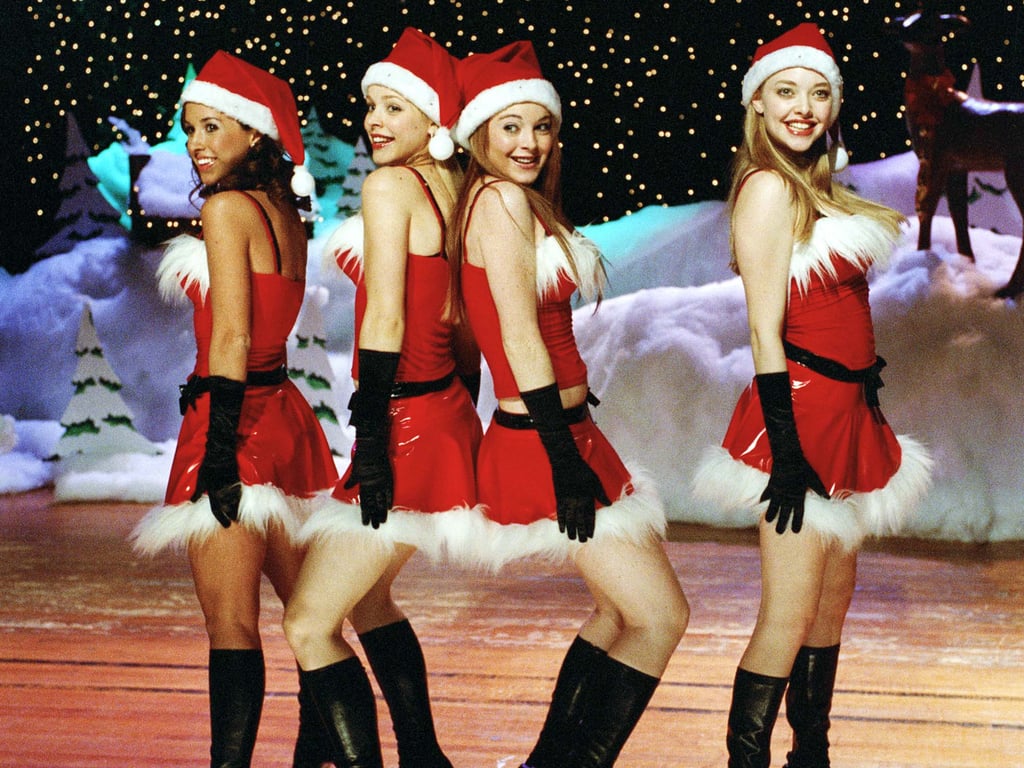 Mean Girls took the world by storm nearly a decade ago, and to celebrate the 10-year reunion on April 30, Tina Fey recently revealed she's getting the gang back together for something special. Though she ruled out a sequel to the hit film (plus, there was already a less-than-exciting TV movie called Mean Girls 2), star Daniel Franzese confirmed "there's been talks of trying to figure out schedules for all of us to get together for something." Until the real reunion happens, we've dreamt up five scenarios that are so fetch for the anniversary, ranging from an in-character reunion to the perfect parody skit on SNL.

And for now, you can definitely celebrate the big 10-year anniversary by catching up with all the stars have been up to for the past decade and checking out the most recent cast reunions with Lindsay Lohan!

1. They Get Together and Reenact Old Scenes

When Matilda celebrated its 20-year anniversary, one of the big Blu-ray features was of the cast reenacting classic scenes from the films as adults. With all the quotable moments in Mean Girls, the cast could gather and film a "Santa, Baby" performance, the gym scene after the Burn Book pandemonium, or just rattle off some quotes.

Most of the characters in Mean Girls would have graduated soon after the timeline of the film, which makes it the perfect opportunity for a 10-year high school reunion. This would give Fey plenty of snarky one-liners for the cast in a short, fun video. Though everyone was getting along at the end of the movie, let's be real — everyone probably drifted apart, and it would be great to see where the characters are a decade later.

Just like how Lena Dunham parodied her own show, Girls, when she hosted SNL recently, Fey could come by to host the show again and stage a reunion skit. This could be a 10-year reunion sort of idea, Mean Girls: The College Years, or something completely different.

4. They Have a Panel or Party For Fans

They could also have a fun reunion for fans, all reminiscing and getting nostalgic about the movie. This could happen somewhere like Comic-Con or another similar convention, and the cast could share behind-the-scenes stories from filming, reveal where they think their characters would be, and maybe even re-create some scenes on stage.

5. They Trick Us and Actually Make a Sequel

This may be the least likely option, but Fey could be lying to us and they could already be putting together a sequel. Since the Mean Girls musical is in its early stages, Fey is in the mindset of the characters, so it could happen. We're totally game for them to have that 10-year reunion in any form — in or out of character.

Nostalgia
A Rugrats Reboot Is Coming to Paramount+, Featuring the Original Voice Cast!
by Alessia Santoro 14 hours ago

Nostalgia
Pass the Razzles: Jennifer Garner and Mark Ruffalo Had a Sweet 13 Going on 30 Reunion
by Kelsie Gibson 1 day ago