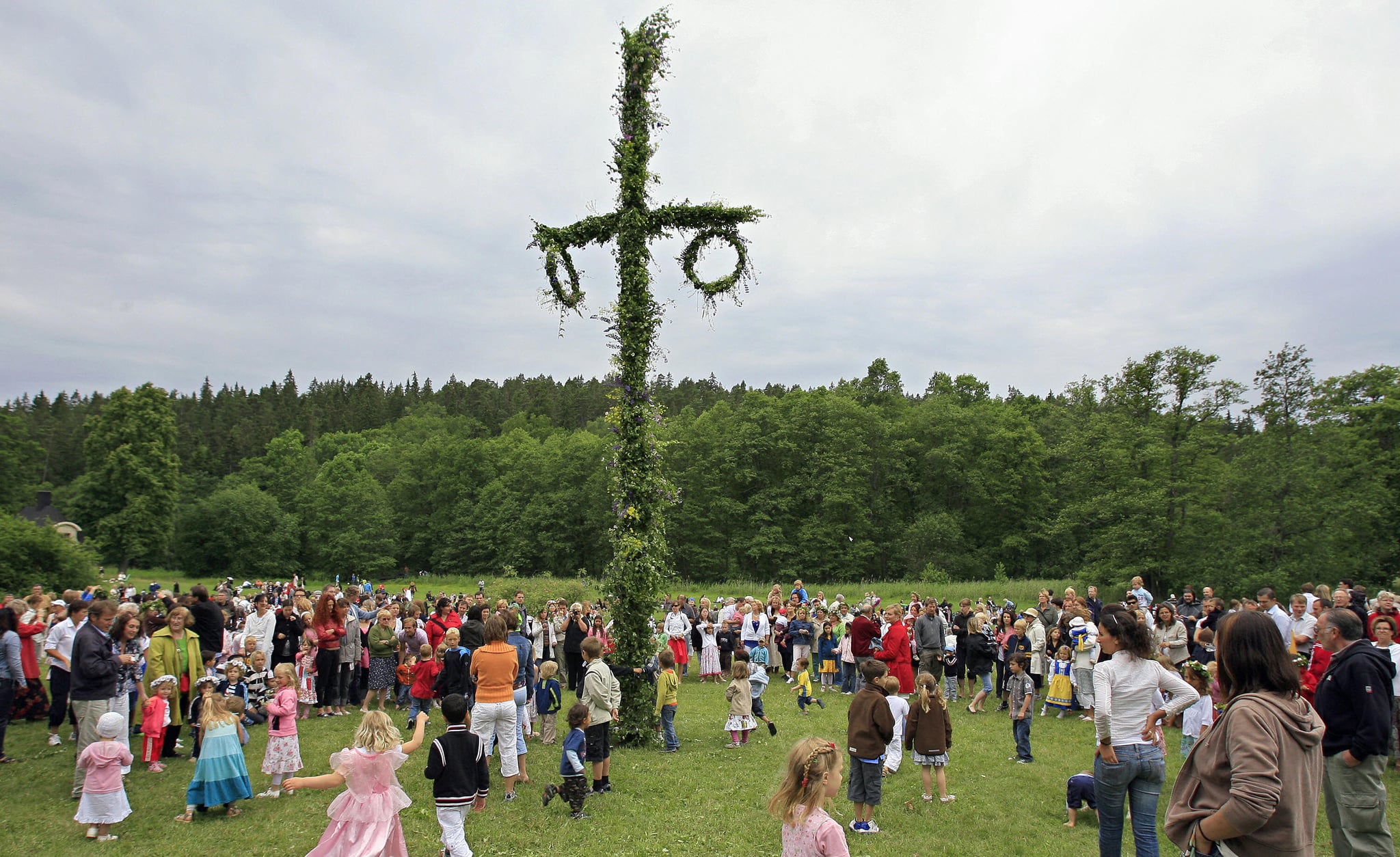 The wild trailer for Ari Aster's film Midsommar features equal parts floral decorations and disembowelment. In the upcoming Summer horror movie, a young troubled couple jets off to Sweden to attend a festival that's held every 90 years, only to find themselves amidst creepy and bloody pagan rituals. Festival season isn't exactly a new concept, but is there really such a holiday called Midsommar? The answer is a definitive yes, though it doesn't quite look like Aster's Scandinavian folk horror.

Usually observed between June 20 and 25, Midsommar is the annual Swedish celebration for the Summer solstice, or midsummer, which many other northern European countries have also honored since preChristian times. In Sweden, people of all ages flee from cities to the countryside to celebrate in picturesque meadows. It's a huge warm season festival that involves feasting and drinking, along with activities such as making flower wreaths and lighting bonfires.

You'll also see lots of dancing around a giant maypole (see the above photo from a 2007 festival near Stockholm, Sweden) to celebrate the end of winter. The floral imagery isn't coincidental since it's related to love and marriage. The holiday rejoices in fertility and harvest to honor the Norse goddess Freyja and her twin brother Freyr. Traditionally, if a girl picks seven different flowers and puts them under her pillow, she'll dream about her future husband. This is an especially relevant tidbit of trivia since the film follows a fraught relationship.

Unlike Aster's movie, modern celebrations of midsummer are fun and lighthearted, absolutely free of smearing blood on rocks and disemboweling bears. That said, the Vikings have sacrificed animals in the past for solstice festivals, and some people do burn witch effigies in Denmark today. It should come as no surprise that Aster will lean into associations with the macabre in the upcoming film. It probably wouldn't be as much of a horror movie if the characters stuck to couple's therapy instead, right?