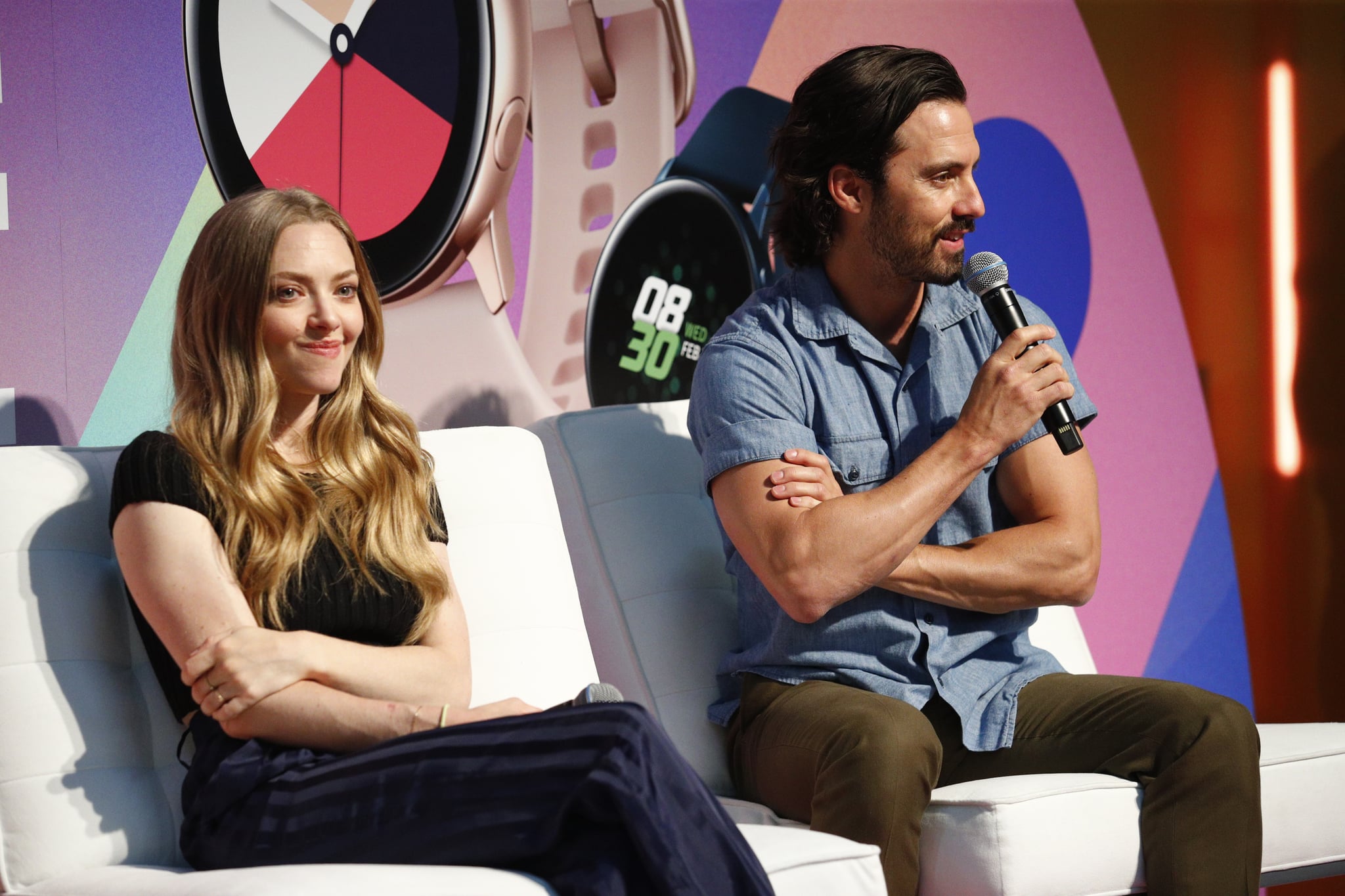 When the book The Art of Racing in the Rain by Gareth Stein came out back in 2009, it seemed like everyone was crying. After my mom recommended it to me, I began to see why: it's a beautifully written, emotional journey for readers, regardless of if they've ever owned a dog like the book's main character, Enzo (a Golden Retriever). Now that an adaptation of the beloved novel is hitting the big screen, we had a chance to catch up with the films' stars — Milo Ventimiglia and Amanda Seyfried — at POPSUGAR Play/Ground. Spoiler alert: you're gonna want to grab some tissues.

"It's a really, really beautiful film," Ventimiglia explained of his role as Enzo's owner, Denny Swift. "I'm in the business of tears because of my role on This Is Us. Even I cried a little bit."

As for behind the scenes? There were a ton of dogs milling around, as multiple pooches were cast for the role of Enzo. "We had one dog for running, one for jumping, and one for barking. But sometimes professionals need their rest," Ventimiglia said, before noting that he was able to chill with the Enzos off camera given the bond they're supposed to have on screen. Was it the same experience for his costar Amanda Seyfried? Well, not so much.

Related:
Milo Ventimiglia's Sweet New Film Looks Like the Next Marley & Me

The Mamma Mia! Here We Go Again star — who's a vocal animal rights activist and the owner of her beloved Australian Shepherd, Finn, as well as a number of other animals on her farm — said it was near-impossible to keep her hands off the talent, even though she was supposed to maintain some distance to play her dog-averse character, Eve. "I was told not to cuddle with the dogs," she said. "You'd think that was a joke. I had to keep my distance most of the time. I had to pretend that I was aloof around them. That was the challenge for me."

Despite tugging at viewers' heartstrings, The Art of Racing in the Rain has an undeniable message. "There are tough moments in life and we have to find a way to be graceful and compassionate," Ventimiglia said. "How do you move through the challenges in life for yourself and with other people?"

You'll find out just how Eve and Denny do so when the flick hits theaters on Aug. 9. (And, again, we really can't emphasize bringing your own industrial-size box of tissues enough!)