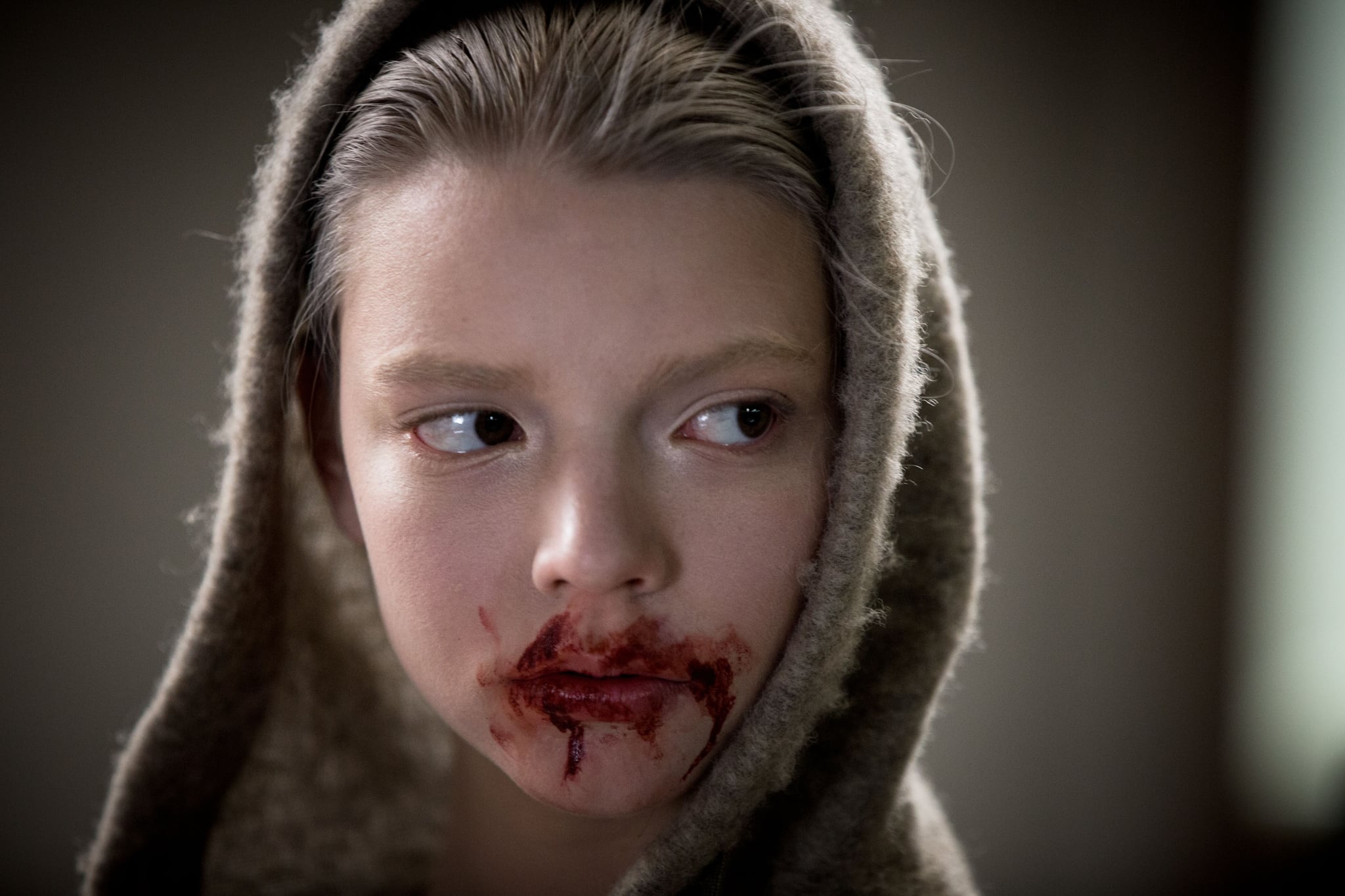 In Morgan, the female-dominated sci-fi horror flick hit theaters on Sept. 2, Kate Mara's character eventually sustains wounds that would render any average human being incapacitated at best. Despite a gaping, bloody hole caving in her abdomen, she's eventually, miraculously able to overcome the film's startlingly real-looking artificial human (Anya Taylor-Joy) without bleeding out, and lives to see another day. This annoying trope isn't anything new — there comes a certain point in every horror or action movie where the hero receives a stab wound to the gut or a few bullets here and there, but manages to brush them off as if nothing had happened. Though brilliantly cast, Morgan certainly doesn't break any new ground with its "scientists create monster, monster goes rogue" storyline in the way that last year's Ex Machina did. What it does do, however, is give an otherwise run-of-the-mill cliché a clever spin.

Mara plays Lee Weathers, a risk-assessment specialist from a company that funds research projects devoted to creating artificial human beings. They dispatch her to the remote location where one of the company's most promising projects, a human hybrid called Morgan, has violently lashed out at one of the scientists. Lee quickly realizes that Morgan — with her enhanced intelligence and strength — is too unpredictable and must be terminated. Morgan doesn't take kindly to this, and stages a breakout that involves kidnapping her favorite handler and violently murdering the rest of them. It becomes clear that Lee, with her extensive martial arts abilities, is the only one who can physically take Morgan on (for whatever reason, since Mara is a tiny wisp of a human). She suffers punch after punch and what should have been a crippling fall without slowing down whatsoever (and does it all in heels, à la Bryce Dallas Howard in Jurassic World).

Morgan and Lee have a final showdown in the woods, which involves both of their bodies being bashed into rocks and each others' fists. Finally, Morgan finishes it by impaling Lee on a branch sticking out of a fallen tree. The wound is severe, and Lee is clearly down for the count. Morgan leaves her to bleed out, only for Lee to miraculously revive, catch up to Morgan, and drown her in a nearby lake. Lee proceeds to shoot the rest of the surviving handlers, getting rid of any witnesses to what happened. Flash forward a little bit, and some executives at the company that is responsible for funding Morgan's creation are sitting in a conference room while calmly discussing what happened. It's then revealed that Lee is actually an earlier prototype of the human hybrid that Morgan was. She's been an artificial human all along, and is "perfect."

The big twist in Morgan isn't a huge shock — as soon as Lee is able to effortlessly scale a plain cement wall, and then survives the fall from a second-floor balcony with ease about three quarters of the way through the film, it's clear something is up. Still, it's a creative way to lend credence to the apparent indestructible physicality of her character instead of simply shrugging it off. Add in the movie's beautifully shot sequences and exceptional performances from Mara, Taylor-Joy, and Paul Giamatti (as an ill-tempered, ill-fated psychologist sent to evaluate Morgan), and it easily earns the title of one of the better horror movies of 2016.

Netflix
March Means One Thing For Netflix Fans: More Movies and TV Shows Are Leaving
by Grayson Gilcrease 6 hours ago

Nostalgia
Pass the Razzles: Jennifer Garner and Mark Ruffalo Had a Sweet 13 Going on 30 Reunion
by Kelsie Gibson 7 hours ago

Netflix
Get Ready, Because Netflix Has So Many Movies and Shows Coming Your Way in March
by Kelsie Gibson 7 hours ago