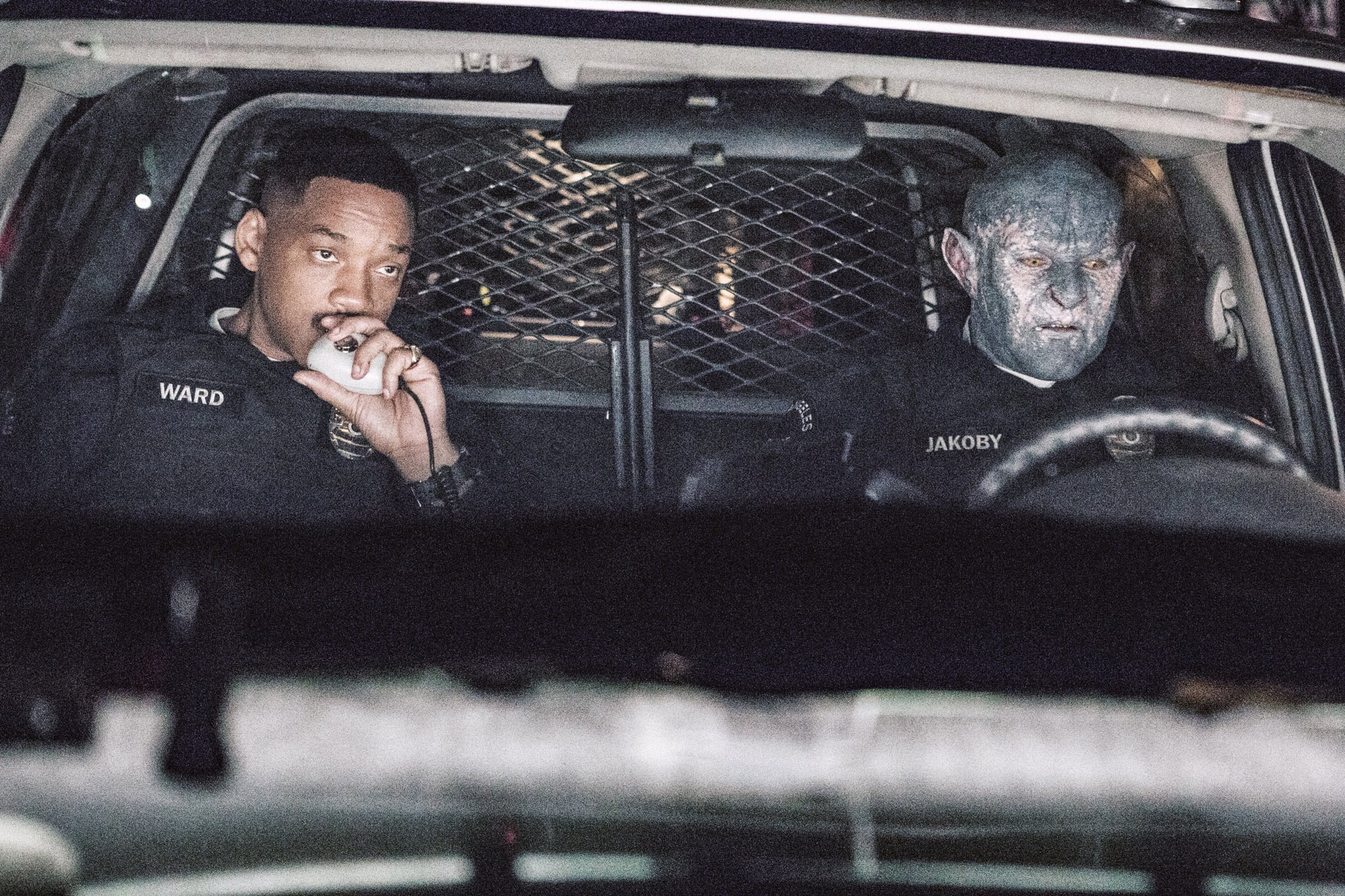 I have to hand it to Bright — the concept behind the film, which takes place in an alternate version of LA where orcs, fairies, and elves live alongside humans, genuinely intrigued me. The idea of Will Smith and Joel Edgerton playing a pair of mismatched cops — Daryl Ward (Smith), a human man, and Nick Jakoby (Edgerton), an orc — who must overcome their differences and their community's racism to keep a magic wand from getting into the hands of an evil elf (Noomi Rapace) was enough to make me stop and say, "You know what? I'll give this insane movie a shot."

Not to mention, Netflix poured a reported $90 million into the project led by Suicide Squad director David Ayer and screenwriter Max Landis and already greenlit a sequel. It couldn't bomb that hard, could it? According to some critics: yes, yes it could. There have been some positive responses to Bright so far, sure, but on the whole, the critiques have been damning. See exactly what they're saying below.

The Hollywood Reporter's John DeFore called the fantasy-gritty cop mashup "plenty embarrassing" and said that it's "awkward enough to make Cowboys & Aliens look like a stroke of genius." He added: "Stars Will Smith and Joel Edgerton play it mostly straight here, doing their part to sell the dopey premise, but the screenplay offers viewers little reward for our own suspension of disbelief. The supernatural elements are so poorly explained and implemented they make us wish we were watching some generic reality-based policier instead."

The Wrap's Todd Gilchrist did not mince words: "If this new Netflix production exemplifies Ayer's creativity unfettered by major-studio interference, I'll take a lousy DC movie over . . . whatever this is any day of the week. Astoundingly bad in virtually every way, Bright shares in common several of the shortcomings of Ayer's previous film, including conspicuous evidence of desperate efforts to cobble its under-explained and yet somehow overcomplicated mythology into something coherent."

IndieWire's David Erlich put it bluntly: "There's boring, there's bad, and then there's Bright, a movie so profoundly awful that Republicans will probably try to pass it into law over Christmas break. From the director of Suicide Squad and the writer of Victor Frankenstein comes a fresh slice of hell that somehow represents new lows for them both — a dull and painfully derivative ordeal that that often feels like it was made just to put those earlier misfires into perspective. The only thing more predictable than this high-concept police story is the idea that a year as punishing as 2017 would save the worst for last."

If you're one of the few who enjoyed Bright, you're not alone. The Guardian's Steve Rose commended the film for taking risks, saying, "For all its flaws, Bright is still a headlong leap into a bracingly different new world. Cinema could do with more of that." He also praised Edgerton's performance, writing that he "gives his orc character a credible blend of timidity, dignity and inner turmoil."

Vanity Fair's Jordan Hoffman wrote of the film's potential to ruin Netflix's big Hollywood debut. "There is a whiff of an interesting idea in there, but it is buried in tedious scenes lacking clear direction, endless generic (and poorly lit) shoot-outs, and cringeworthy sequences of allegedly witty banter. This movie is an absolute wreck — which is unfortunate, as it is also something of a big debut for Netflix's original-films shingle." 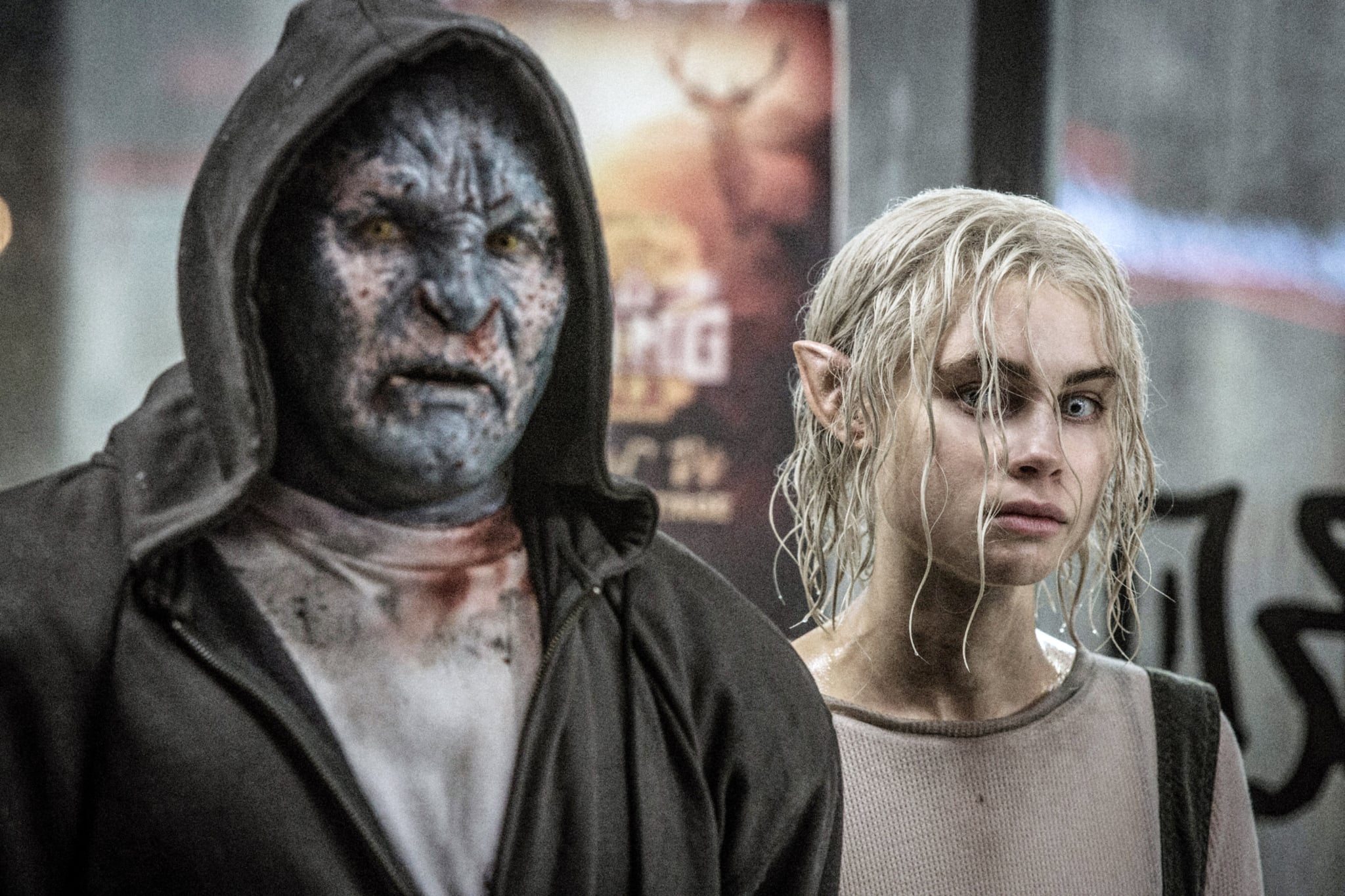 Noel Murray of the Los Angeles Times called it "less than thrilling" and questioned its sequel potential. "It's hard to imagine Bright inspiring anyone to want to see or make a full-blown series of films. Aside from a few nifty ideas and the occasional amusing or exciting scene, this film is a chore."

Vulture's Emily Yoshida took issue with the film's choice to merely skim the surface when it came to exploring its racial undertones (even if that was for the best). "Bright turns out to be more interested in its mythrilpunk world-building than any kind of social commentary, which is a good thing, because while it is so-so at the former (the plot holes in this thing), it is clearly out of its depth with the latter," she wrote.

Fortune's Scott Mendelson declared Bright "a giant Christmas/Hanukah gift from Netflix to the major studios" since it shows the streaming giant might not be as big of a threat to them as they think. "Congratulations, Netflix!" he writes. "You can make a visually grotesque, dreadfully dull and hopelessly convoluted would-be franchise action movie just as well as the stereotypical Hollywood machine!"

Variety's Peter Debruge was a huge fan of the daring genre bender. "Bright is the best Netflix original movie to date, and it absolutely deserves to be seen on the big screen, though don't let that stop you from watching it home, as End of Watch director David Ayer's welcome return to the cop-movie genre — following a disastrous wrong turn into Suicide Squad territory, of which we will say no more — fills an intense, grown-up movie niche that Hollywood once did so well, but has since replaced with formula-driven product."

Bright is now streaming on Netflix.

Movie Reviews
The Reviews Are In! Our Editors' Picks From the Sundance Film Festival
by Monica Sisavat 6 hours ago

Movies
"Encanto" Is a Certified Hit — So Will There Be a Sequel? Here Are the Chances.
by Brittany Sims 7 hours ago