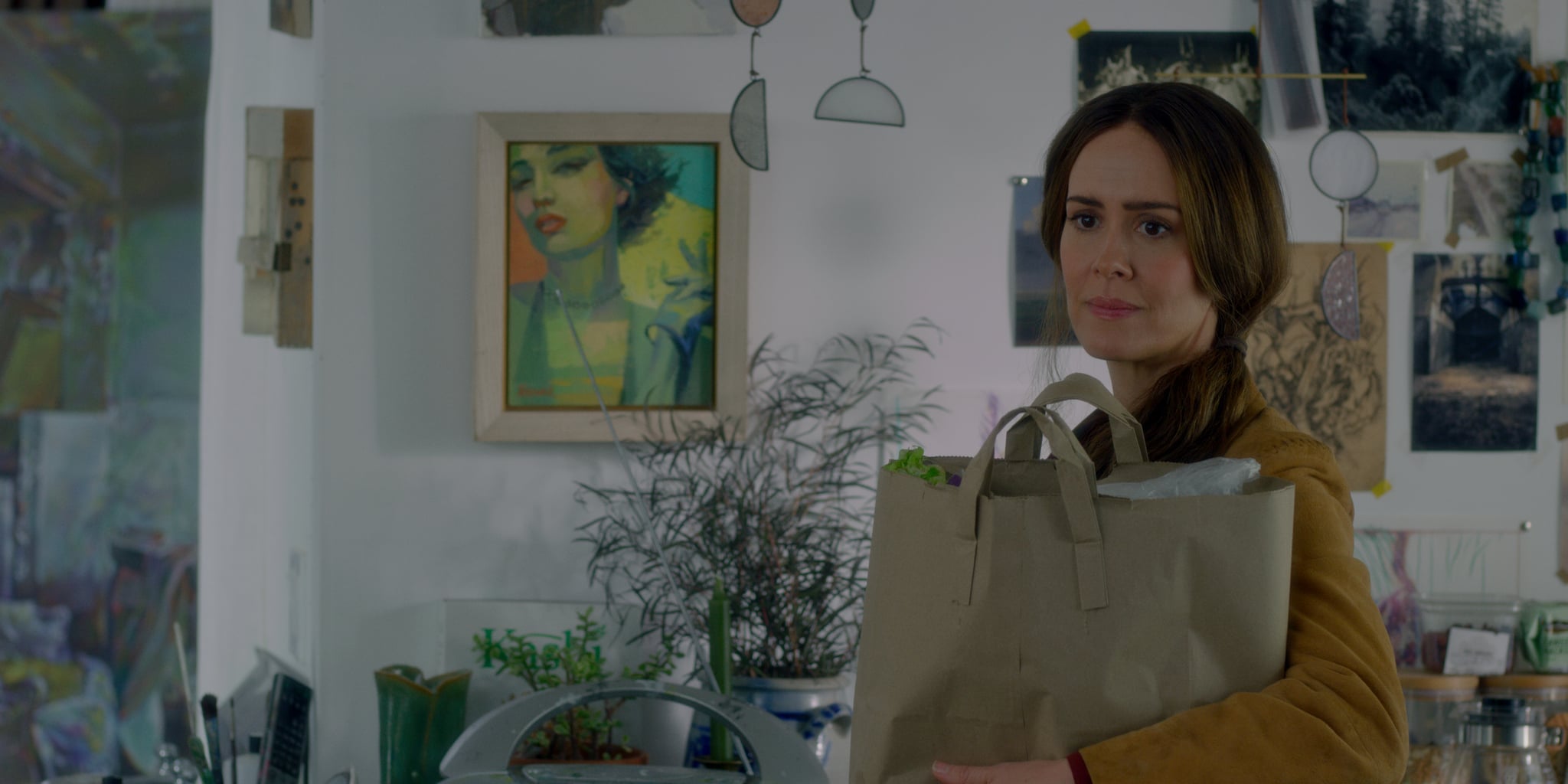 The ensemble cast of Netflix's Bird Box is really quite something, isn't it? Between superstar Sandra Bullock battling against the apocalypse and John Malkovich doing . . . well, whatever it is he's doing in that movie, there's a lot of people to keep track of. Even Machine Gun Kelly is in there! And Get Out's Lil Rel Howery! And Catfish host Nev Schulman!

Yes, Nev "Reverse Google Image Search" Schulman actually has a hard-to-spot cameo alongside his wife, Laura Perlongo, in the horror film. As it turns out, they're two of the figures featured in the painting Bullock's character, Malorie, is working on at the start of the film when her sister (Sarah Paulson) stops by to drop off groceries.

"#BirdBox was scary and all, but the creepiest part is how much the couple in Sandra Bullock's painting looks like me and Laura..." he joked on Twitter, before adding that their cameo is purposeful. "JK JK...we actually know the artist who did the paintings for #BirdBox and posed for her (check her out on insta @lilyjmorris)."

#BirdBox was scary and all, but the creepiest part is how much the couple in Sandra Bullock’s painting looks like me and Laura...🙈 pic.twitter.com/mfVLBm0iUt

JK JK...we actually know the artist who did the paintings for #BirdBox and posed for her 😜 (check her out on insta @ lilyjmorris) pic.twitter.com/pKcuuX8dhg

Morris is an incredibly talented artist, and this isn't the first time Schulman and his wife have posed for her. An intimate painting of the couple kissing is featured in Playboy's interview with Morris from July, in which she discusses painting from "the voyeur's view."

"I spent my young life desperately trying to figure out how to be in a successful relationship with a partner and my tumultuous self," she told the magazine. "I made these paintings to reflect on the realizations I've had along the way as well as the insights collected from honest and equally chaotic friends."

Sounds a bit like the journey Malorie takes in the film, no? Check out Morris's impressive painting from Bird Box, below.

Reese Witherspoon
Melanie Lynskey Is in Touch With Some of Her "Sweet Home Alabama" Children: "Very Cute, Sweet Kids"
by Eden Arielle Gordon 21 hours ago

The Tonight Show Starring Jimmy Fallon
So, Apparently Maitreyi Ramakrishnan Loves to Lie About Being Mindy Kaling's Cousin
by Victoria Edel 21 hours ago