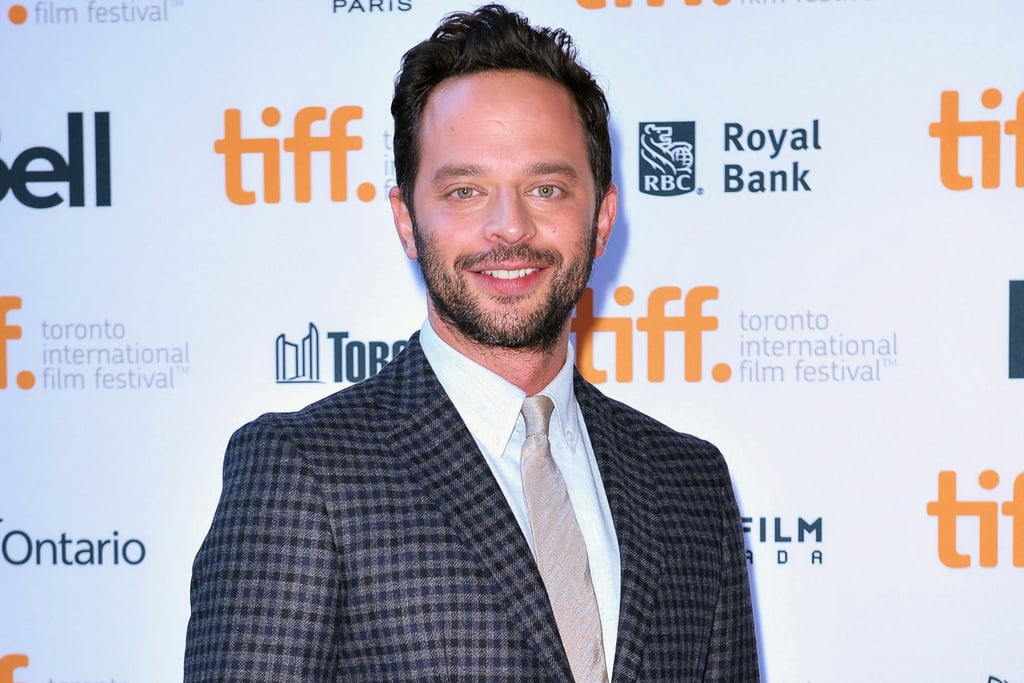 Nick Kroll is gearing up for the end of both of his popular series, with Kroll Show ending after season three and The League concluding after its seventh season. Don't start mourning yet; we have a year of great TV to look forward to, starting with the exciting return of Kroll Show tonight. All the characters we've grown to know and love (including Liz and Liz) are back, plus guest stars like Amy Poehler, Seth Rogen, Jenny Slate, and Nathan Fillion. We had a chance to chat with Kroll about the upcoming season, the impending end of The League, and his surprising encounter with Lindsay Lohan.

POPSUGAR: How do you feel about The League ending after next season?
NK: It's a weird thing to have two shows that are incredibly fun to do in different ways. Letting things run their course is a good thing and continuing to do work that feels fun, inspiring, and fresh is great. I don't take for granted that I get to do a show as fun and popular as The League. Everybody involved is so funny and talented that I can't wait to see what they all do going forward. It's been a really fun show, but it's never a bad thing to leave a party a little early.

PS: Which Kroll Show character's storyline are you most excited about this season?
NK: A bunch of the characters, because it wasn't intended to be the last season, have very full arcs. People are gonna love what happens with PubLIZity. One of the biggest bombs that we drop is that Liz gets bangs, and that's a pretty big thing to happen to her.

PS: Have you had any weird fan encounters?
NK: People who like the show really like the show. John Mulaney and I were at Canter's Deli in LA and a waiter delivered a tuna sandwich to us. We were like, "No, no, we didn't order this." He pointed over to a couple guys and pointed at a note and it said, "You've been pranked." We were literally pranked with too much tuna, and we fell for it, immediately.

PS: Which famous person have you been surprised to hear is a fan?
NK: It's always really funny when you find out people like the show. Seth Rogen guest-starred on seasons two and three, partly because he's hilarious and partly because he started tweeting at me about the Canadian stuff we were doing on the show — he's a Canadian. Years ago, I was at a party that Lindsay Lohan was also at. She was like, "We've met before." I was thinking, "Oh, that's nice that she says that as a way to make people feel good." An hour later, she came up and was like, "You're Bobby Bottleservice!" She and her sister would text Bobby Bottleservice lines to each other back and forth, because I think they have encountered a lot of Bobby Bottleservices over the years.

PS: Which character is the least fun to have on the set?
NK: C-Czar was the most difficult because you didn't know if he was going to show up to set on time. Gil Faizon and George St. Geegland, played by John Mulaney, were also the least fun because they literally smelled like tuna fish.

PS: If you had to be one of your characters for all eternity, which one would it be?
NK: The makeup is pretty intensive for most of the characters, but Aspen from Rich Dicks would make the list. He has all that money, but he's so sad and empty that it wouldn't be that fun. The one that requires the least makeup is Nick Kroll, so I'll stick with that.

PS: Which one are you going to be happy you never have to do again?
NK: Liz. I love being Liz, but being a woman is really hard. All the makeup and the Spanx and the high heels and the jewelry. It's exhausting. I've always loved women, but I have even more respect for them knowing what they go through. Granted, most women don't have to shave every day to avoid a five o'clock shadow. That said, Liz is one of the most fun ones for me to do and improvise with every day.