In recent years, pop culture has witnessed the true-crime genre dominate podcasts, films, and series with works such as Serial, American Crime Story, and The Staircase. But seldom has the world seen a production process quite as involved as that of HBO's upcoming drama O.G., which is shot inside of an actual prison and stars real inmates. Because of the relevant and believable storyline, you may be wondering if it's inspired by a true story. Before the movie and its complementary documentary (more on that below) air, here's what you need to know about its story and groundbreaking film-making approach.

O.G. Is NOT Based on a True Story

O.G. is about Louis, an incarcerated man who was once the head of a prison gang and now awaits his impending release after a 24-year sentence. As Louis tries to save a new inmate named Beecher from trouble, he reflects upon his crime as well as the struggles of reentering society. It stars Westworld's Jeffrey Wright in the leading role, which earned the seasoned performer an award for best actor in a US narrative feature film at the 2018 Tribeca Film Festival.

O.G. may feel true to life, but it's not based on a singular real event or person.

The Production Is as Authentic as It Gets

While the story is fictional, the production of the film is as real as it gets. Emmy-winning director Madeleine Sackler shot the movie inside Pendleton Correctional Facility, a maximum security prison in Indiana. There, she worked with the staff and inmates, the latter of whom would become her actors on set.

"We shot O.G. in five weeks, getting completely locked out one day, but we were able to make it up on a Saturday," Sackler said in an interview with IndieWire.

There were often location-related issues, but the crew adapted. Though there were obstacles, the director was surprised with how much got approved when she sent in her ideas to prison administrators. "When writing the script, I did a spreadsheet breakdown of every scene and location. I would highlight in the spreadsheet anything special about the scene," she said. "I then reviewed the spreadsheet with the prison administration, thinking we may need to cut 30 percent of the things and rewrite it. They approved all of it, which was surprising and exciting." 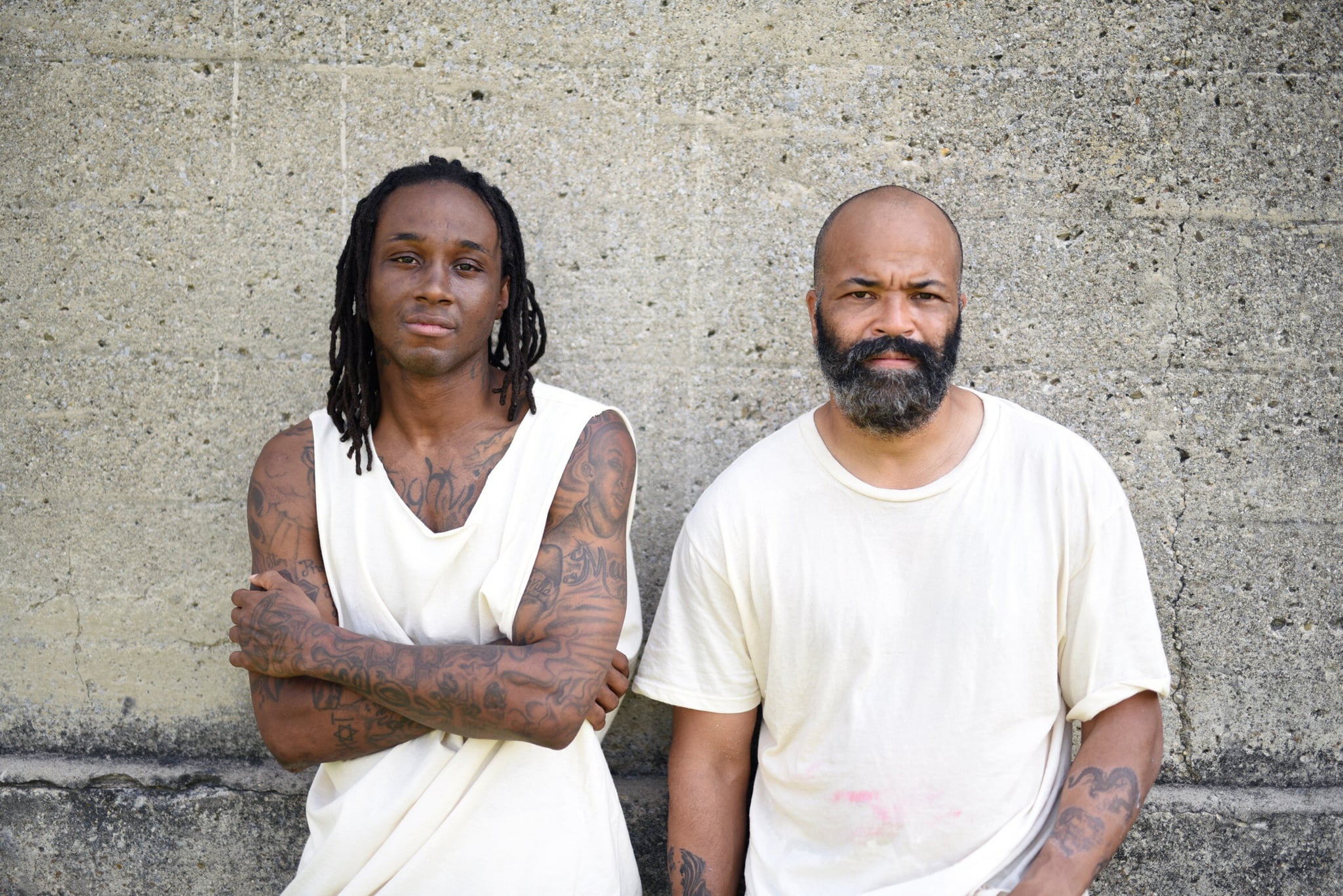 The Film-making Process Led to a Documentary

Sackler went into production with the intention of making one scripted movie. Prior to production, she taught a film-making workshop to 13 inmates at the prison, some of whom would become first-time actors on O.G., including Theothus Carter (above, with Wright) in the role of Beecher. While they learned about acting, editing, and shooting films, the men interviewed each other and decided that they wanted to make a film together about their stories.

The collaboration would turn into the documentary It's A Hard Truth Ain't It. The film reflects upon the circumstances and choices that led to these men's imprisonments. Sackler codirected it with her students and enlisted the help of Yoni Goodman, who worked on animated sequences for the critically acclaimed Israeli documentary Waltz with Bashir.

If you found Sackler's film-making process fascinating, both the feature and documentary will be available to stream on Feb. 23 on HBO.