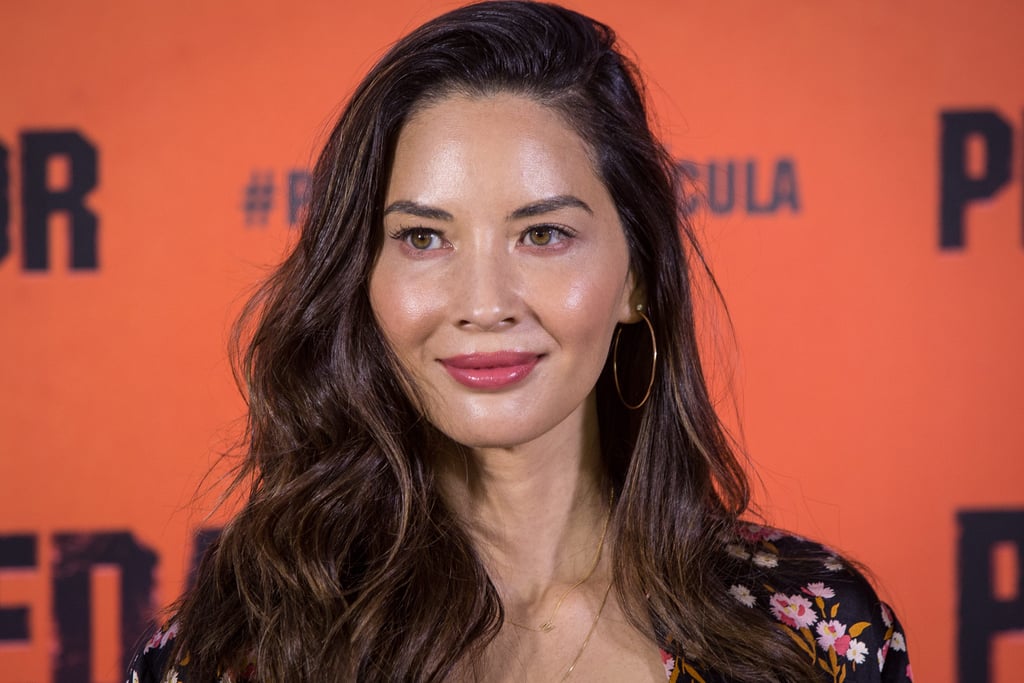 Olivia Munn Addresses Predator Controversy: "If It Costs Me My Career, They Can Take It"

On Sept. 6, news broke that 20th Century Fox had deleted a scene from its upcoming movie The Predator, the fourth installment in the series. The scene featured Steven Wilder Striegel, a registered sex offender who had been cast by his longtime friend and director of The Predator Shane Black. While the studio stated it wasn't aware of Striegel's background when he was cast — there are legal limitations that prevent studios from running background checks on actors — it was alerted to the fact by Olivia Munn, the sole member of the principal cast to share a scene with Striegel. Once Munn shared Striegel's past with the studio on Aug. 15, executives quickly removed the scene from the movie.

Black, who knew of his friend's background, defended his decision to hire Streigel as a jogger who repeatedly hits on Munn's character. In a written statement to the Los Angeles Times, the director said, "I personally chose to help a friend. I can understand others might disapprove, as his conviction was on a sensitive charge and not to be taken lightly."

Striegel pleaded guilty in 2010 after allegations that he attempted to lure a 14-year-old girl into a sexual relationship though emails. He served six months in jail before returning to a life of acting, with Black also casting him in Iron Man 3 and The Nice Guys. Munn, who was not made aware of Striegel's background when she agreed to act alongside him, admitted that it was Black's decision not to inform the cast and crew, a fact that she found "both surprising and unsettling." She also shared her feelings on Twitter, stating that a big part of the problem was having the opportunity to make an informed choice about whether or not to work with him taken away.

In addition to this statement, the @latimes also reported that Wilder said Shane was “aware of the facts” of his arrest. He made a “personal choice” to continually work with a convicted sex offender, but I didn’t have a choice. That decision was made for me. And that’s not okay. https://t.co/AHAyV19tJq

"However," she said to the LA Times, "I am relieved that when Fox finally did receive the information, the studio took appropriate action by deleting the scene featuring Wilder prior to release of the film."

Cutting the scene was enough to make Munn feel that the situation was resolved; however, the lack of support from her cast members — including Augusto Aguilera, Trevante Rhodes, and Keegan-Michael Key — has been an obvious sore point during the film's recent promotional tour. The actress plays scientist Casey Bracket in the film and has been vocal about the reaction from her costars and the studio, telling Variety that she initially didn't get a return call after reporting Striegel to the studio. "I did have to reach out again and say I didn't feel comfortable presenting at the MTV Awards with Keegan unless this guy was out of it."

Though Black has since apologized for his "error in judgment," Munn said that the public apology isn't the same as personally reaching out to her, which Black has failed to do. Her costars have been noticeably mum on the situation — a fact that was made more obvious when they, aside from 11-year-old Jacob Tremblay, backed out of scheduled interviews with The Hollywood Reporter during the Toronto Film Festival, most likely because of the controversy.

"It's a very lonely feeling to be sitting here by myself when I should be here with the rest of the cast," Munn said when asked how she was handling it all. "It's not an easy thing to be the one to speak up. There are people who get mad at you for not helping them bury it. It's honestly disheartening to have to fight for something so hard that is just so obvious to me. I don't know why this has to be such a hard fight. I do feel like I've been treated by some people that I'm the one who went to jail or I'm the one that put this guy on set. I found out, and it was really important to me to have the scene deleted. And when the press found out, they asked for a statement, I gave a statement."

.@OliviaMunn: "It's not an easy thing to be the one to speak up. There are people who get mad at you for not helping them bury it ... I'm sitting here by myself when I should be with the rest of the cast" https://t.co/vBnjnVz9cA pic.twitter.com/jP3qReJh64

While speaking with Vanity Fair, Munn revealed that the absence of support from her costars made her feel like she was the one going to jail. "I didn't go to jail. I didn't put this guy on our set. I had this scene deleted. That's not OK, to feel like the bad guy," the actress explained. "Getting a convicted sex offender out of a movie that has global reach is extremely important, but the reality of what I've had to go through in this process of just finding out, it's a crazy thing. It's like I stumbled upon something and now I'm being chased by everyone and isolated."

Although she hasn't felt embraced by her costars, Munn is feeling the support she needs from social media. While accepting an award at the Creative Coalition's Spotlight Awards Dinner, Munn took the time to thank her online community of fans. "The support from online and when I walk down the street and random girls say 'thank you' and 'you're my hero,' it just means so much because you kind of need that validation sometimes or you think, 'Am I crazy? You're supposed to say something,'" she said.

Munn's costar Keegan-Michael Key — who left TIFF early to observe a religious holiday and wasn't booked for The Hollywood Reporter interview — issued a statement through his publicist that read: "Keegan reached out to Olivia privately last week to let her know how proud he was of her and echoed that sentiment in many interviews since then." 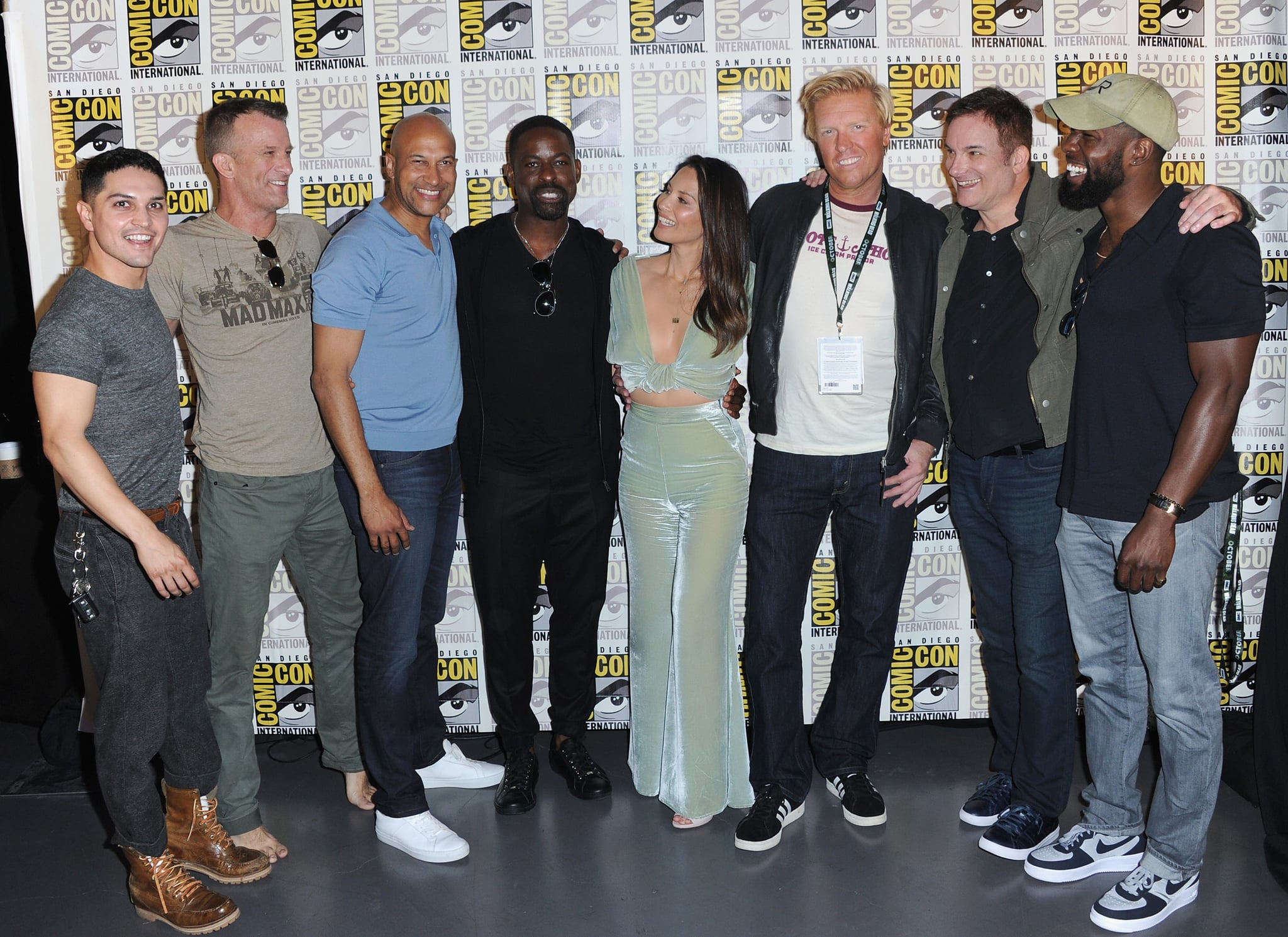 Sterling K. Brown, who was also not at TIFF, followed suit and reached out to Munn on Twitter soon after her interview was published. Though Brown defended his costar and echoed her sentiments regarding the cast and crew having the right to know who they're working with, the timing of his response could be seen as questionable. Costars Rhodes and Aguilera have since added their two cents in a group interview alongside Munn with the LA Times. Rhodes stated that he was disappointed with "the situation," not with Black, and that he was happy Munn spoke up. Augilera agreed, praising his costar's courage for speaking out publicly.

Whether or not she truly has her costars' support, Munn doesn't regret speaking out publicly. In a response to praise from actor Thomas Sadoski, she said, "It's amazing how many people expect you to put the movie first, especially if you're the lead. On something like this — where a child has been hurt — my silence will never be for sale. And if it costs me my career, they can take it."

Keep reading to see a full breakdown of the tweets about the controversy that have come out thus far.

Insecure
6 of Natasha Rothwell's Best Roles, Because She Understands the Assignment Every Time
by Naledi Ushe 23 hours ago