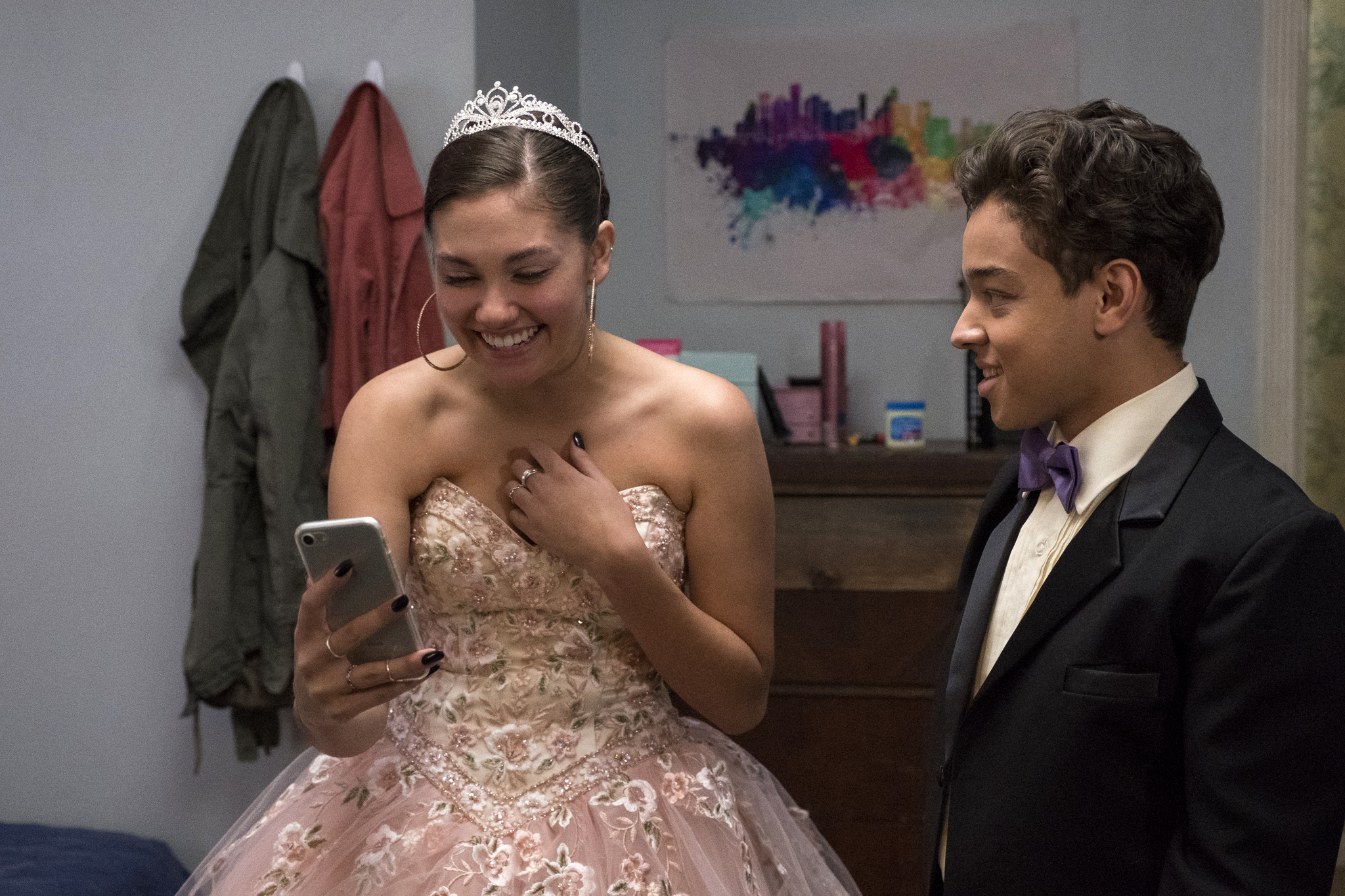 Any fan of Netflix's original teen dramedy On My Block is definitely having a moment right now. After months of waiting for news on the show's season two renewal — which came in March 2018 — fans have been anxiously looking out for any bit of information on what the second chapter will entail. Now, a year later, we not only got the official premiere date but also the first few minutes of the second season premiere! It's all very exciting, but it also leaves us with a big question left from season one: what happened to Ruby and Olivia?

For anyone who needs a refresher, the climax of season one leaves us on a traumatizing cliffhanger. The majority of the first season follows lifelong friends Monse, Ruby, Cesar, and Jamal as they navigate the ups and downs of their high school freshman year and the chaos of life in the rough neighborhood of South Central Los Angeles. They deal with love, sex, money, and the jarring gang violence that seems to permeate every aspect of their young lives. Through all the craziness of their lives, the four manage to stick together and welcome a fifth member, Olivia. But by the end of the season, things end with a very explosive bang when both Ruby and Olivia take bullets meant for Cesar from a rival gang member during Olivia's quinceañera.

Related:
On My Block Season 2 Drops on Netflix at the End of March — Watch the New Trailer!

As the finale ends, we see the newfound lovebirds bleeding out from gunshot wounds to the chest on the party's dance floor and two ambulances racing through the neighborhood. Both wounds look serious, but Olivia's looks particularly fatal, even as we hear Ruby desperately gasping for breath. Fans were stunned with horror at the moment as the screen fades to black and as Twitter user calminthecut said, "My boy Ruby ain't deserve that, or Olivia."

We don't want to wish death on either teen, but it's hard to say which one had the better chance of surviving their wounds. The season two trailer shows glimpses of Monse and Cesar preparing for a funeral, Jasmine crying before a memorial for an unknown young woman, and Ruby's mother and grandmother tearing up while looking at a photo of Olivia and their son. So, one could believe that they've both perished. But the last shot of that same trailer also shows Ruby lying in what looks to be a casket with his eyes closed, before he opens them at the very last second. And the official key art for the season shows Ruby alive and well, with no sight of Olivia.

With all the clues we've been given, it might be safe to draw the conclusion that Ruby survives his wounds. But we won't know for sure until the new episodes of On My Block drop on Netflix on March 29!