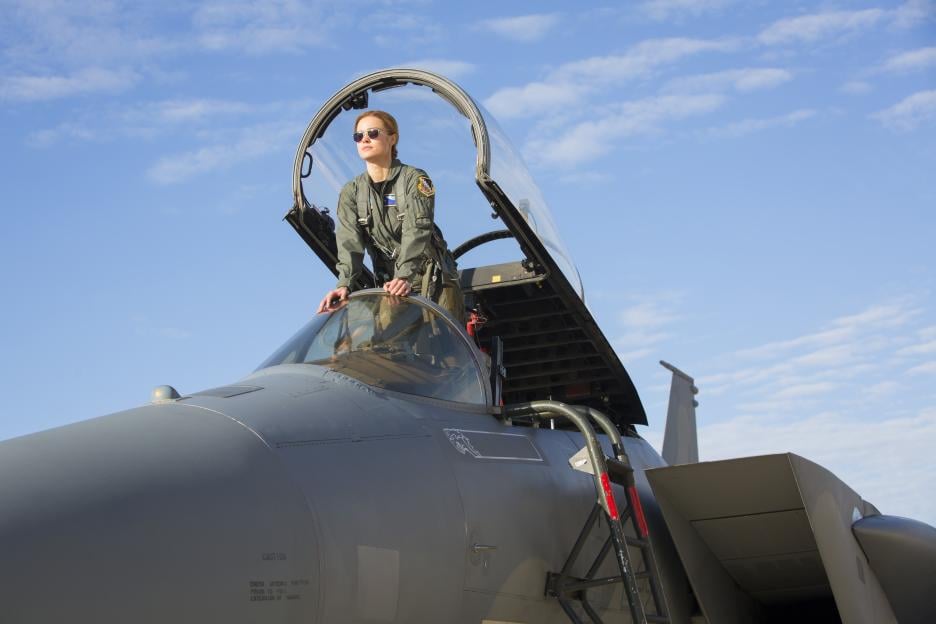 If you do some quick and dirty research on the origins of Captain Marvel, you might find yourself in a confusing rabbit hole. You'll encounter a handful of different iterations of Captain Marvel, a couple of them men. While superhero gender swaps are common, they tend to have more on-the-nose names such as She-Hulk, Thor Girl, or Lady Deadpool. Captain Marvel has been a title for all of Marvel's many iterations of the character, both male and female. Here's what you need to know about the naming history before you watch Brie Larson bring the ultimate version of Captain Marvel to the big screen this year.

Captain Marvel's origin is a thorny ordeal. We should start by explaining the very first time a character ever went by that name. In the 1940s, Fawcett Comics published a story about a boy named Billy Batson, who, whenever he cried "Shazam," turned into Captain Marvel. He had superhuman strength and eventually worked as a reporter. Because he sounded an awful lot like Superman, DC Comics wasn't particularly thrilled and decided to pursue legal action against Fawcett Comics, which eventually cut the character.

After the DC debacle, Marvel stepped in.

Later in the '60s, Marvel trademarked the name Captain Marvel. Over the years, the company would have seven different iterations of heroes with the name in order to maintain the trademark. The two most important ones that you should know are Mar-Vell and Carol Danvers. (As a quick shout-out, other characters who went by the name Captain Marvel include Monica Rambeau, Phyla-Vell, Genis Vell, Khn'nr, and Noh-Varr.)

The original Captain Marvel first goes by the name Mar-Vell and comes from an alien race called the Kree. Under the identity of a dead pilot named Walter Lawson, he becomes close with a NASA employee named Carol Danvers, who has an impressive résumé as a former Air Force officer, fighter pilot, and CIA agent. On Earth, he publicly defeats an enemy robot, and people begin calling him Captain Marvel. When a device called the Psyche-Magnetron explodes in the presence of Mar-Vell and Danvers, the latter absorbs the alien superhero's DNA and gains superpowers as a human and Kree hybrid. Danvers originally uses the title Ms. Marvel, but the comic company eventually renamed her Captain Marvel in 2012.

Shazam is definitely still well and alive in the DC Universe.

While all of this was happening on Marvel's end, DC eventually picked up Fawcett's version of the character in 1972, dubbing the series Shazam but still calling the protagonist . . . Captain Marvel. As you'd expect, with both Marvel and DC having a character with the same name, things got confusing. In 2012, in the New 52, writer and DC CCO Geoff Johns eventually just renamed this superhero Shazam to clear things up. Funny enough, DC's live-action version of Shazam just so happens to come out a month following the release of Captain Marvel!

Will Marvel touch upon this naming history in the upcoming movie? We'll have to wait and see how the Mar-Vell and Danvers relationship unfolds on the big screen. While Jude Law was originally said to portray Mar-Vell, it looks like he'll be playing Kree baddie Yon-Rogg, who's traditionally an enemy to both Mar-Vell and Danvers.

by Sabienna Bowman 22 minutes ago