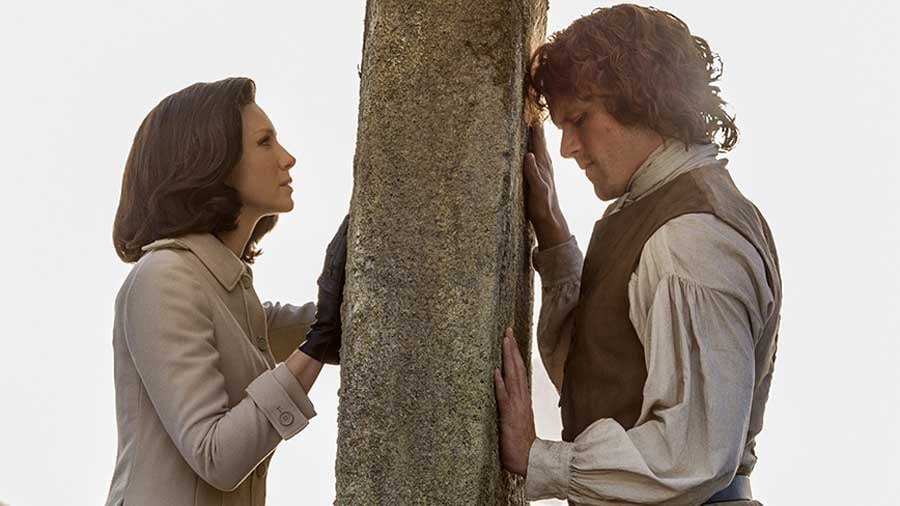 If you're an Outlander fan who has not read the books, do you sometimes feel like book readers are perhaps speaking a different language? Talking about things like the headstone, Mr. Willoughby, and the famous "print shop scene"? If you're particularly curious about that last one, we're here to help with a primer for this heart-stopping moment. Be warned: there are light book spoilers ahead.

In Voyager, the third book in Diana Gabaldon's series upon which the Starz drama is based, the print shop scene happens about a third of the way through the novel. In it, Claire has traveled back to Scotland (not a spoiler, we all knew that was coming) and is quite nervous about seeing Jamie again after 20 years. In fact, prior to leaving 1968, Claire asks her former medical school classmate and now-colleague Joe Abernathy if she is still sexually attractive. 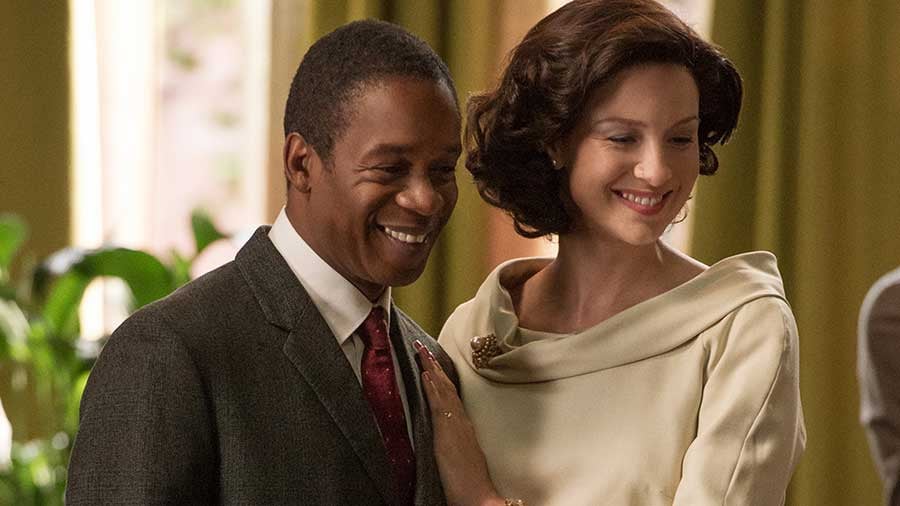 "I haven't seen [Jamie] in 20 years. You're the only person I know who's known me for a long time; have I changed terribly since we met?" Claire asks Joe.

Joe assures her that it'll be like going to a high school reunion. "You see they've got some gray, and some lines, and maybe they aren't just the same as they were, but two minutes past that shock, and you don't see it anymore. They're just the same people they always were," he tells Claire.

Actress Caitriona Balfe sat down for a group interview at the 2017 Summer TCA, where she explained that at first she was against Claire being so insecure, but she came to really like that aspect of the character.

"I think it ends up being quite a sweet thing to do because . . . it's boring to play someone as strong and positive all the time. It gives her a vulnerability that I think ends up playing very well," said Balfe. "At the end of the day, we all worry on some level about how we look and how somebody sees us and she's worried about meeting the man that she loved so much again after 20 years and it's not just, 'Is he going to love me again?' but, 'Will he actually find her attractive again?' which I think is a valid point to play."

So Claire pushes past her insecurities because, hey — it's Jamie (!), and they're about to be reunited. When Claire enters his Edinburgh print shop, Jamie is so stunned at seeing her (and that she's real, not a hallucination or a dream) that he faints dead away.

It's a lovely scene, definitely worthy of a epic romantic reunion between two meant-to-be lovers. And the show version does not disappoint, especially because it doesn't solely explore the scene from Claire's point of view. It also gives us some insight into Jamie's life and his perspective on seeing Claire again. 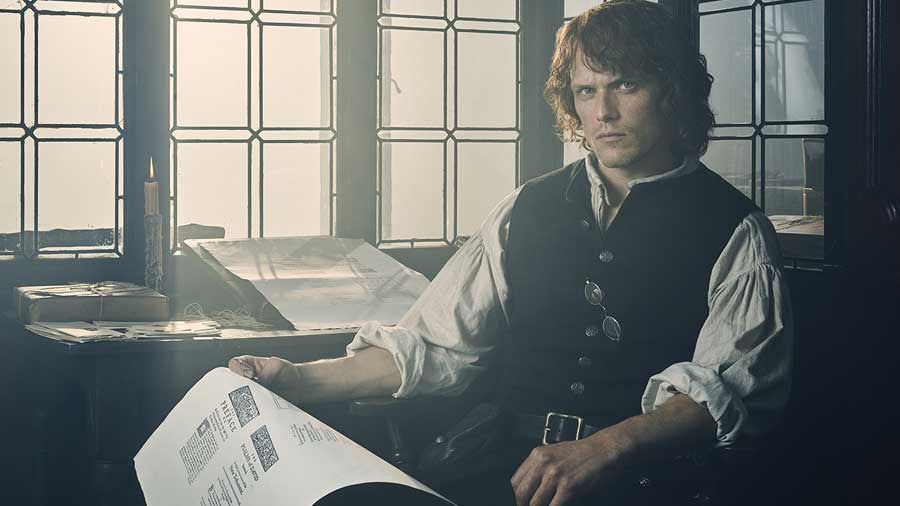 We can't tell you exactly when it happens, but we can tease for you that you don't have to wait too much longer. Showrunner Ron Moore revealed this Summer at the TCA that the big Jamie-Claire reunion is at least five episodes in, "almost halfway through the season," which is 13 episodes long.

Not only that, but if you think the print shop scene is great, hold on for the scene where Claire and Jamie spend the night in his room together getting to know one another again.

No specifics, but executive producer Maril Davis has teased a few juicy details for us. Davis said they are "so proud" of that episode because they spend "a luxurious amount of time" with that scene.

"We wanted to have it not be the classic romance-novel moment," added Balfe. "We wanted to play with it in terms of that they're like two teenagers again, to do some kind of mirroring to the wedding episode, where even though they've never forgotten about each other, they don't really know each other, so there's definitely a process of discovery and they're not quite sure what to do with their bodies or their words. I think that lends a realism to it."

"It's kind of our love letter to the fans," said Davis.

Beauty News
Stand By: There's a WandaVision Makeup Collection Coming to Ulta This Month
by Danielle Jackson 16 hours ago

TV
Watch the Trailer For Netflix's Sky Rojo, the New Show by the Creators of Money Heist
by Irene San Segundo 17 hours ago

The Tonight Show Starring Jimmy Fallon
John Legend Recapped the Pandemic With a Beauty and the Beast Spoof, and I Feel Seen
by Grayson Gilcrease 21 hours ago

John Legend
John Legend Doesn't Usually Turn For His Songs on The Voice, but This Artist Changed His Mind
by Kelsie Gibson 23 hours ago