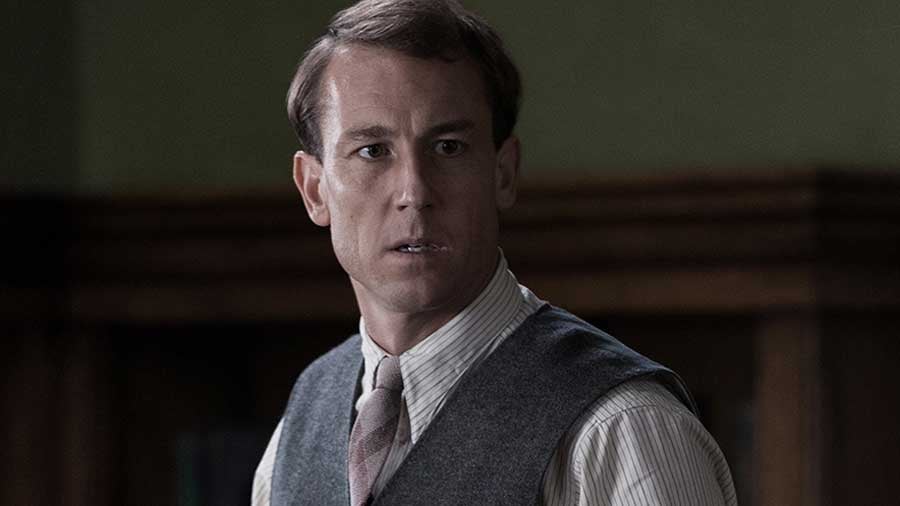 There's a moment in the Outlander season three premiere, just before Claire goes into labor with Brianna, when Frank gets up in the middle of the night to write to Reverend Wakefield. He asks the reverend to look into Claire's story, specifically the identity of this "Jamie" from hundreds of years ago. Frank writes:

I find myself in need of your assistance once more. I hope that you'll indulge me in undertaking some research regarding an 18th-century Highlander who fought in the Battle of Culloden. His name was James Fraser.

That's as far as Frank gets in composing his letter before Claire interrupts him to tell him that her water has broken, which means it's time to go to the hospital. In the next scene, Claire is in the throes of labor, the letter all but forgotten. If you're a fan of Diana Gabaldon's book series, however, this scene may have rung some bells.

Related:
Outlander Stars Hint at the Big Changes Ahead For Brianna and Roger in Season 3

I asked executive producer Maril Davis about this letter and the infamous headstone, so read on to find out how the show intends to deal with that aspect of the book . . . but be warned of light book spoilers!

In the book Drums of Autumn, Roger reveals that he has found a letter written from Frank to the reverend, referencing another, long-ago letter in which Frank asks Reverend Wakefield to place a gravestone with Jamie's name on it near Black Jack Randall's gravestone in St. Kilda's churchyard, which the reverend does. Frank's reasoning for this is that he thinks Claire will someday take Brianna to Scotland and Brianna might go looking for the grave of her ancestor Black Jack Randall. Jamie's gravestone would perhaps spur Claire to tell Brianna about Jamie (which it does, in Dragonfly in Amber). Unfortunately, the gravestone also leads Claire to believe she knows Jamie dies in Scotland, so she is fearful of his return there until she knows the truth. 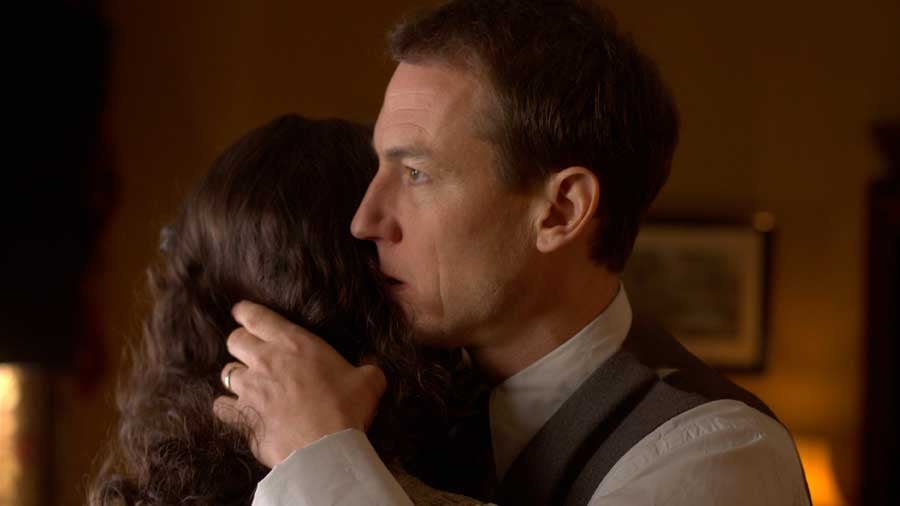 This letter Roger tells Jamie about also reveals that Frank has researched Jamie and discovered the Highlander survives the Battle of Culloden, but Frank doesn't tell Claire that out of fear she will leave him to try to return to Jamie.

Related:
6 Shows to Watch If You Love (and Miss) Game of Thrones

In all honesty, it's one of the more convoluted plot points — one that many readers have been confused by as well.

According to Davis, the Outlander writers feel the same way.

"I agree that we all find that confusing," she said. "I love [author Diana Gabaldon] and I hope she won't be mad at me — but it seemed really crazy that Frank would lay that headstone, and what does that mean? So, honestly, right now we probably won't play that."

She continued, saying, "But we did still feel like, though, Frank would have been looking for Jamie and would have wondered what happened to him and tried to figure that out, so that is something we want to play, but the headstone is something we had a really hard time figuring out how that would work. It seemed a little wonky."

So if any readers were hoping perhaps the TV series would clear up the headstone matter, think again. But there are still plenty of other juicy future things invading the past that are left for the show to explore.

by Pallavi Bhadu 52 seconds ago