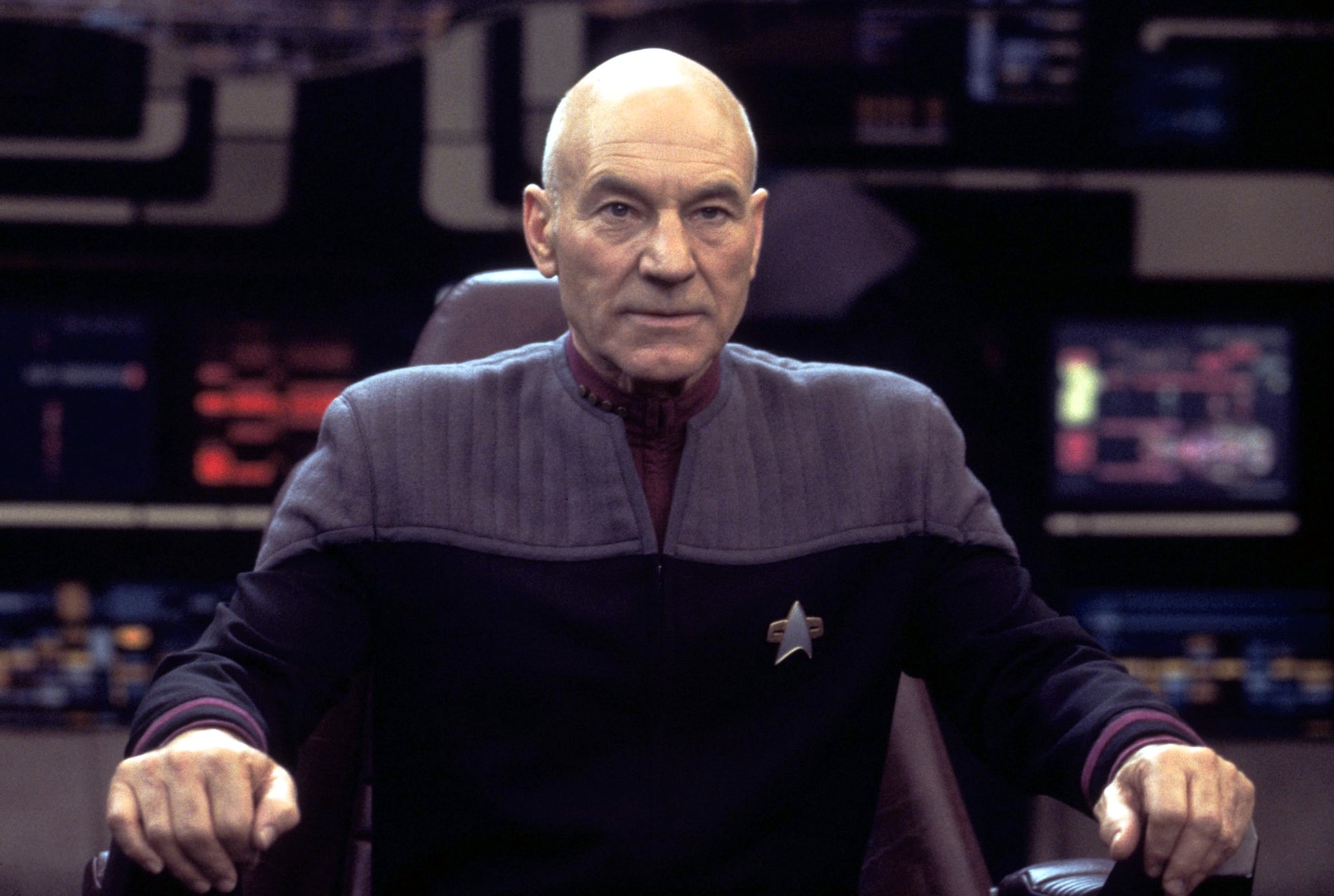 The captain is back! Patrick Stewart has officially signed on to reprise his iconic role as Jean-Luc Picard for the new Star Trek series on CBS All Access. Stewart played Captain Picard for all seven seasons of The Next Generation, as well as in four films. The new show will not be a reboot of Star Trek: The Next Generation but an exploration of the next chapter of Picard's life. Considering the number of reboots that have been popping up lately, this is definitely a refreshing concept for TV fans!

We first heard about a new Star Trek series in June, when it was announced that Star Trek: Discovery co-creator/executive producer Alex Kurtzman had signed a five-year deal to oversee the expansion of the Star Trek franchise. This entailed the development of a new series, a miniseries, and other content. Stewart confirmed the speculation about his return to the Star Trek universe with a surprise appearance at a Star Trek convention in Las Vegas.

"I will always be very proud to have been a part of Star Trek: The Next Generation, but when we wrapped that final movie in the spring of 2002, I truly felt my time with Star Trek had run its natural course," he said. "It is, therefore, an unexpected but delightful surprise to find myself excited and invigorated to be returning to Jean-Luc Picard and to explore new dimensions within him. Seeking out new life for him, when I thought that life was over."

Details of the untitled series are currently under wraps, but we do know that Stewart will serve as executive producer along with Kurtzman, James Duff, Akiva Goldsman, and Michael Chabon. There's no premiere date, but the show will air on CBS All Access, which currently airs Star Trek: Discovery and the short-form spinoff Short Treks. Stay tuned for more details as production begins!