Director David Ayer shared the first picture of the Suicide Squad cast in early April, but the world was left wondering about missing member Jared Leto. Aside from Scott Eastwood, who was likely busy promoting The Longest Ride, Leto was the only one missing. In response to the questions, Ayer posted a new photo of Leto sporting The Joker's signature green hair, and on Thursday, Leto posted his own Snapchat of his look. It's the final stage in a long transformation, but we need more! We cannot wait to see what kind of spin he puts on the villain, not to mention what his impressive stable of costars do with their roles! 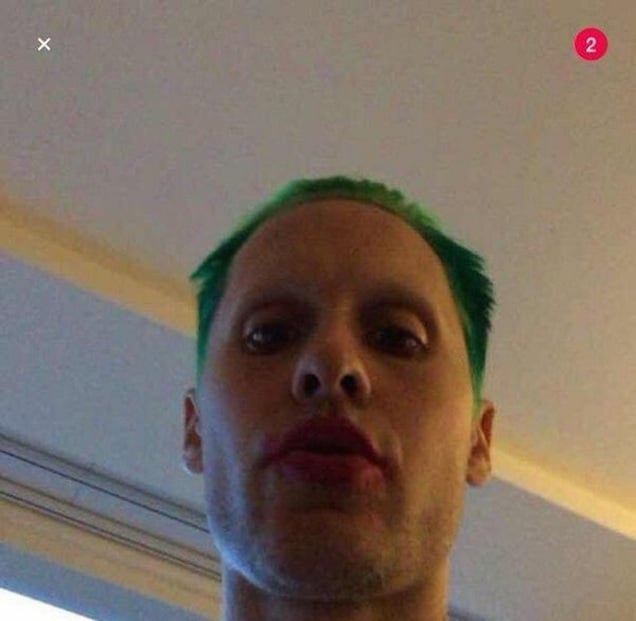 Jared LetoMoviesSuicide Squad
Around The Web

Harry Potter
What to Know About J.K. Rowling's Involvement in HBO's Harry Potter Series
by Amanda Prahl 1 hour ago