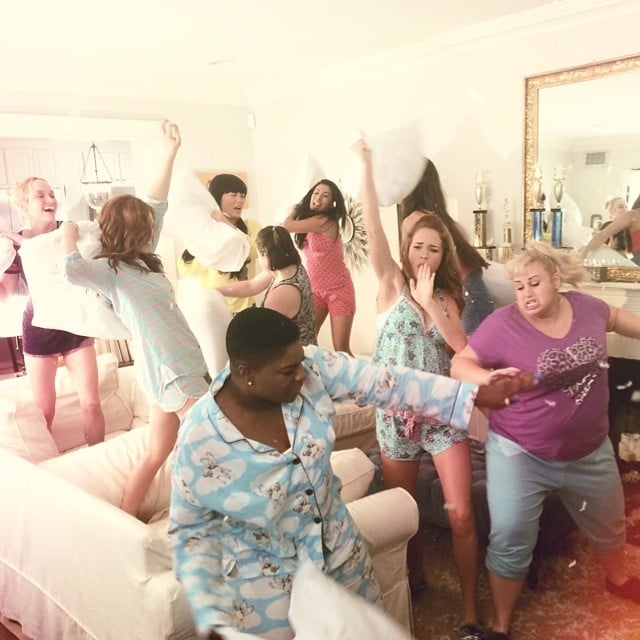 The Pitch Perfect 2 cast has been busy shooting the musical sequel in Louisiana, and it's clear that this cast both loves each other and has fun on and off the set. This week, Anna Kendrick revealed that most of the cast was wrapping up and leaving her to film alone, sharing a snap of an epic pillow fight. The whole cast and director Elizabeth Banks have been posting tons of pictures of other behind-the-scenes hijinks throughout filming. See what the tight-knit crew has been up to, and get a look at all the new and returning characters!

Movies
Believe It or Not, "Cocaine Bear" Is Loosely Based on Real-Life Events
by Alicia Geigel 2 hours ago

Movies
35 of the Most Anticipated Movies of 2023, From "The Little Mermaid" to "Dune: Part II"
by Victoria Edel 2 hours ago