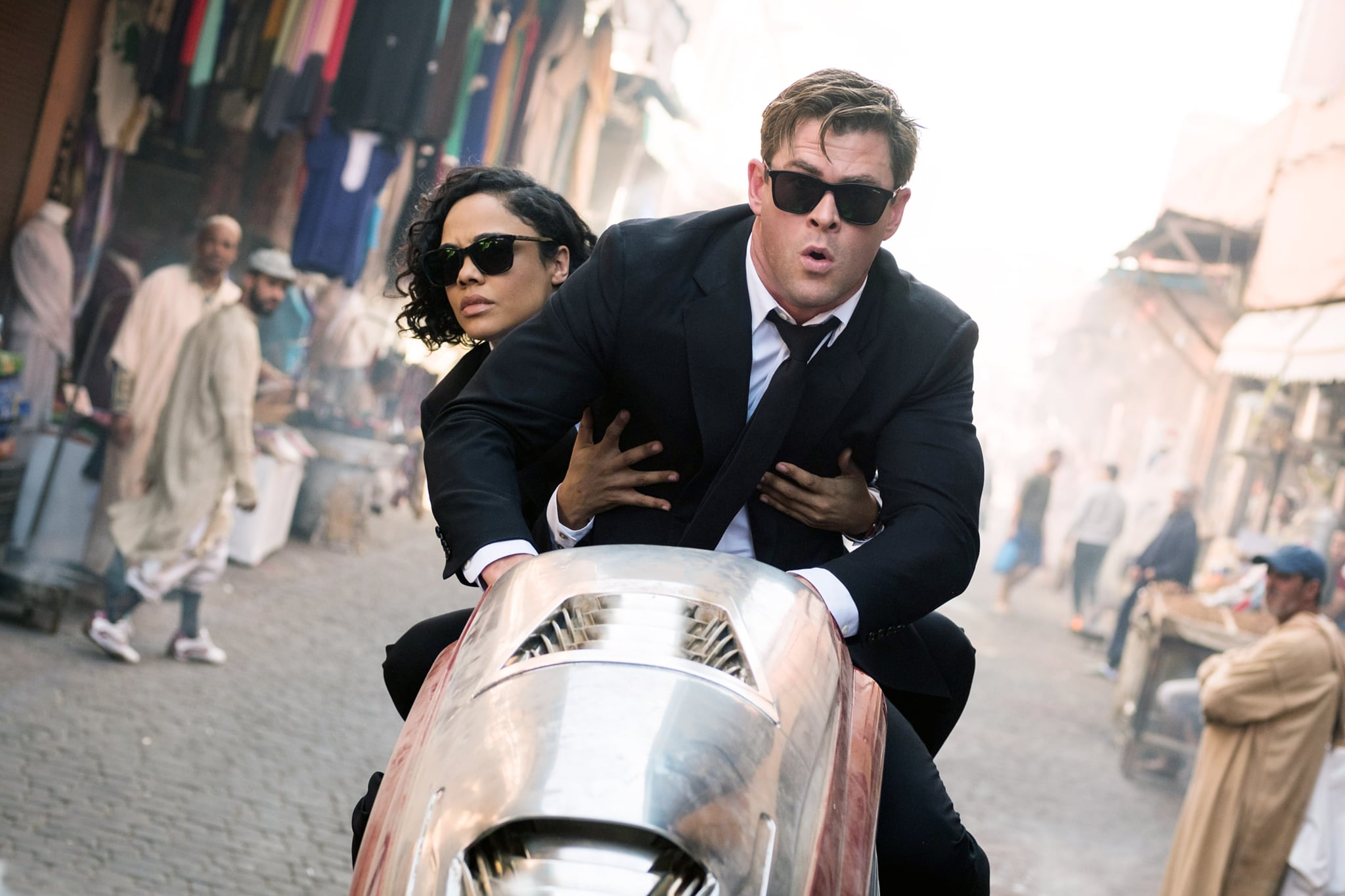 Men in Black: International is the latest entry in the MIB franchise and it's packed with as many finely tailored suits, mind-blowing aliens, and drool-worthy space weapons that fans can dream of. With a star-studded cast that includes Tessa Thompson and Chris Hemsworth, the flick is stacked with hilarity and action (though the plot can leave you scratching your head a little). Considering how the film's conclusion is pretty open-ended — and considering how much fun the cast had on-set — you're probably expecting a little treat after the credits scroll up. Sorry to say, movie lovers, but MIB: International is one of the Summer flicks without a special surprise at the end.

Some minor spoilers for Men in Black: International ahead!

While there might not be any cheeky footage for viewers patient enough to wait for the credits to roll, the film's ending does hint at a possibility for a future sequel. The bad guys lose and the good guys win, but just as Agents M and H seem to be saying their final goodbyes, the two reunite for one more roadtrip and decide to take the scenic route. With M getting promoted to a full-time agent heading for New York and H being promoted to High T of the London office, it could be a kiss off. But it doesn't feel like it! It's not much, but we can't help but wonder if that road trip could lead the two into another adventure.

Maybe a Men In Black: Milky Way? Or even something following agents M and H on their respective sides of the pond as they handle business in New York and London. It's a franchise about aliens and saving the world, there's infinite possibilities for another round!

Music
Welcome to the Space Jam: Here's Your Chance to Check Out the Songs From the Sequel
by Grayson Gilcrease 2 days ago