You know what the most refreshing part of Pretty Little Liars is? I hate to say it, but it's when our girls are actually in grave danger. It raises the stakes. It reminds us that A can be vicious, even ruthless, if necessary. It also reminds us that, contrary to popular belief, the girls are not invincible. In this week's episode, Emily winds up dangling out of second story window at school, while Hanna finds herself under the knife and at A's mercy. Poor Hanna. She always gets the worst of it. 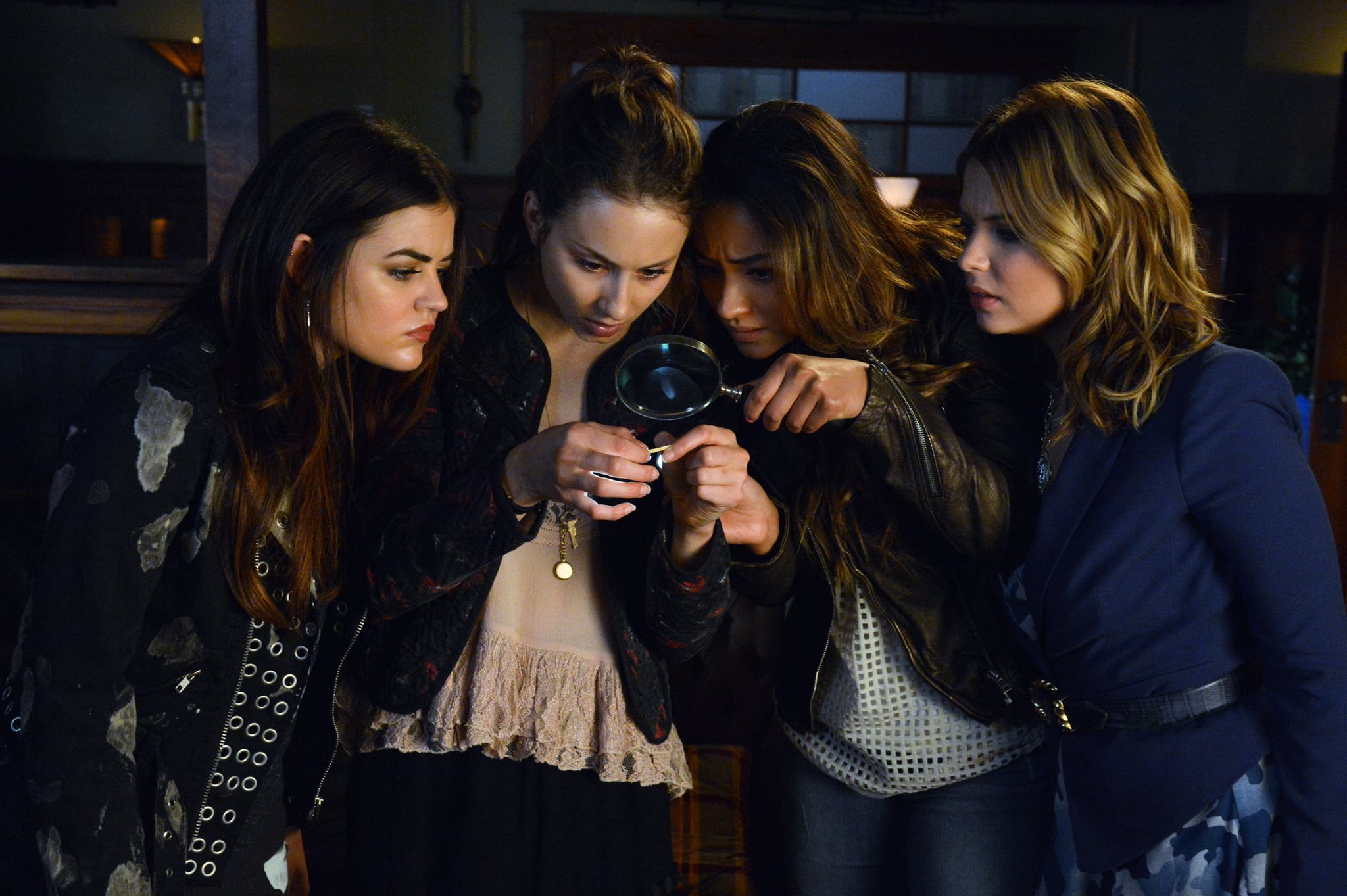 This week also features a new — and totally bizarre — romantic pairing, the emergence of drug and anger issues, and the ever-growing fear that Ezra was never a good person to begin with. Find out everything that had us gasping below.

Can't get enough of Pretty Little Liars? Head over to POPSUGAR Fashion to snag all the killer looks from the show!

Beauty News
Stand By: There's a WandaVision Makeup Collection Coming to Ulta This Month
by Danielle Jackson 9 hours ago

TV
Watch the Trailer For Netflix's Sky Rojo, the New Show by the Creators of Money Heist
by Irene San Segundo 10 hours ago

The Tonight Show Starring Jimmy Fallon
John Legend Recapped the Pandemic With a Beauty and the Beast Spoof, and I Feel Seen
by Grayson Gilcrease 15 hours ago

John Legend
John Legend Doesn't Usually Turn For His Songs on The Voice, but This Artist Changed His Mind
by Kelsie Gibson 16 hours ago