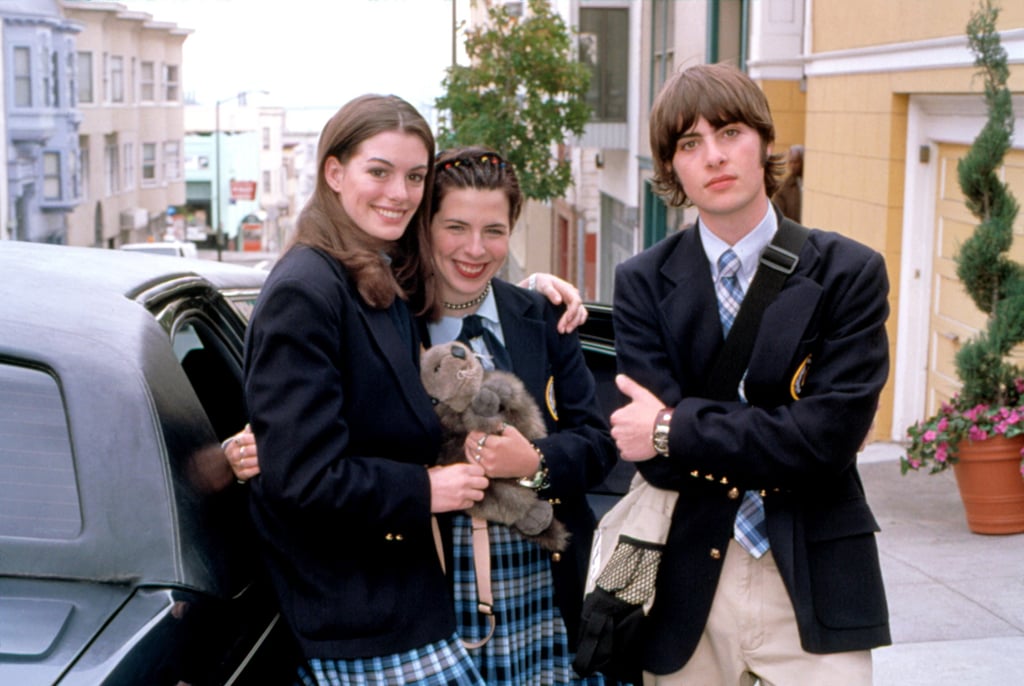 While others may credit The Devil Wears Prada as the best Anne Hathaway movie of all time, those of us who saw — and maybe bought the VHS copy of — The Princess Diaries beg to differ. The 2001 Disney comedy is a gem, and it also happens to be the big-screen debut of Hathaway. Director Garry Marshall has confirmed that he's looking to do Princess Diaries 3, which makes us all the more nostalgic about the original. Who wouldn't want to be Mia (Hathaway), a normal high schooler turned Princess of Genovia? She lives in an awesome house, has an incredibly cool grandma (Julie Andrews), and gets to do neat stuff like go to beach parties and royal balls. In honor of the star's birthday, we're brushing off some of the best GIFs from the movie. Let's take a look at some of those moments that you still haven't forgotten!