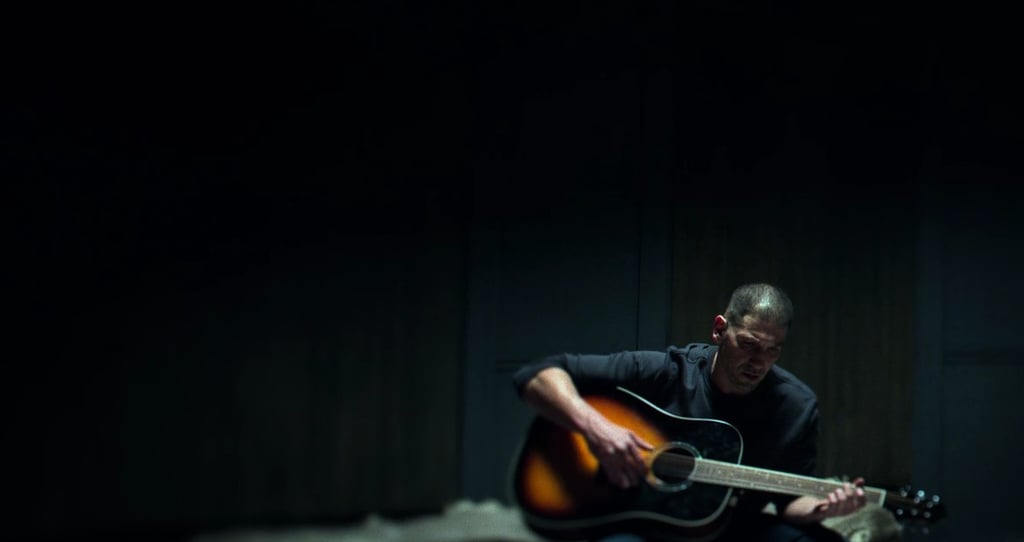 Every Song You Hear in The Punisher's First Season

In Marvel's The Punisher, former soldier Frank Castle (played by The Walking Dead and Daredevil alum Jon Bernthal) is a take-no-prisoners vigilante, taking on a dark criminal underworld while still being haunted by the death of his wife and children. The first moment we see Frank in The Punisher is through a montage of him playing the guitar with his daughter during happier times and with him strumming the same tune in present day, alone and in a dark room. Music is integral to how Frank copes with his loss, and the soundtrack to The Punisher gives viewers insight into how Frank navigates his harsh, twisted world.

Setting the musical tone for The Punisher is Tyler Bates, the lead guitarist from Marilyn Manson and a veteran composer whose work on movies like 300, John Wick, and Guardians of the Galaxy have made Bates the go-to composer for action films. Much of the music heard in The Punisher is original material by Bates, skewing toward the composer's own background in hard and alternative rock, and we've complied the songs featured throughout the series, which range from a disco classic to a soulful folk and blues track.

Check out all the music from season one below.

Michael Bublé
Thank You to Luisana Lopilato For Bringing Michael Bublé and Sebastián Yatra Together on Instagram Live
by Maria G. Valdez 4 hours ago

Relationships
Staying Home Separately, This Boyfriend Comforted His Girlfriend With an Original Song
by Kelsey Garcia 5 hours ago