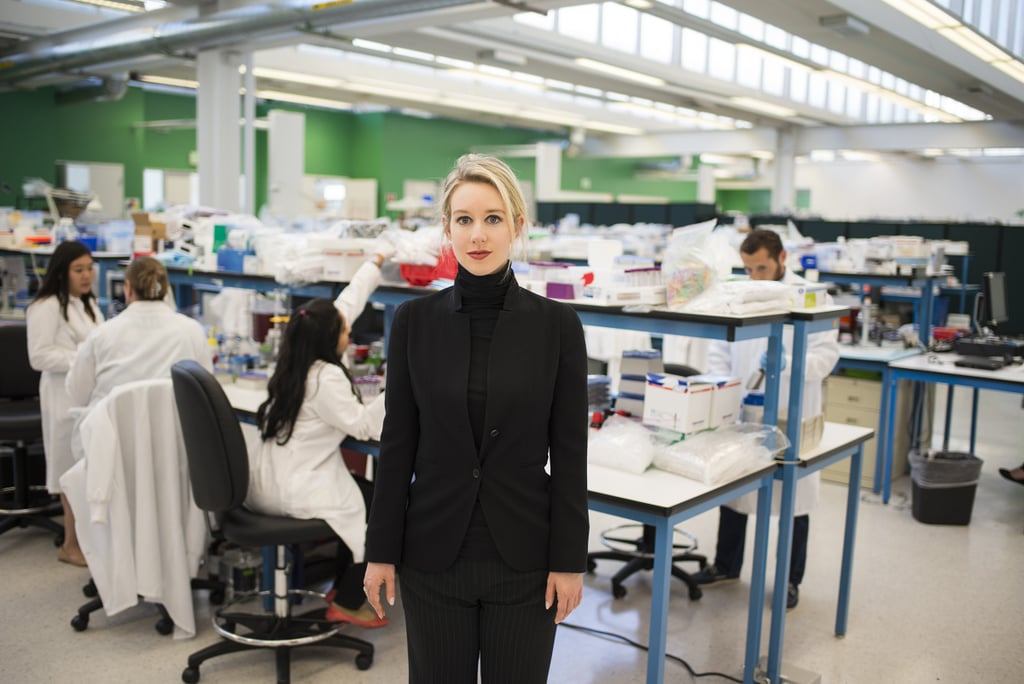 After More Than a Decade of Scamming Silicon Valley, Elizabeth Holmes Has the Internet Shook

Billy McFarland, you've been de-fraud-throned. On Monday night, The Inventor: Out for Blood in Silicon Valley aired on HBO, showing the sociopathic tendencies of former founder Elizabeth Holmes, her failed blood-testing startup Theranos, and its shocking impact on the tech industry. We have to admit, Holmes's ideas were definitely there. If the technology was there as well, Theranos could've revolutionized blood testing as we know it, buuuuut instead, a company that at one point was valued at $9 billion with 800 employees, failed to deliver on any of its promises, and attempted to defraud all of its very powerful investors.

For those who read Bad Blood: Secrets and Lies in a Silicon Valley Startup by Wall Street Journal reporter John Carreyrou or listened to the podcast The Dropout, the recently released HBO documentary provides a scarily vivid look at Holmes — the so-called "brilliant" Stanford dropout who was once compared to Steve Jobs and Thomas Edison (by herself and by others). Witnessing the deliberate lowering of her voice, the way powerful investors like Henry Kissinger and George Shultz raved about her, and how far she was willing to go to keep up this act was jarring.

Related:
The Inventor: Everything You Need to Know About Elizabeth Holmes Before Watching HBO's Doc

Following the two Fyre Festival documentaries and the overall infatuation with the demise of these fraudsters, one person wrote on Twitter that "Elizabeth Holmes makes Billy McFarland look like an amateur scam artist." He added, "She raised over $700m around a company that was just an idea. Nearly killed a gigantic part of our population. Was backed by the wealthiest people AND the presidential administration." But unlike the staff and attendees of Fyre Festival who knew it was doomed, the powerful people men funding Theranos had no idea.

As a viewer, it's impossible not to recognize the demographics of her early critics and supporters. The only person to immediately shoot down Holmes's dream was her female professor at Stanford, Dr. Phyllis Gardner, yet some of the most powerful men in the world were advocating for her and saying Theranos could change the world without once seeing proof of the alleged technology.

It's pretty insane to see how far Holmes and her partner Sunny Balwani were willing to go to keep up their act . . . and to keep it up for over a decade! Whew. Ahead, see how viewers all across Twitter reacted to the mind-blowing story that is Elizabeth Holmes and Theranos.

Related:
The Inventor: If You Think Elizabeth Holmes Has Been Keeping a Low Profile, You're Wrong
0
previous images
-1
more images
Previous Next Start Slideshow
HBOTVTrue StoriesTrue CrimeDocumentariesElizabeth HolmesThe InventorTwitter Reactions
Around The Web

Netflix
Lucifer Is Back in a Season 5 Trailer Full of Brotherly Woes, Butts, and Lots of Hellfire
by Mekishana Pierre 16 hours ago 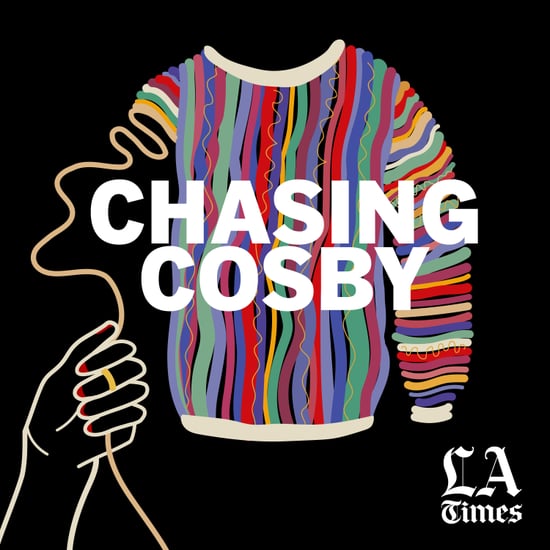 Music
The I May Destroy You Soundtrack Has So Many Bangers, It's Doubling as Our Summer Playlist
by Monica Sisavat 2 days ago