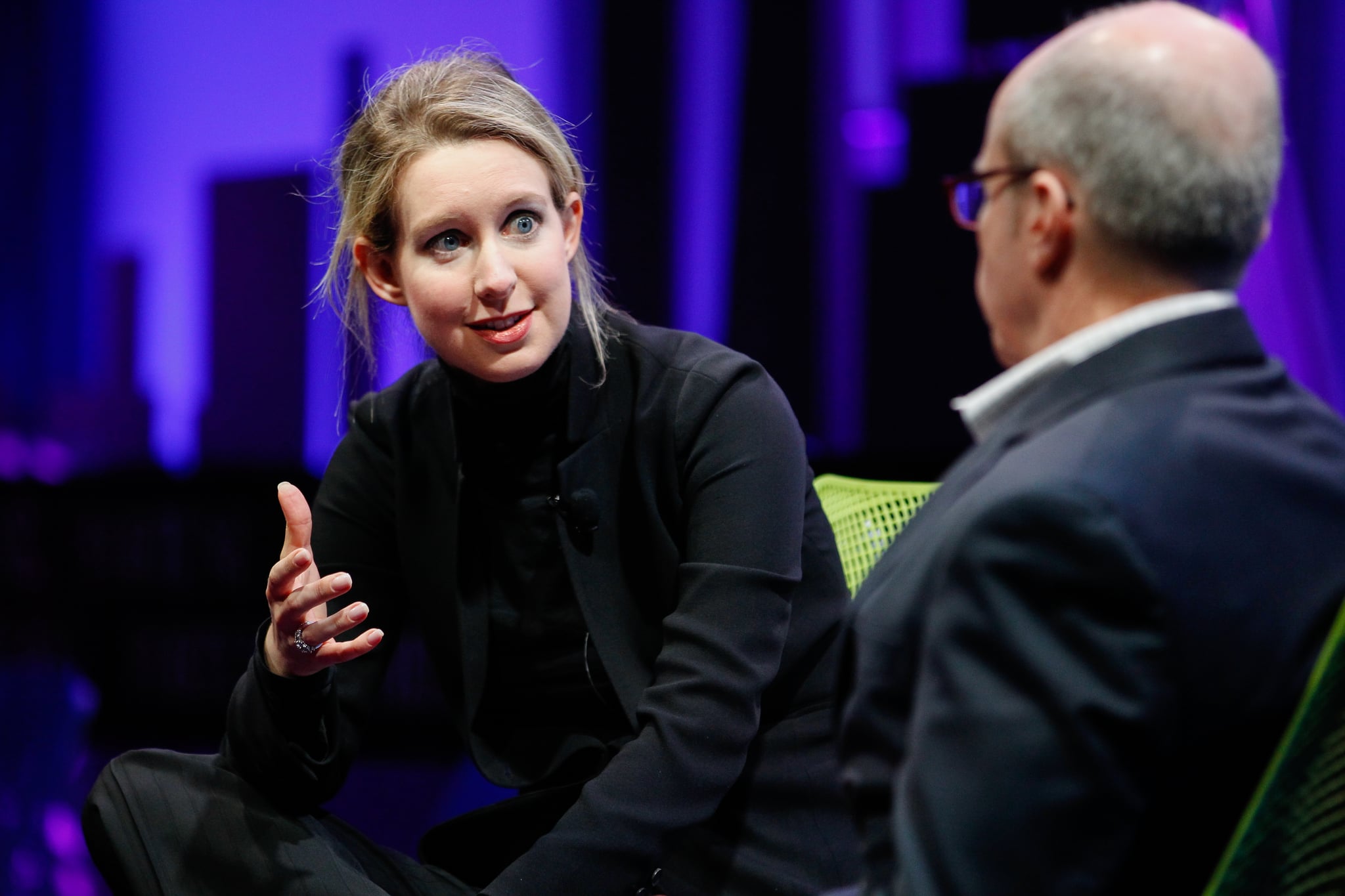 Kylie Jenner isn't the only young, female self-made billionaire who's ever made headlines. Before she fell from grace, Elizabeth Holmes was given the same title by Forbes for founding the health tech company Theranos at age 19 and hitting a 10-digit worth by age 30. She and her team developed a device that streamlined medical testing by requiring no more than a small amount of blood. The innovative technology didn't actually work, but Holmes deceived investors, journalists, and thousands of patients before her Silicon Valley legacy collapsed. HBO is bringing the story to the small screen with The Inventor: Out For Blood in Silicon Valley, which premieres on March 18. Before you watch, here's the down-low on Holmes.

Born in Washington DC, Holmes grew up connected with high-profile names. Her father, Christian Holmes IV, was the vice president of Enron, and her mother, Noel Daoust, was a foreign policy and defense aide on Capitol Hill. Her parents were invested in their daughter's future. They even tried a "back-door" technique to get her into Stanford, enrolling her in a Chinese Summer program as a high school student after hearing that it improved chances of admission.

Holmes's college days at Stanford echo those of tech entrepreneurs, such as Bill Gates and Mark Zuckerberg. A chemical engineering student, she dropped out at age 19 in 2004 to create her company with little professional and technical knowledge. Before leaving, Holmes filed a patent application for a wearable drug-delivery patch. She used her tuition money as seed funding for a consumer healthcare company that would become Theranos (a combination of therapy and diagnosis). Scientists questioned her idea, which was to detect diseases based on a small amount of blood. But Holmes moved forward, donning a black turtleneck like Steve Jobs and allegedly speaking deeper to perform the part of a Silicon Valley entrepreneur.

By the end of 2010, she had raised $92 million for Theranos. Her star-studded board included names such as former Secretaries of State Henry Kissinger and George Shultz, former Secretaries of Defense James Mattis and William Perry, and former US Navy Officer Admiral Gary Roughead. Theranos partnered up with Walgreens, promising technology that could run blood work onsite for half the cost of central lab tests. At its peak, Holmes's company was valued at $9 billion with 800 employees.

But then came John Carreyrou, an investigative reporter at The Wall Street Journal, who dug into the company's science in 2015. Carreyrou questioned the accuracy of Theranos's lab results and the tester that it had developed — the Edison. He found that the company used third-party devices such as the already-existing Siemens analyzer, to administer tests.

In 2018, the SEC charged Holmes with defrauding investors while federal prosecutors filed criminal charges against her and her ex-boyfriend and company COO, Sunny Balwani, for defrauding investors, doctors, and patients. After losing control of the company, Holmes was fined $500,000 and banned from serving as an officer or director of a public company for 10 years.

According to Vanity Fair, Holmes lives in San Francisco, engaged to a hospitality heir who works in tech, as her case proceeds in a US District Court in San Jose. She wants to write a book and has been meeting with filmmakers to tell "her story," believing there's still a future for Theranos.