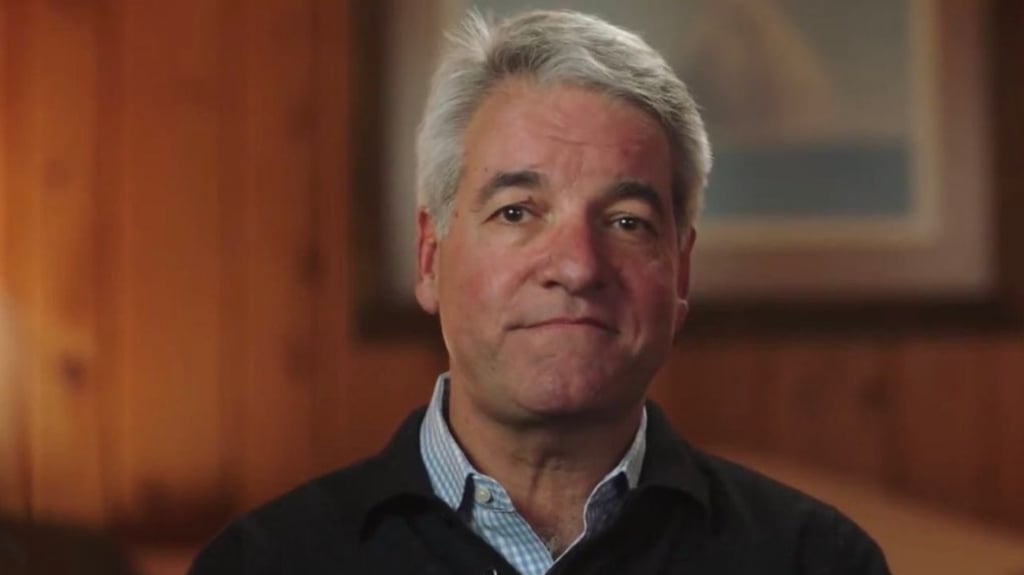 Some people sign a noncompete agreement when starting a new job. Others prepare a list of tasks they're excited to jump on. But Andy King? He took the bar of "showing you're dedicated to your job" and raised it to unfathomable new heights.

While both Hulu and Netflix's documentaries investigate the disastrous, Hunger Games-esque dumpster fire that was Fyre Festival, only Netflix's Fyre introduces viewers to the unsung hero of the whole situation: Andy freakin' King. A veteran "event producer" with a 30-year career, he was willing to do just about anything to appease his manic boss and cofounder of Fyre Festival, Billy McFarland.

During the documentary, King appears in front of the screen to discuss the "water situation." As if things couldn't get worse for the festival, "four 18-wheeler trucks filled with Evian water" were stuck at customs, and McFarland asked King, a gay man, to retrieve the water by bribing the head of customs of the Bahamas with oral sex. Yeah, I wouldn't really call Fyre Media a "safe work environment" if that's what the boss is asking of employees. The dedicated leader was fully ready to oblige, for what it's worth, but was able to get the water back without having to do the deed.

All jokes aside, this is clearly sexual and workplace harassment and further proves how delusional McFarland was. It's just one jarring moment that epitomizes how far his complacent employees were willing to go to placate their desperate boss and save the festival. King spoke about going to therapy after the debacle, and he even joined Instagram recently. His bio reads: "FYRE Festival Survivor 🏃🏻🔥 Ultimate 'Team Player.'" We're glad to see he's doing OK since being named "the face of 'yo, I'm willing to do ANYTHING. . .'."

It's a shame Fyre Media crumbled before King made it to a performance review, because we have a feeling the feedback would warrant a call from the Department of Labor. But instead of a merit raise for his dedication, the internet paid King back in memes. Ahead, watch the clip of King telling the story in Fyre, and see how the internet has reacted.

Celebrity Couples
Are the "Freeridge" Cast Single or Taken? Here's What We Know
by Jessica Vacco-Bolanos 19 hours ago