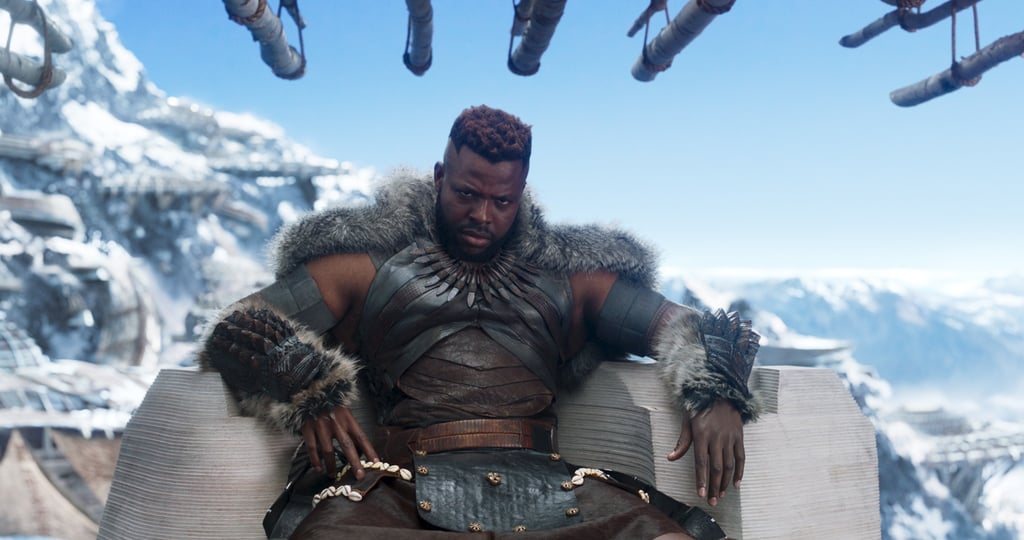 At this point, it's a well-known fact that Black Panther is jam-packed with incredible characters that we can't help but fall in love with. But there is one character that no one saw coming in the battle for Best Character Ever, and that's the revamped leader of the Jabari tribe, M'Baku.

A modern version of the problematic Man-Ape character from the Black Panther comic series, M'Baku is played beautifully by Tobago native Winston Duke. The character is introduced as a ruthless leader of a rival tribe that has no time for T'Challa and his family's reign over Wakanda. He challenges T'Challa for the crown and title of Black Panther, since the Jabari have tired of the way the kingdom has become so technology-dependent and has strayed from their traditional way of life. Though he's defeated in combat for the throne, M'Baku reappears to aid in defeating Killmonger's army, giving the audience life with his one-liners and general unimpressed air. It also helps that he's so damn fine.

Keep reading to see just how badly M'Baku has Marvel fans wrapped around his fingers.

Movie Trailers
Watch the First Trailer For Spider-Man: Across the Spider-Verse (Part One)
by Princess Gabbara 22 hours ago