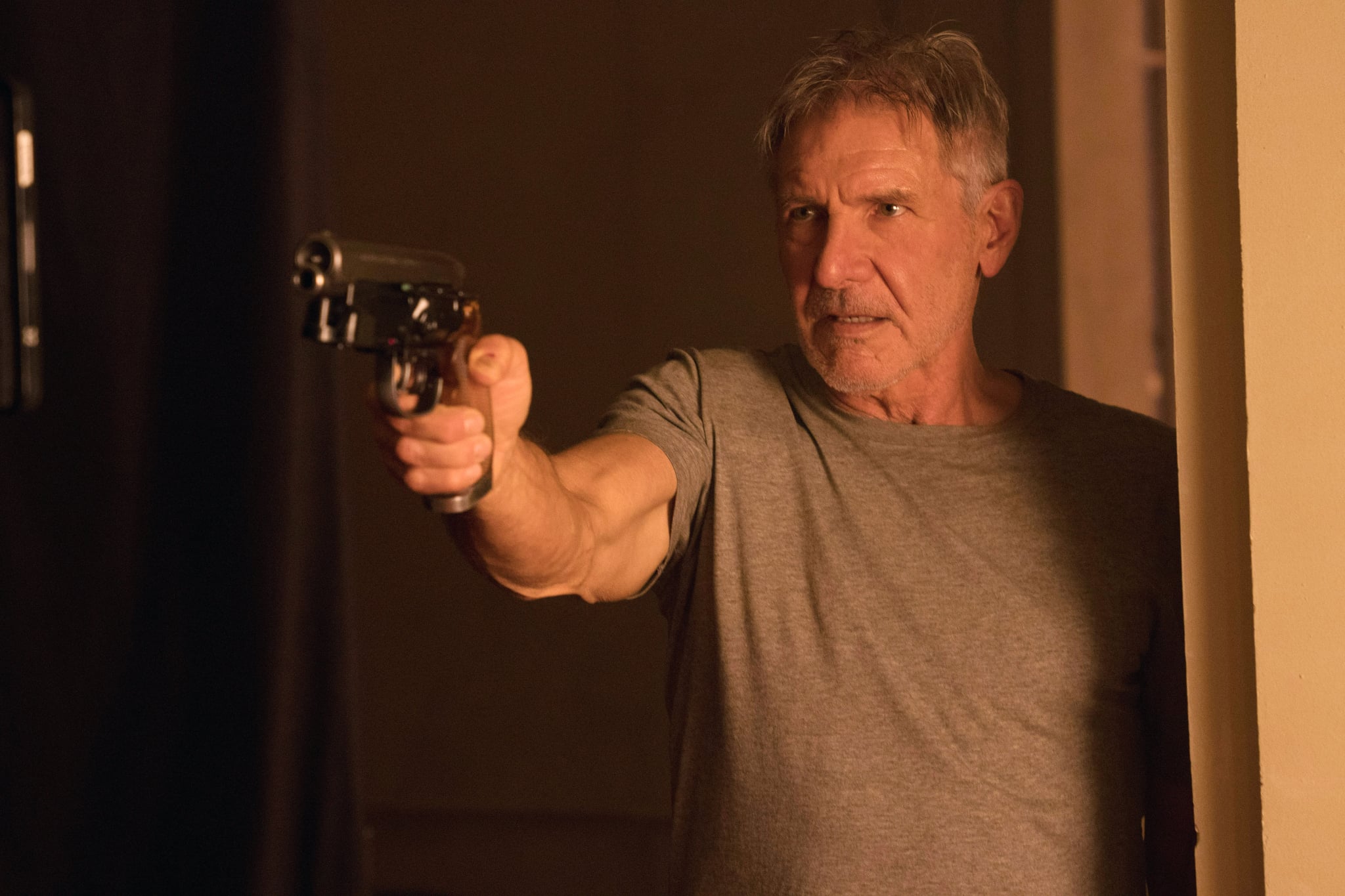 In the decades following Ridley Scott's Blade Runner, one lingering question has consumed fans of the cult classic: is Rick Deckard a replicant? Unfortunately, the highly anticipated sequel, Blade Runner 2049, does little to clear up that question. There are, however, many existing clues and some new developments that suggest the iconic character, portrayed by Harrison Ford, is in fact a bioengineered being, unbeknownst to him.

Related:
The Blade Runner 2049 Soundtrack Is Here to Keep Your Goosebumps Going Strong

Let's take it back to the original. At the end of the film, Deckard returns to his apartment after a long day of dodging murderous replicants to find an origami sculpture left by his partner, Gaff. The sculpture is in the shape of a unicorn. Now, this is extremely important because, earlier in the film, Deckard dreams of a unicorn. Since Deckard didn't tell anyone about his dream, the sculpture is then Gaff's way of letting Deckard know that he can access his thoughts — something that can only be done on replicants, which have implanted memories.

In addition to that clever reveal, the film's director has confirmed that Deckard is a replicant in several interviews. In a 2007 interview with Wired, Scott said, "The unicorn in Deckard's daydream tells me that Deckard wouldn't normally talk about such a thing to anyone. If Gaff knew about that, it's Gaff's message to say, 'I've read your file, mate.'"

To confuse matters more, however, Ford has always argued that his character is human. "That was the main area of contention between Ridley and myself at the time," Ford once said in a television interview with BBC One. "I thought the audience deserved one human being on the screen that they could establish an emotional relationship with." It seems as though Scott had the last word on this one. He told Wired, "That was, like, 20 years ago. He's given up now. He said, 'OK, mate. You win! Anything! Just put it to rest.'"

Despite the director's conviction, people still have questions. Namely, how is Deckard still alive in Blade Runner 2049 if replicants don't live very long? Well, the original film might have also answered that question. In a voice-over at the end, Deckard refers to Rachael's "termination date" and says, "Four years, he figured — he was wrong. Tyrell had told me Rachael was special: no termination date. I didn't know how long we'd have together. Who does?" Since Rachael didn't have an official termination date, it's possible that Deckard might not have one either.

"Deckard being a replicant proves that true love, empathy, and humanity are all possible among the artificial beings."

If you're looking for more answers, they aren't in Blade Runner 2049. Unfortunately, the sequel only casts more doubt and suspicion without providing many additional answers. The only time the possibility is explicitly addressed is during a conversation between Deckard and the villainous Niander Wallace (Jared Leto). "You are a wonder to me, Mr. Deckard," Wallace tells him. Wallace then asks Deckard if he had ever considered that he was predestined to fall in love with Rachael to thereby create the first baby born of two replicants (whose identity is revealed later in the sequel). Though Deckard scoffs at him, it does make one wonder.

Related:
If It's Driving You Crazy, This Is Why You Recognize Mariette From Blade Runner 2049

Should there be future films in the franchise, it's possible that they will never flat-out address this mystery. That being said, Deckard being a replicant radically changes the story in that it proves that true love, empathy, and humanity are all possible among the artificial beings. What's more, it proves that they can procreate, a revolutionary act that will either be manipulated by Wallace Corporations or become a positive force for replicants and their budding resistance.

Amy Poehler
No, Amy Poehler Doesn't Have a Tattoo — Here's the Meaning Behind Her Hand Doodle
by Amanda Prahl 18 hours ago

Golden Globe Awards
Chloé Zhao Makes Golden Globes History: "This Is Why I Fell in Love With Making Movies"
by Yerin Kim 18 hours ago

Golden Globe Awards
The Golden Globes Do Have a Live Audience, but It's Not Who You Might Think
by Amanda Prahl 21 hours ago