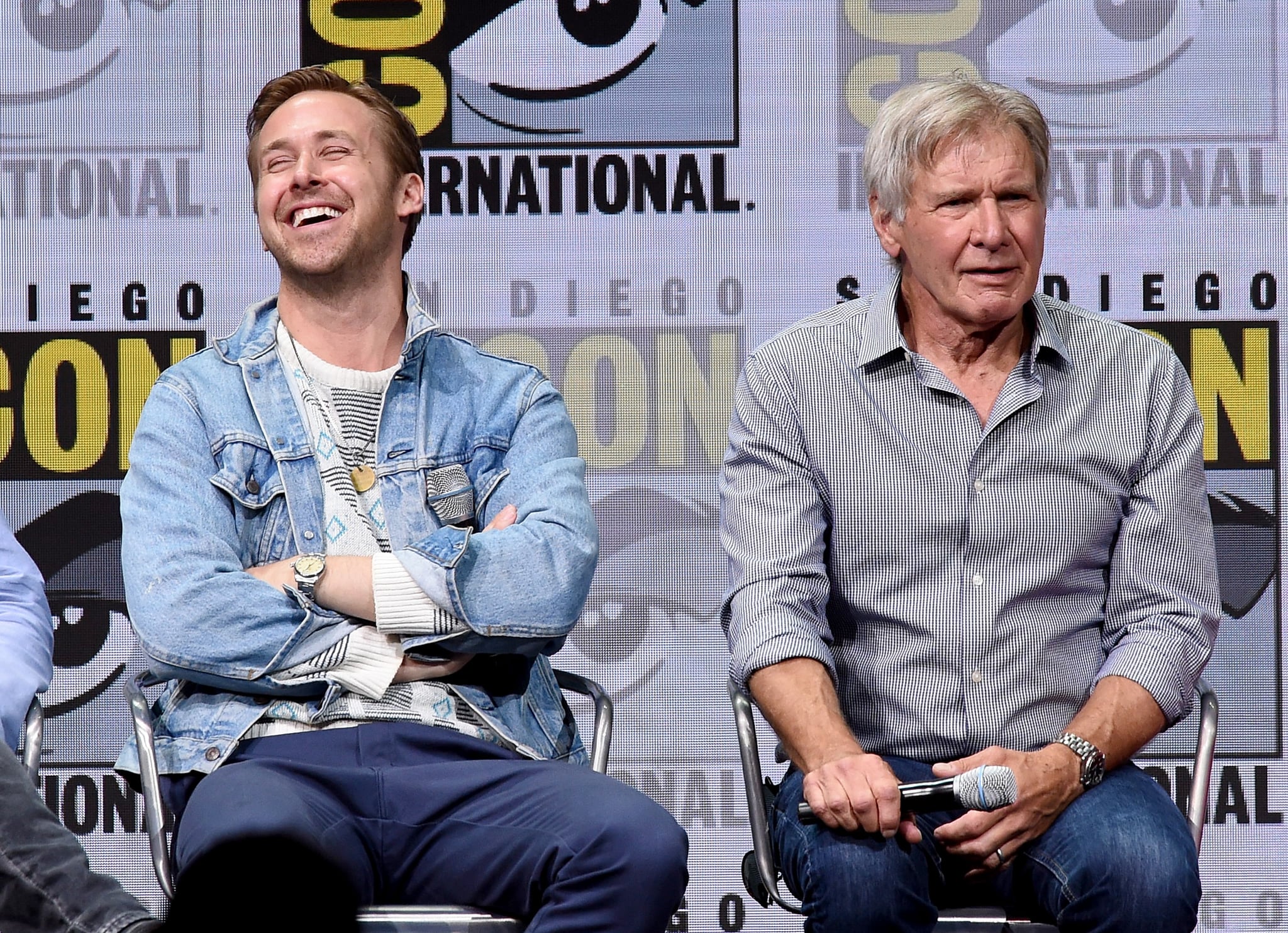 When faced with the 6,500 people in Comic-Con's Hall H, Blade Runner 2049 actor Ryan Gosling seemed almost bashful when presenting during his section of the Warner Bros. film's panel. Perhaps it was the fact that he'd followed Steven Spielberg's huge Ready Player One presentation or that he was sharing the stage with film legend Harrison Ford in front of thousands of adoring fans, but Gosling was quick to admit that the entire experience felt unreal.

"I'm not sure it's sunk in yet — I'm not sure this is not an entire elaborate episode of Punk'd," the actor and heartthrob told the crowd when asked about the moment starring in Blade Runner felt real. But if there's anything to assure an actor that their experience is authentic, it's probably the sound of thousands of voices cheering after viewing a bit of exclusive footage!

Check out the full trailer for Blade Runner 2049, then get excited for the sci-fi classic to hit theaters in October. And while you wait for the premiere, why not stay occupied with other big announcements from Comic-Con?