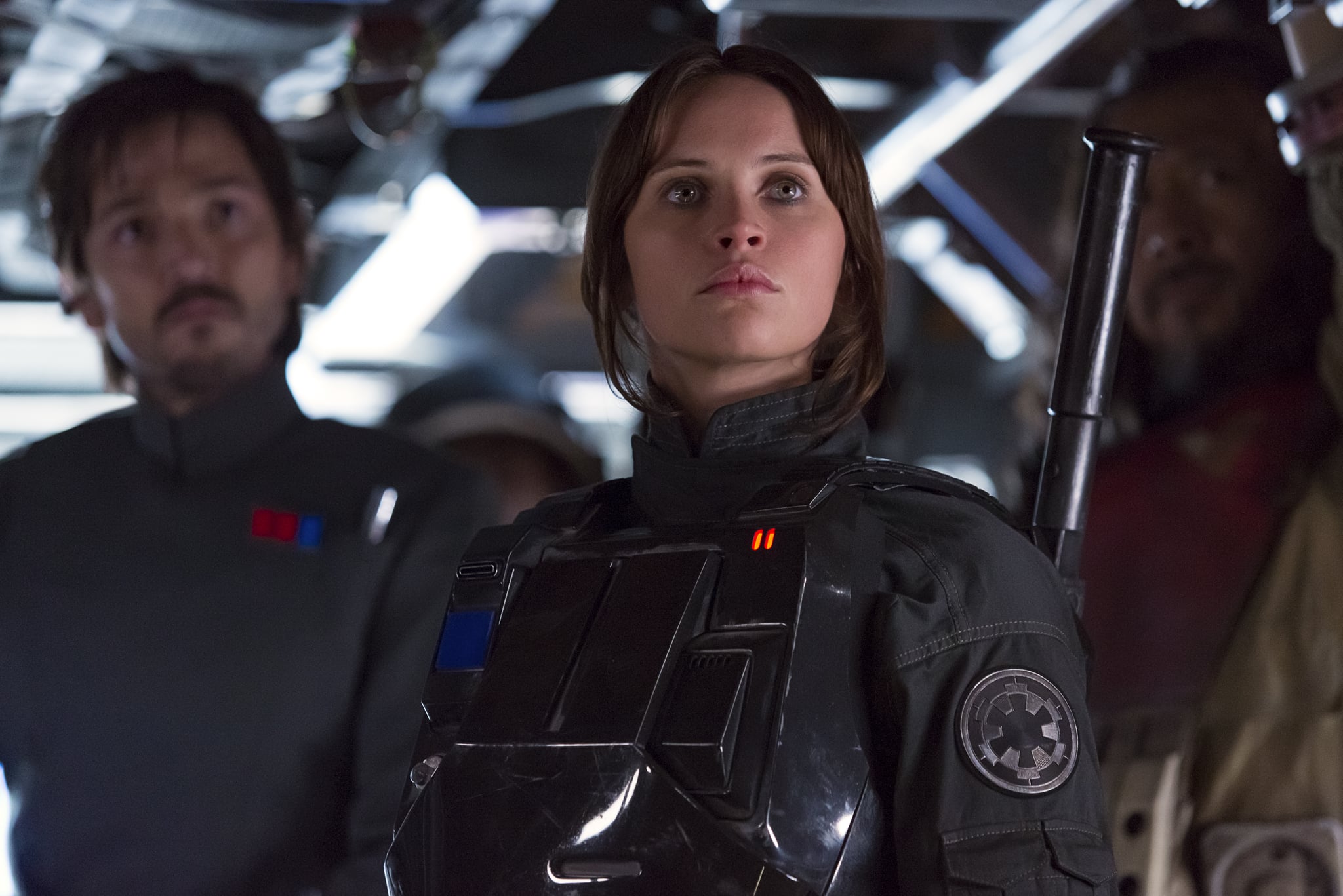 The ending of Rogue One made a real statement: sometimes sacrifices must be made for the greater good. The deaths of Jyn Erso, Cassian Andor, and their team of rebels are tragic, but logically necessary given the film's placement in the Star Wars timeline — but they almost survived. Even more new information has been revealed, so let's recap!

In a December 2016 podcast from Empire, director Gareth Edwards confirmed that the characters didn't die in the original screenplay. He and the writers assumed family-friendly Disney wouldn't let them create a movie in which the main characters perished, but the studio eventually agreed that letting them die made the most sense. "I kept waiting for someone to go, 'You know what? Could we just film an extra scene where we see Jyn and Cassian, they're OK and they're on another planet?' And it never came. No one ever gave us that note, so we got to do it."

Entertainment Weekly's March 2017 interview with screenwriter Gary Whitta revealed even more about their first plan: "The original instinct was that they should all die," he said. "It's worth it. If you're going to give your life for anything, give your life for this, to destroy a weapon that going to kill you all anyway. That's what we always wanted to do. But we never explored it because we were afraid that Disney might not let us do it, that Disney might think it's too dark for a Star Wars movie or for their brand."

Sensing that Disney wouldn't let them go forward with the "They All Die" plan, they came up with an alternate ending: Jyn and Cassian escape Scarif before the Death Star can get to it. "They got away in an escape pod just in time. The pod looked like just another piece of debris."

Given all the scenes from the trailers that were mysteriously absent from the movie, it makes sense that there may have been some story tweaks. Would you rather have seen them living happily ever after?