Even though the movie came out last October, star Rosamund Pike hasn't tired of talking about Gone Girl, the film that got her an Academy Award nomination for best actress. At this year's Oscar Nominees Luncheon, the star addressed Gone Girl's controversial ending, saying she thinks it ended exactly the way it should have. Pike told reporters, "It comes up occasionally that people say, why wasn't justice done? And I say I feel justice was completely done. These two narcissists got exactly what they deserve: they got each other. And then if you mean the sort of justice where somebody goes to prison — [then] I think, 'What part of David Fincher's oeuvre to date made you think that that kind of justice would be served?'" 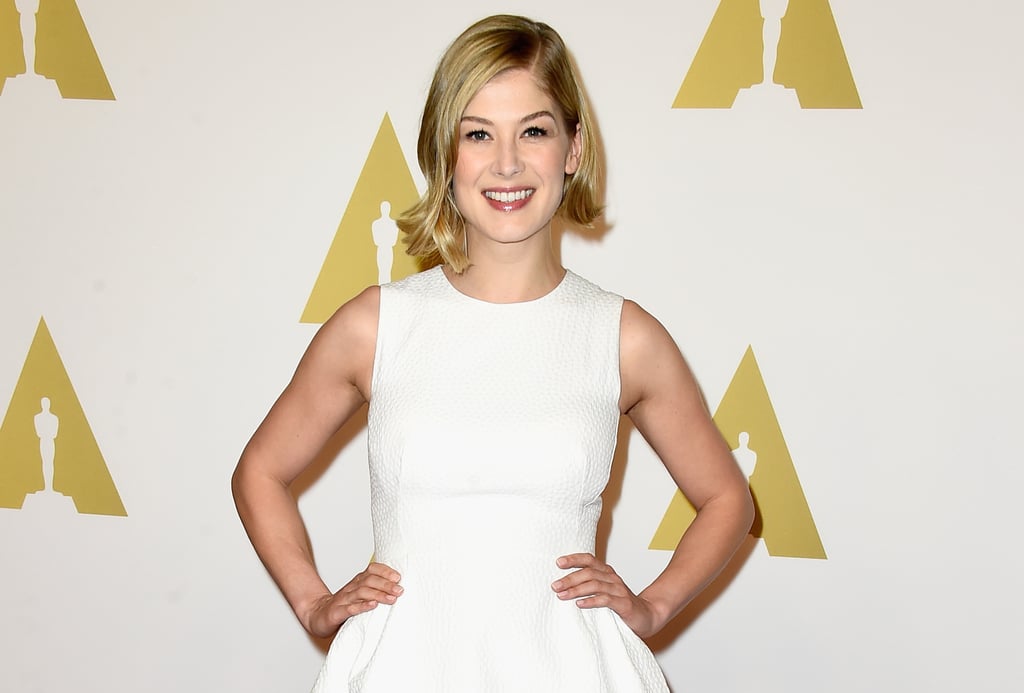 Matt Damon
Ben Affleck, Matt Damon, and Viola Davis Team Up in New Movie About the Rise of Air Jordans
by Victoria Edel 1 hour ago

by Yerin Kim 55 minutes ago