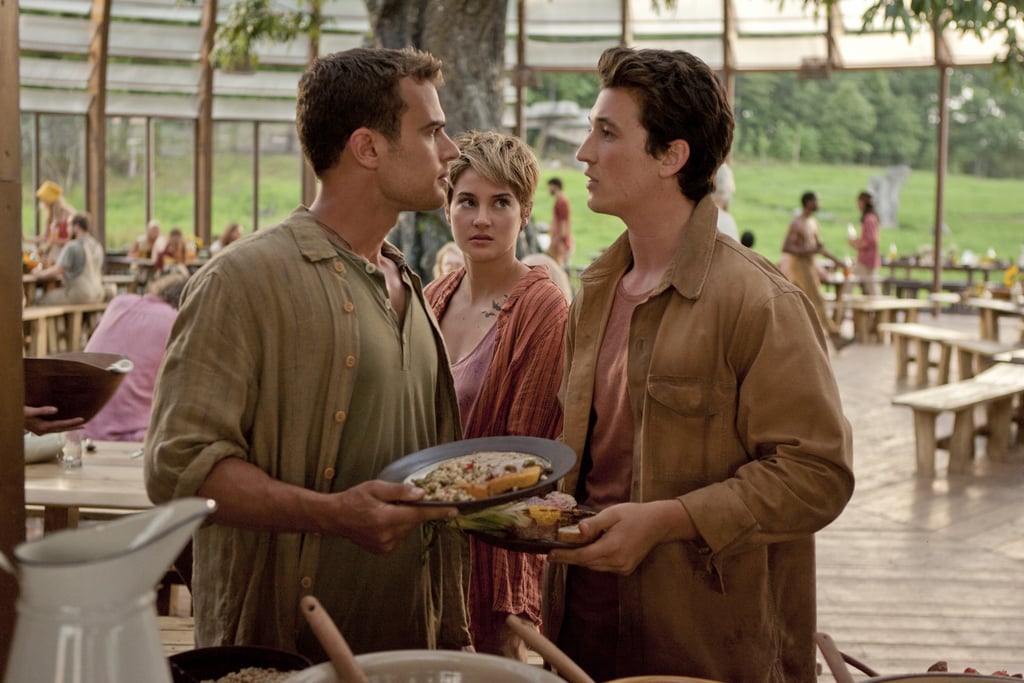 That Time Shailene Woodley Movie-Dated All Her Insurgent Costars

Insurgent came out over the weekend, and if you're a fan of Shailene Woodley's movie career, a strange feeling probably crept up on you in one of the opening scenes of the Divergent sequel. It's the one in which her character, Tris, finds herself sharing a meal with her love interest, Four (Theo James); her brother, Caleb (Ansel Elgort); and her nemesis, Peter (Miles Teller). What's strange about this scene is that you realized: wait, each of these actors has played Woodley's love interest before. Though all actors were present in Divergent, this is the first time they all had one scene together, and it's especially weird since Woodley and Elgort made such a memorable pair as young lovers in The Fault in Our Stars. Let's stroll down memory lane to those previous films to really highlight the weirdness.