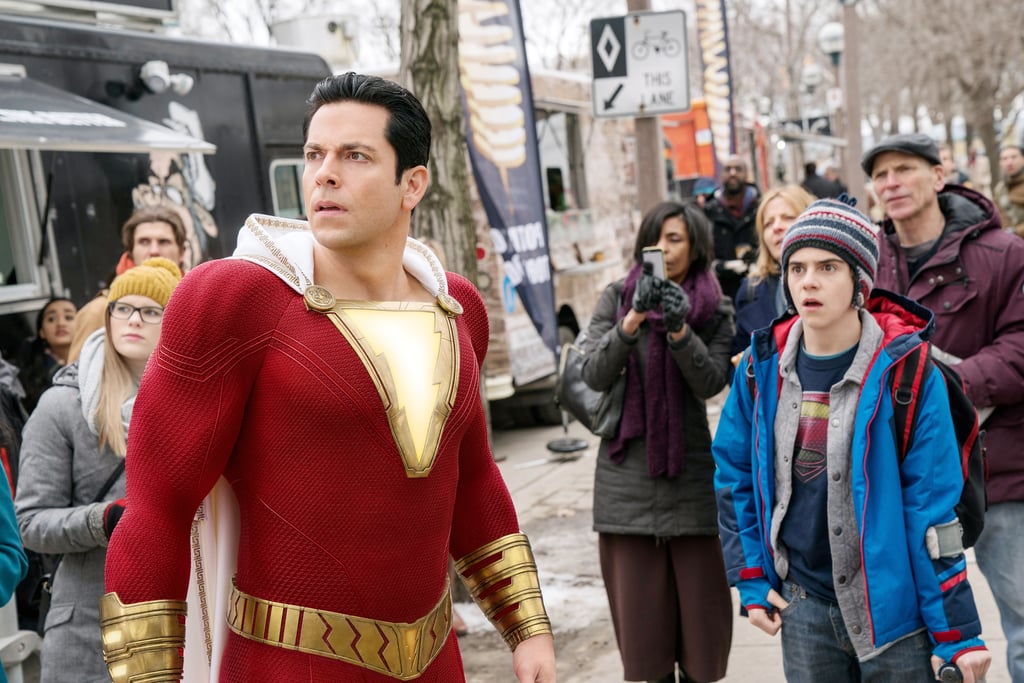 We Are 110% Here For the Diversity in the Shazam! Cast

Brimming with seasoned and new talent, the cast of Shazam! is almost as power-packed as the title superhero himself. At the front and center of the DC Extended Universe movie is none other than Zachary Levi, who's well-known for being the lovable protagonist on Chuck and the smoldering thief in Rapunzel. Right by his side as his kid alter ego Billy Batson is Disney Channel star Asher Angel, who plays Jonah Beck on Andi Mack. The two actors make for a playful duo, and you can definitely see their chemistry immediately working its magic in the zany trailer.

Along with the leading pair, the film boasts big names in the industry, including Mark Strong, Djimon Hounsou, and Adam Brody. Additionally, it features talented stars on the rise such as The Walking Dead's Cooper Andrews and 13 Reasons Why's Ross Butler. Read on to see all of the major players in the film and find out where you might have spotted them before!

Hero Fiennes-Tiffin
Waiting For After We Fell to Be Released on Netflix? Here's When You Can Get the Popcorn Ready
by Simrin Purhar 19 hours ago

Movies
Dune Fans Rejoice! A Sequel Movie Is Possibly in the Works
by Amanda Prahl 21 hours ago