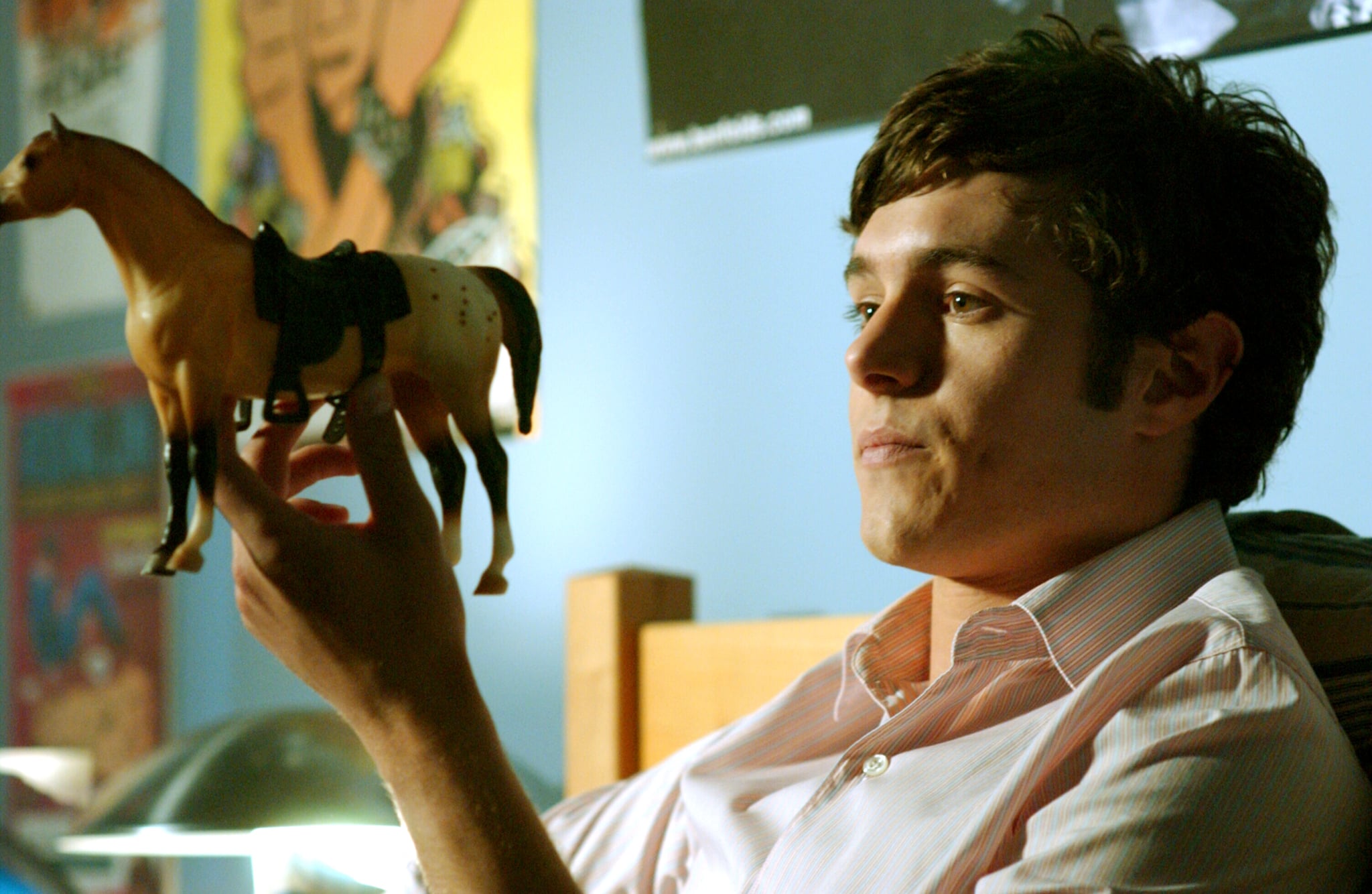 Please bear with me, because I'm going where no '90s baby has gone before. It's uncharted territory and quite possibly the most jarring position of devil's advocate that's ever been played, but I'm about to tell you why Seth Cohen was the f*cking worst on The O.C. If you don't want to ruin your perception of the so-called nice boy of Newport, I don't recommend reading further. But if you're ready to see the characters of your favorite early 2000s show in a whole new light, buckle up and enjoy the ride.

I recently found myself with some time on my hands. Game of Thrones is taking its sweet time to return for season eight, and there's only so many times I can rewatch Curb Your Enthusiasm and Entourage episodes, so I decided to binge all four seasons of The O.C. on Hulu. As one of my favorite shows growing up, I figured it would be interesting to relive all the excitement (and drama) of the OG "core four" — Ryan Atwood (Benjamin McKenzie), Seth Cohen (Adam Brody), Summer Roberts (Rachel Bilson), and Marissa Cooper (Mischa Barton) — as an adult. But after just a few episodes into season one, it occurred to me that everything I thought about the Ryan-Seth dynamic in my preteen years is quite the opposite when revisited in my 20s.

The second Ryan arrives at the Cohens' gorgeous Newport Beach home, we know he's poised to be the show's bad boy. (I mean, that choker alone made my middle school self weak in the knees.) We then see Seth hunched over playing video games on the floor of the living room, and as far as first impressions go, he comes off as a sweet, harmless dude. After the two get acquainted and the season progresses, however, adult me came to realize that Ryan was actually the nice guy, while Seth was the wooooooorst. (No hate to Adam Brody, I love you and I think you're adorable.)

Please note: I'm mainly referring to season one Seth being the worst. While he slightly matures in seasons two through four, he peaked in his Seth-ness during season one.

Related:
The Cast of The O.C.: Where Are They Now? 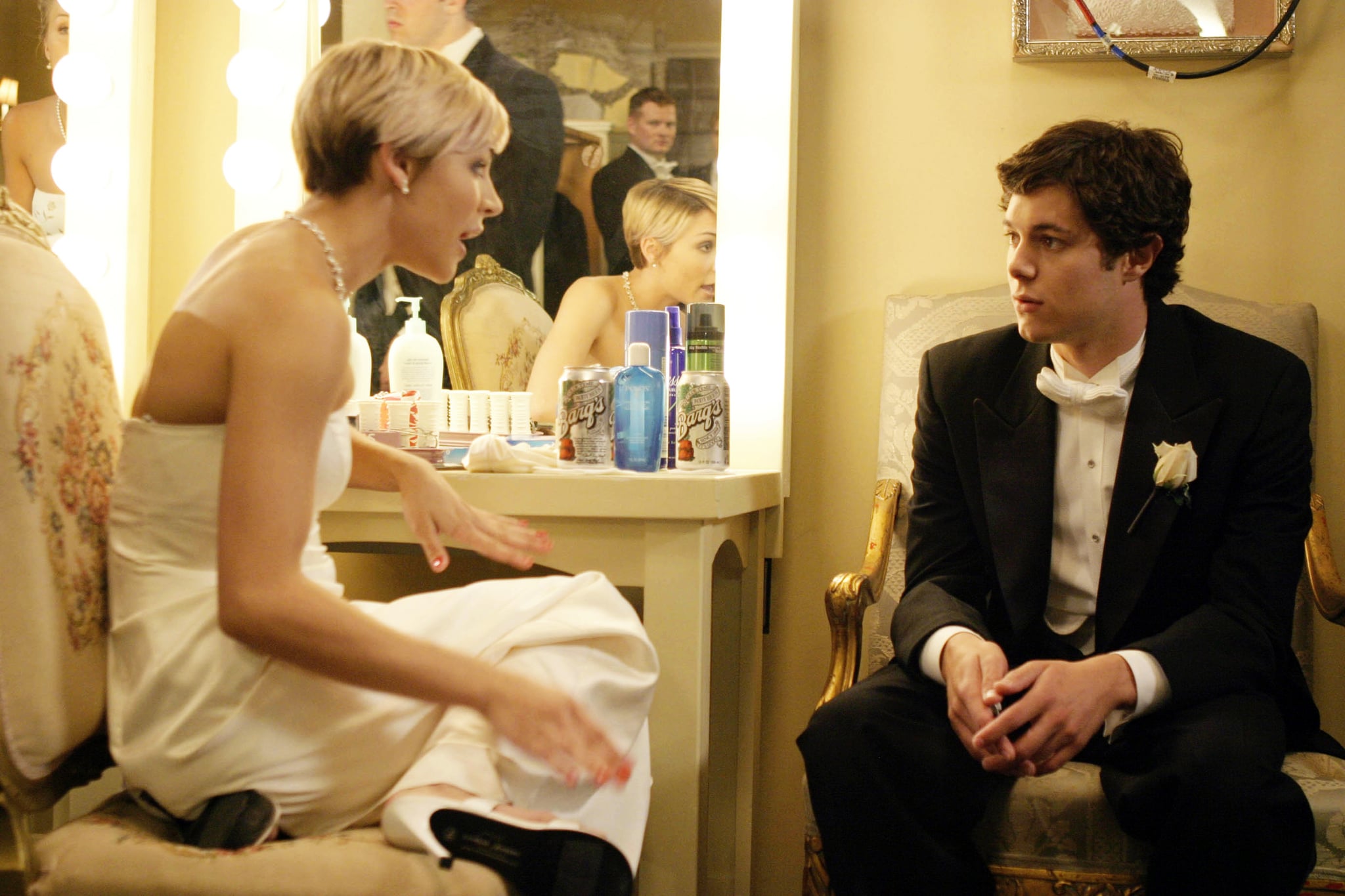 Anyone who's ever seen or heard about the series likely knows that Seth is obsessed with Summer. From the day she recited that mermaid poem in sixth grade, Seth was smitten. (Ironically, we find out in season four that Summer actually stole the poem from Taylor Townsend.) The next year, he was heartbroken when Summer RSVP'd yes to his bar mitzvah and never showed up (it was also the day of Luke's birthday party). Years later and still very much head-over-heels, he names his sailboat the "Summer Breeze," while she still has yet to acknowledge his existence. Seth and Summer finally connect after Ryan gets the two of them invited to Holly's house party, and eventually Summer realizes how much he cares about her.

I came to realize that Ryan was actually the nice guy, while Seth was the wooooooorst.

So, tell me WHY Seth is willing to risk it all for sweet Anna Stern (played by Samaire Armstrong) when she transfers to the Harbor School. Sure, Anna's interest in comic books is something Summer can't relate to, but really, Seth? Really? You're finally in a good place with Summer and you decide to put that on the line for your lab partner? This results in the first of many frustrating love triangles that play out in the series.

After Summer and Anna give Seth an ultimatum and demand he picks one of them over Thanksgiving, he backs out and says he can't choose. Yep, even after Summer wears that Wonder Woman costume, Seth eventually chooses Anna. Never one to back down, Summer then inserts herself into Seth and Anna's relationship, eventually driving them apart so that she and Seth can get back together. Whew. Crisis averted, right? Wrong.

Once Summer break rolls around, Ryan decides to go back to his hometown of Chino, CA. And what does Seth do? He disappears to Portland, OR, to live with Luke, leaving Summer only a damn note before sailing away. With Seth out of the picture, she eventually starts dating the the hotter, water-polo-playing version of him: Zach Stevens. 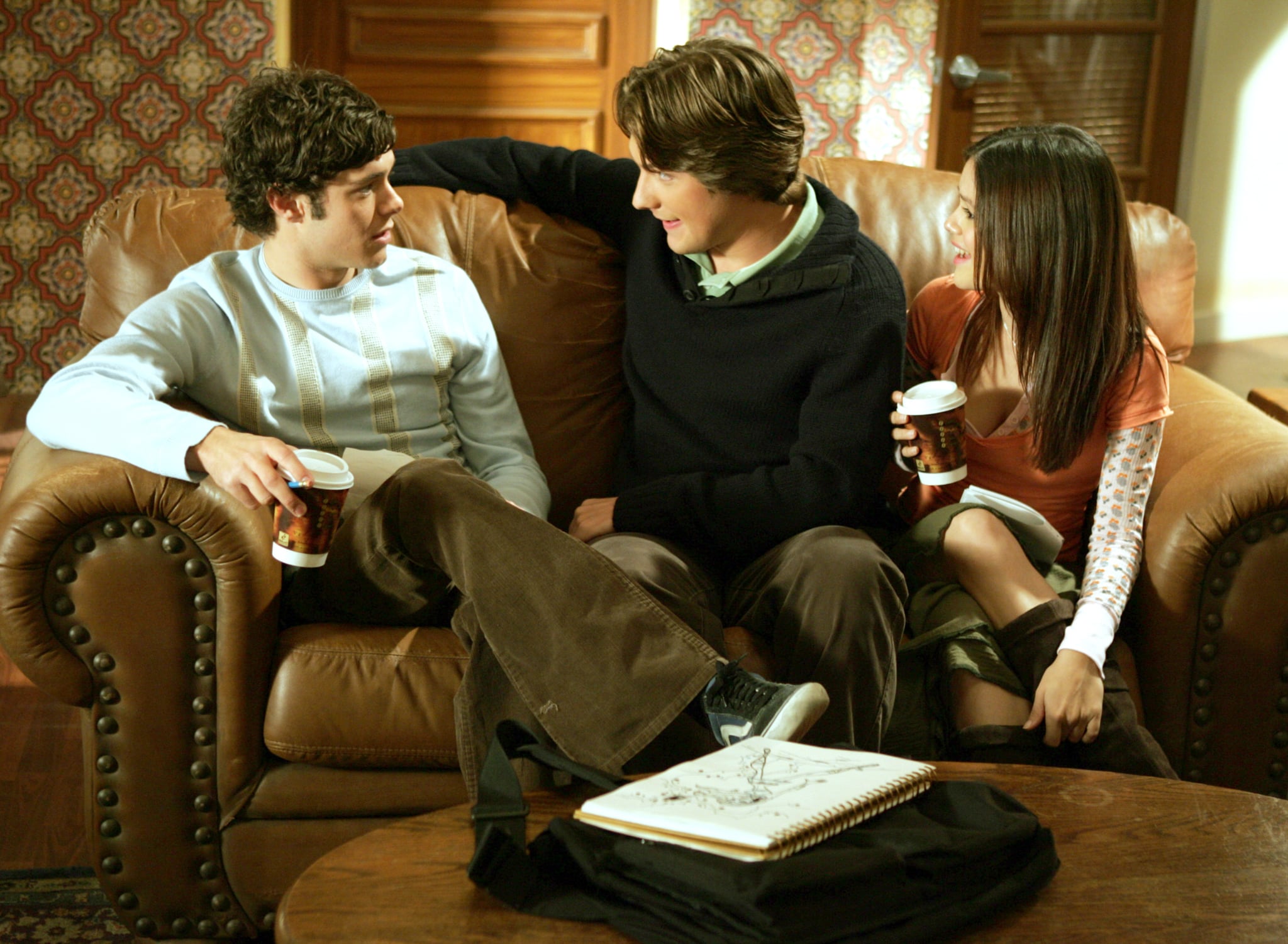 While Seth is busy sabotaging relationships left and right, Ryan is out here making huge romantic gestures to Marissa, Lindsay (who turned out to be Caleb Nichol's illegitimate love child), and Theresa, his first love. Ryan saves Marissa from an obsessed Oliver, a depressed Johnny, and a rage-filled Volchok, yet Seth can't even save himself from his own damage?

Related:
33 Outfits From The O.C. That Are Totally Cool to Wear Right Now 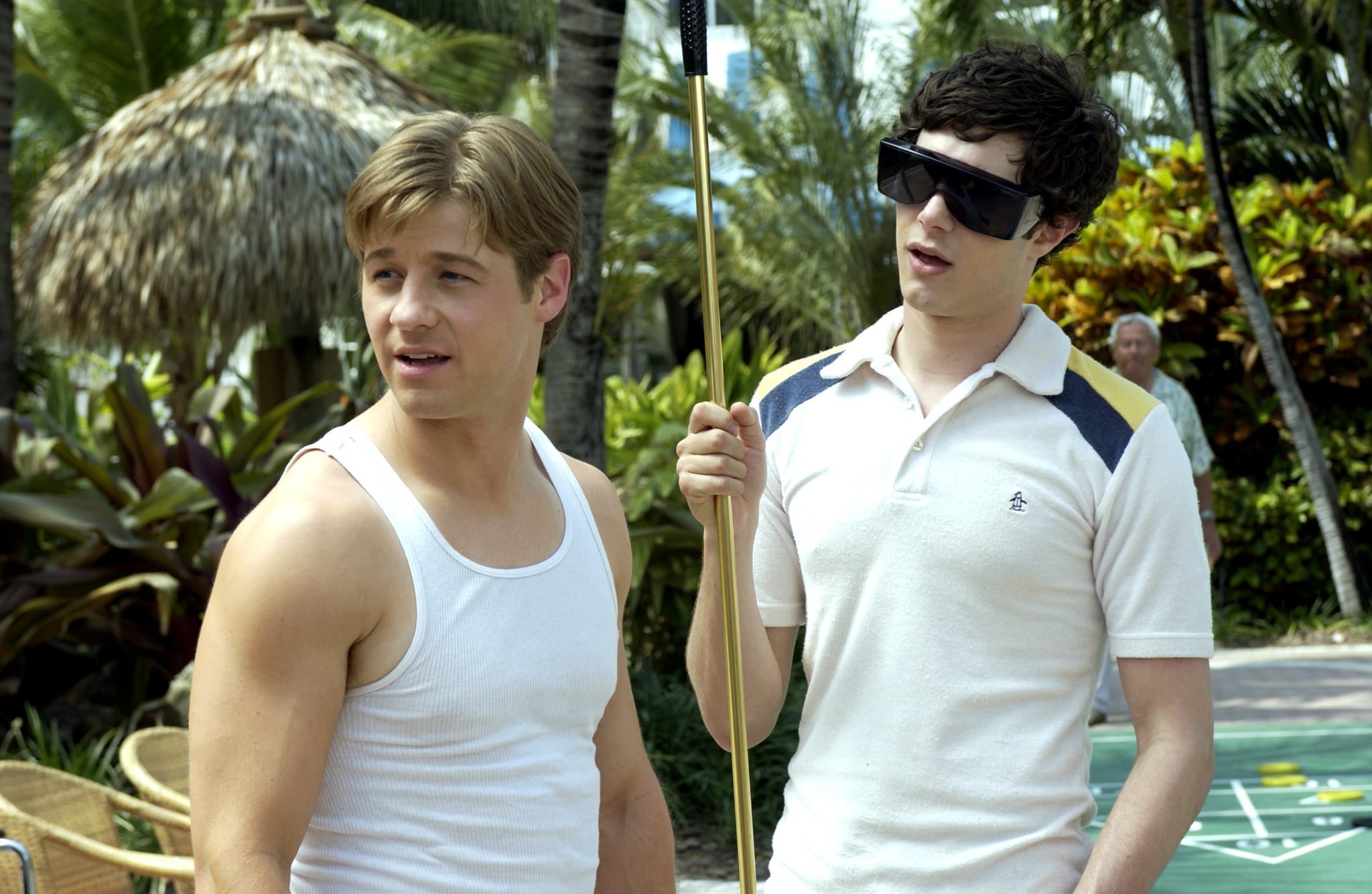 Fast forward to later in the series when Summer and Seth are back together. Everything should be perfect because they're finally reunited, but disaster inevitably strikes. Seth and Ryan go to Florida for Spring break to visit Sofia "the Nana" Cohen, and they end up on TV for "MVN Spring Break" participating in a whipped cream contest. While hanging out at her now-friend Zach's house, Summer watches Seth kiss a random girl on live television, so, she proceeds to kiss Zach over a bowl of gnocchi (my own personal dream come true). So, of course, Seth reacts by getting mad at Summer for kissing Zach, even though he's the one who messed up in the first place.

Now, let's move on to his compulsive lying problem. After smoking a few joints and blowing his Brown interview, Seth continues to lie to Summer about how the interview went and his newfound pot habit. Months later and still neck-deep in lies, he tells his entire family that he GOT INTO BROWN when he didn't! I get it: high school kids lie to their parents, but their parents are not Seth and Kirsten Cohen. Making matters worse, Seth ends up burning down the freakin' Newport Group building after leaving a lit joint in the office. 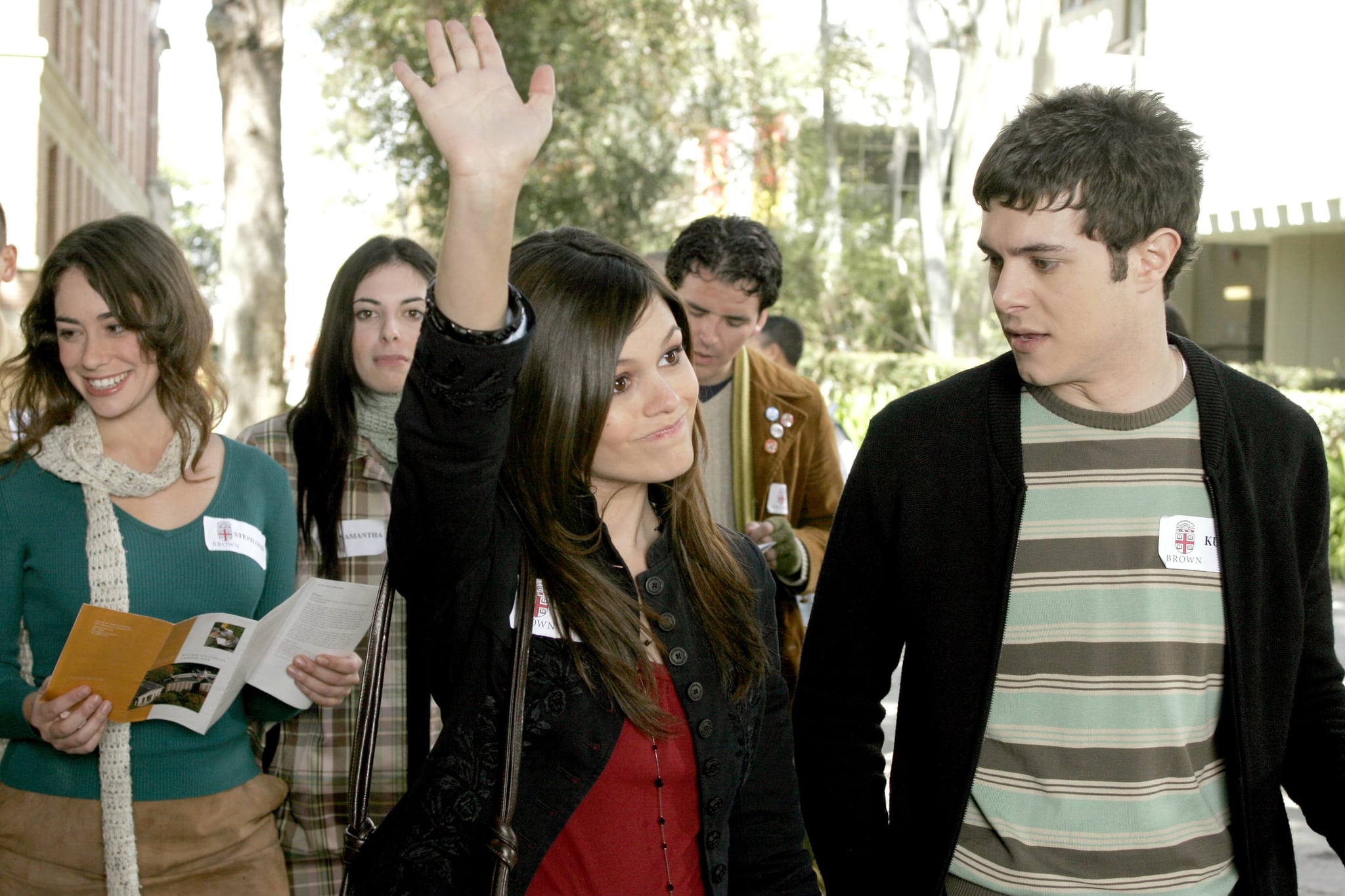 I know we all had bits of immaturity in high school, but only as an adult did I realize that Seth was far from the nice, nerdy boy he initially seems to be in the first season. The homie slightly matures throughout the series, and eventually Anna helps him come to his senses to apply to RISD to be in Rhode Island while Summer is at Brown, but I'd like to give it up for the real hero here: Ryan Atwood. He took the heat as the bad boy with a tendency to throw punches throughout my entire youth, but he was only doing it to protect the people he loved, including Seth, who absolutely was in need of protection.

TL;DR: rewatching the shows we were so obsessed with as kids years later as adults can really make you see characters and storylines in an entirely different light. I love the relationship that Seth and Ryan had, but it would've taken Seth a lot longer to mature had Ryan not been there. In short, thank you for coming to my TED talk, which shall henceforth be known as "Summer Deserved Better."