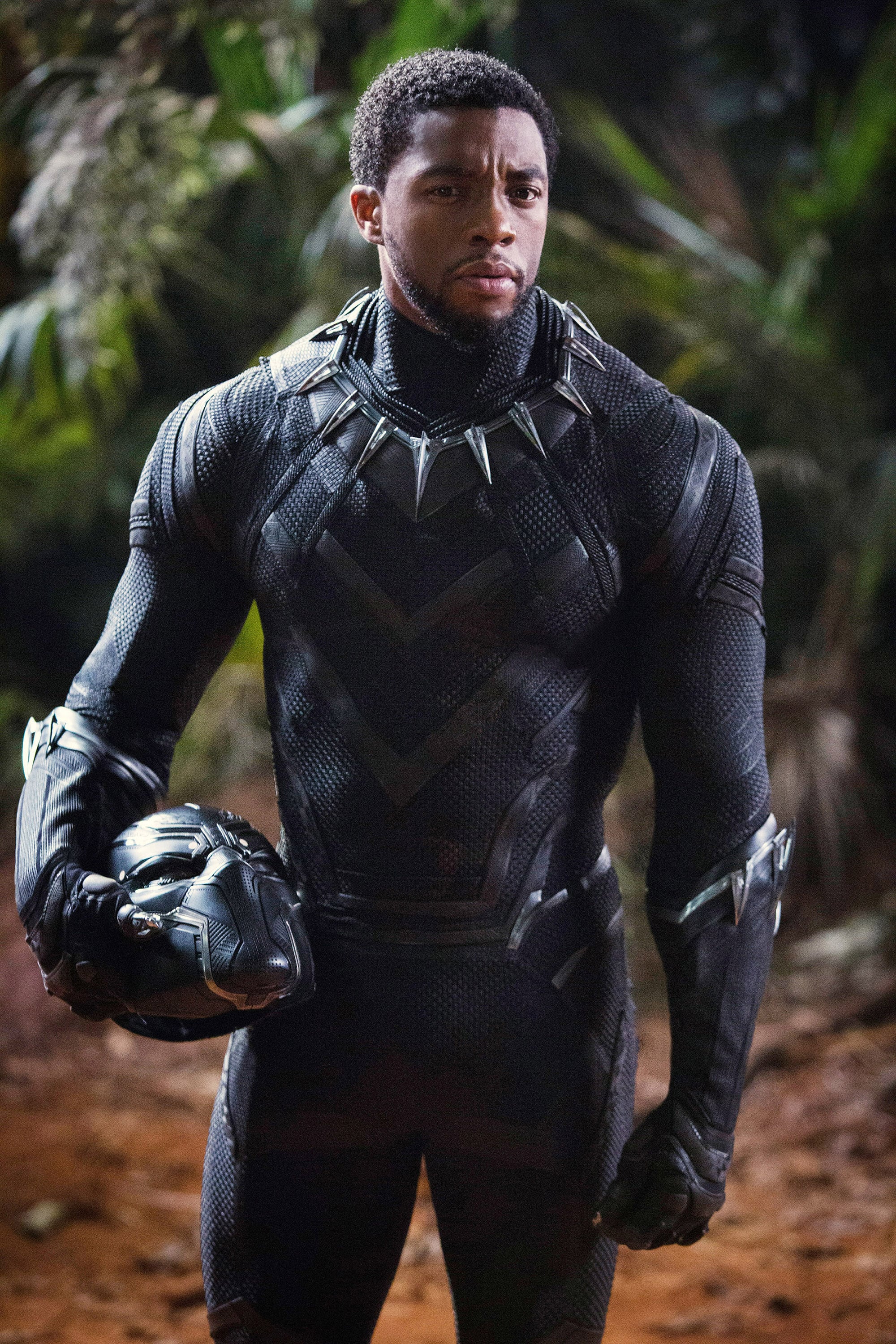 Warning: Major spoilers for Black Panther and The Lion King if you haven't seen it after 20+ years ahead.

Before I even saw Black Panther, I already knew that it would share similarities with The Lion King. I had read a spoiler about who Sterling K. Brown plays in the movie and learned that his character, N'Jobu, was the late uncle of T'Challa (Chadwick Boseman). Early on in the film, N'Jobu is murdered by his own brother (and T'Challa's father), T'Chaka (Atandwa Kani), after being accused of betraying his country by providing vibranium — a rare and valuable metal — to an untrustworthy foe named Ulysses Klaue (Andy Serkis).

N'Jobu's son, Erik "Killmonger" Stevens, played by Michael B. Jordan, returns to Wakanda as an adult to challenge T'Challa for the throne following T'Chaka's recent passing. Sound familiar? It's because this storyline is remarkably similar to the plot in Disney's The Lion King. In the 1994 animation, Mufasa is murdered at the hands of his own brother as well. The infamous scene where Mufasa was tossed off the cliff by Scar and into the oncoming stampede has been embedded into my memory forever. The tragic event causes Mufasa's son, Simba, to run away from Pride Rock.

In both movies, there's a bloody battle for the throne. In The Lion King, Simba returns years later to fight his uncle Scar for his rightful place as heir after some convincing from his childhood friend and love interest Nala. Black Panther follows the same script, except this time it's the villain who returns instead of the hero. Erik "Killmonger" wants a shot at the throne to avenge his father's death and fulfill N'Jobu's seemingly well-intentioned mission of liberating impoverished black people by using Wakanda's valuable resources.

Related:
The Real-Life Filming Locations For Black Panther Are Almost as Magical as Wakanda

The striking similarities don't just end there. As my perceptive friend Shannon pointed out on Twitter, the scene where T'Challa travels back to the ancestral plane after becoming the Black Panther for the first time looks aesthetically similar to another scene in The Lion King where we see a majestic, purple and blue-shaded animation of Rafiki's ancient tree.

can we talk about the scene where t’challa first went to the ancestral plane & saw his dad & how much it looked like rafiki’s ancient tree in the lion king? #blackpanther pic.twitter.com/vAViXEQYdy

The touching moment in Black Panther finds T'Challa reunited with his deceased father for just a moment, asking him for guidance on how to lead as king of Wakanda, and it's yet another plot that harkens back to The Lion King, this time when Simba reaches out to Mufasa for reassurance that he should be the king of Pride Rock.

My friend and I aren't the only ones who recognized the similarities between the two incredible films. In fact, there's an entire Reddit thread pointing out how Black Panther and The Lion King are alike. Check out what others had to say ahead, then find out if we can expect a Black Panther sequel in the near future.

Related:
You Probably Missed This Funny Easter Egg in Black Panther, but It's Important

"I felt the similarities right from the beginning and you see the stars and the father and son are talking about Wakanda's history it reminded me of the lion king scene where Mufasa is telling Simba that all the stars are the kings of the past. Such a great movie and such awesome connections!" — Reddit user letsylove

"When Killmonger and T'Challa were overlooking Wakanda on the cliff after their last fight, I was half expecting Killmonger to say something like "everything the light touches is your kingdom, huh?"" — Reddit user TheWeemsicalOne

"But only after the evil family member usurps the throne and the true king comes back from being lost and resurrected by a comic relief character(s) so that the two rivals can fight with their respective armies." — Reddit user HooptyDooDooMeister

"Both are about learning to be a king and struggling to make the right decisions (specifically with regard to killing). T'Challa doubts himself repeatedly throughout the movie, which is Hamlet's defining characteristic. Both also involve a cousin vs cousin fight, after the death of the main character's father. I've also heard parallels drawn between Kaluuya's character and Rosecrantz and Guildenstern." — Reddit user cf6h597

"When they were flying over the Serengetti and the music started playing. Reminded me of the circle of life." — Reddit user the1egend1ives

"The king dies, and the throne is taken by a bad guy. The good, rightful king is lost and returns heroically to defeat the usurper. The female warriors fight with the rightful king. The good king defeats the bad one. The good king tries to help the bad king, but the bad one chooses death. Pretty similar." — Reddit user CBRslingshot

Holiday Movies
Hugh Grant Reflects on the Legacy of "Love Actually": "It Is a Bit Psychotic"
by Eden Arielle Gordon 16 hours ago