Here's some news for you: not only is Sony making a female version of 21 Jump Street, the studio is also making a crossover film with the Men in Black franchise. The latter project was one of the films outlined in the Sony emails that were leaked last year, but it's now officially happening. Broad City writers Lucia Aniello and Paul W. Downs will write the female-driven spinoff, but no one has been cast yet. Meanwhile, the Men in Black crossover will find Schmidt (Jonah Hill) and Jenko (Channing Tatum) investigating aliens. 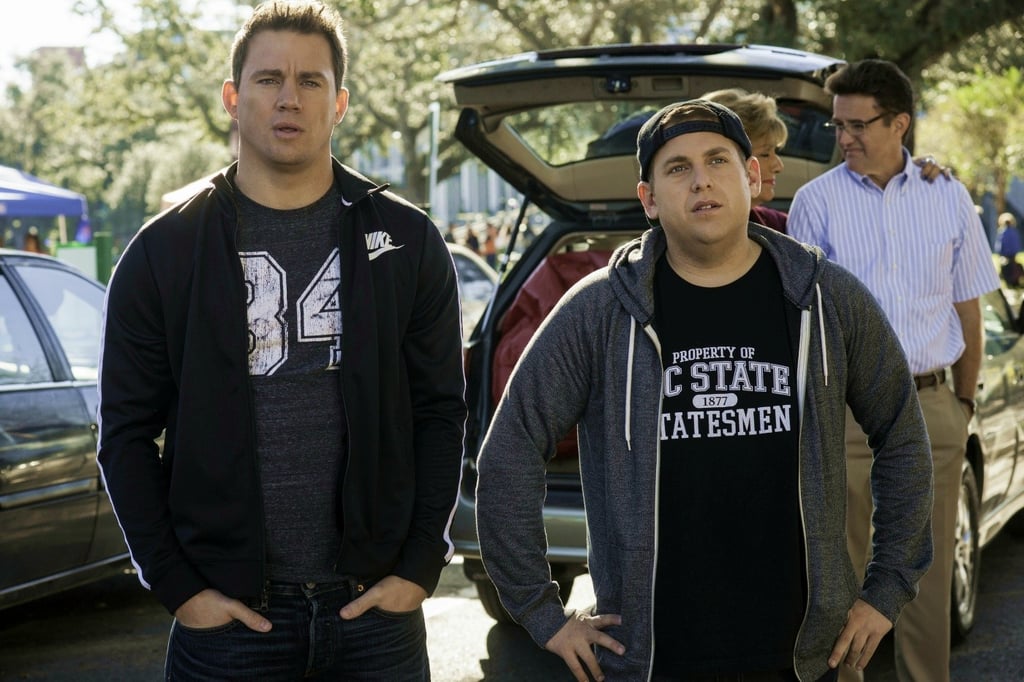 Nostalgia
Tom Hanks, Daryl Hannah, and Eugene Levy Had a Virtual Splash Reunion After 35 Years!
by Chanel Vargas 9 hours ago