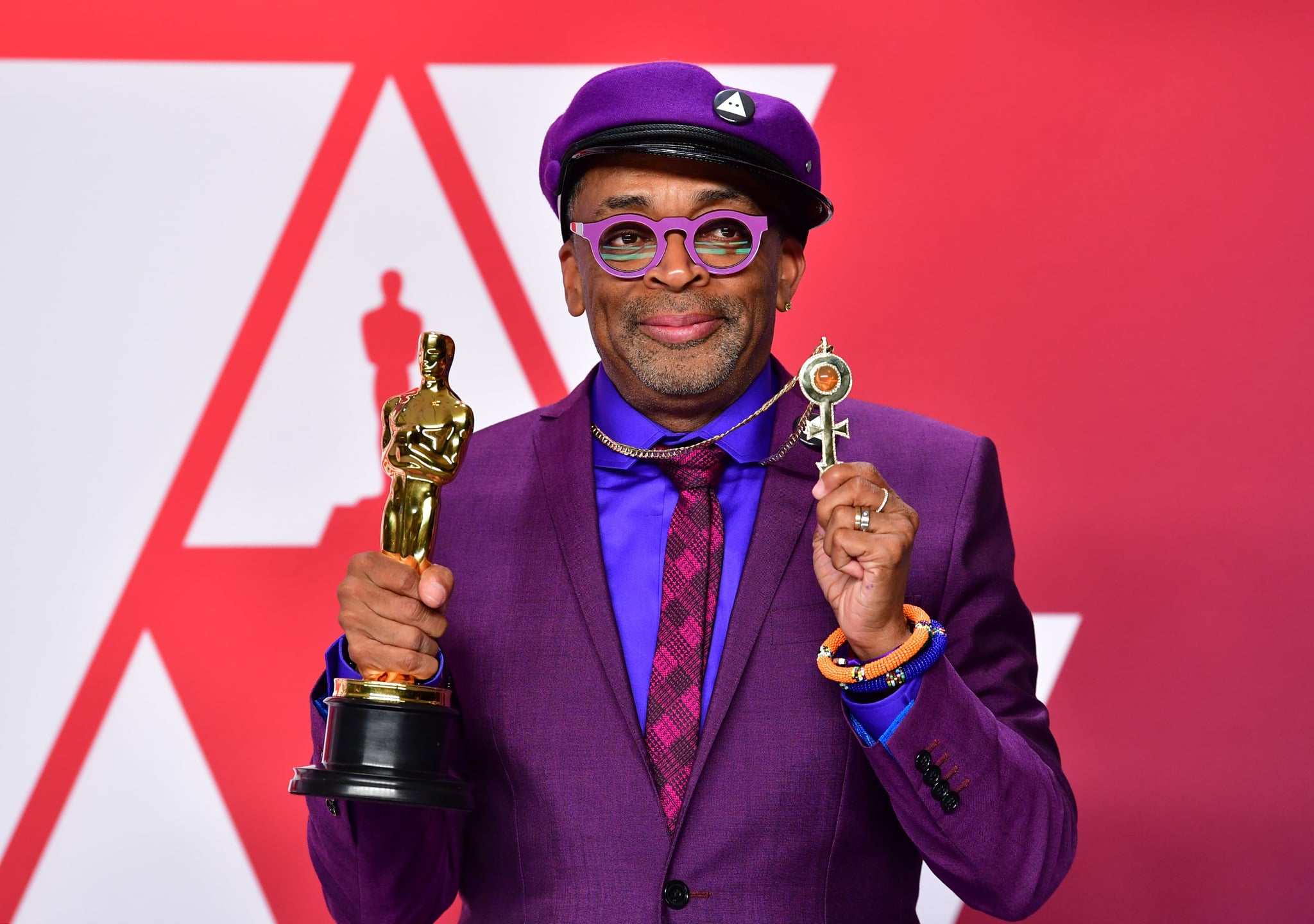 By the time Spike Lee got backstage at the Oscars on Sunday night, he'd had quite a bit of Champagne. "This is my sixth glass, and you know why," he said with a laugh as he approached the microphone. Lee's night hadn't exactly been bad, per se: he won the best adapted screenplay Oscar for his work on BlacKkKlansman. But it was easy to tell that he really had his sights set on the best picture win, and he reportedly wasn't thrilled when Green Book took the honor instead. Strong feelings aside, and with the aforementioned Champagne, Lee seemed to be in better spirits — just a bit — when he got backstage.

One journalist asked Lee to comment on the moment and to put into words his feelings about Green Book's ultimate win. "Let me take a sip," he said before having another bit of Champagne out of the glass in his hand. Then he said, "Next question." Later on in the interview, he shed a bit more light on his feelings. "I'm snake bit," he said. "Every time somebody's driving somebody, I lose." Lee is, of course, referring to one of the biggest upsets in his career. In 1990, despite the fact that Do the Right Thing was favored by many to rake up some gold, it was Driving Miss Daisy that ultimately won out.

Lee continued to sass journalists (lightheartedly, of course) during the remainder of his interview and even confirmed that his outfit was, indeed, an homage to the late, great Prince. (As if there was any question of that one, but I digress.) Oh, well. There's always next time, right? Let's just hope Lee doesn't go against a third movie about somebody driving somebody.