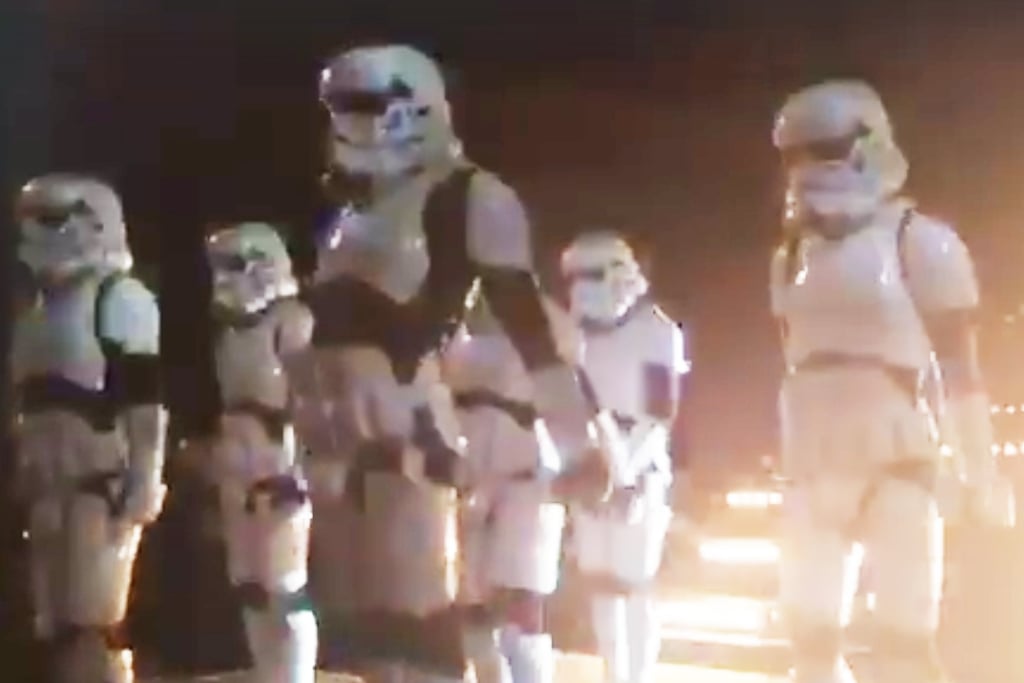 The Dancing Stormtroopers at the Star Wars: Episode VIII Wrap Party Will Make Your Day

If you're a dancing stormtrooper, you have to believe that performing at a Star Wars wrap party is like, the pinnacle of success, right? The troupe (er, troop) that gained internet fame by dancing to "Single Ladies" on Britain's Got Talent got the chance to entertain the cast of Star Wars: Episode VIII during the wrap party this week, and Mark Hamill caught the whole thing on video. Hamill, king of social media, also provided a look at the party's venue and a cute tweet about the end of production. Take a look, and check out the behind-the-scenes pictures we've seen from the set of Episode VIII!

Movie Trailers
A Wendy Williams Movie Is Coming in 2021, and It Looks Absolutely Wild
by Grayson Gilcrease 1 hour ago

Sarah Paulson
Freaked Out After Watching Run on Hulu? Let's Discuss That Twist Ending
by Camila Barbeito 20 hours ago

Holiday Entertainment
If You've Seen Happiest Season, You Know Who the Real Hero Is: Jane
by Maggie Panos 23 hours ago