After this year's highly anticipated Star Wars: Episode VII — The Force Awakens, the next spinoff in Star Wars stories (so named at this weekend's D23 event) is Star Wars: Rogue One. We know a few details about the film — it stars Felicity Jones and Diego Luna — and now we have the first image from Disney (and also news that shooting has kicked off). The first shot shows off cast members Jones, Luna, and more, and we can see that the movie is firmly entrenched in the franchise's look — and also displays the distinctive touch of director Gareth Edwards (known for Godzilla). Check out the picture, and get excited for more news about the December 2016 film. 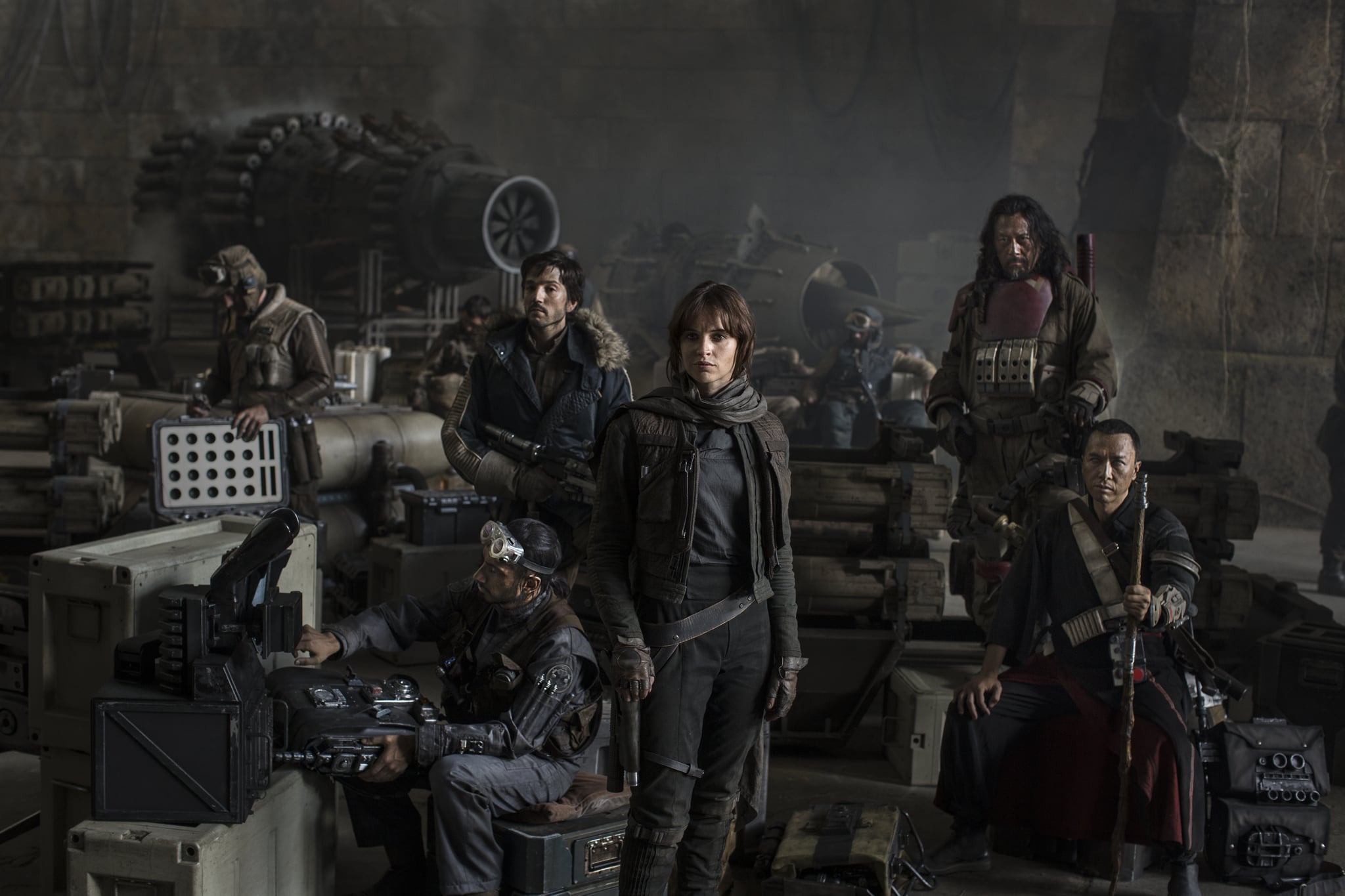 Nostalgia
The Lord of the Rings Cast Virtually Reunited, and I *May* Have Just Whispered, "My Precious"
by Brea Cubit 22 hours ago

Movies
All of the Harry Potters, The Lego Movie, and 107 Other Movies For Kids on HBO Max
by Alessia Santoro 22 hours ago