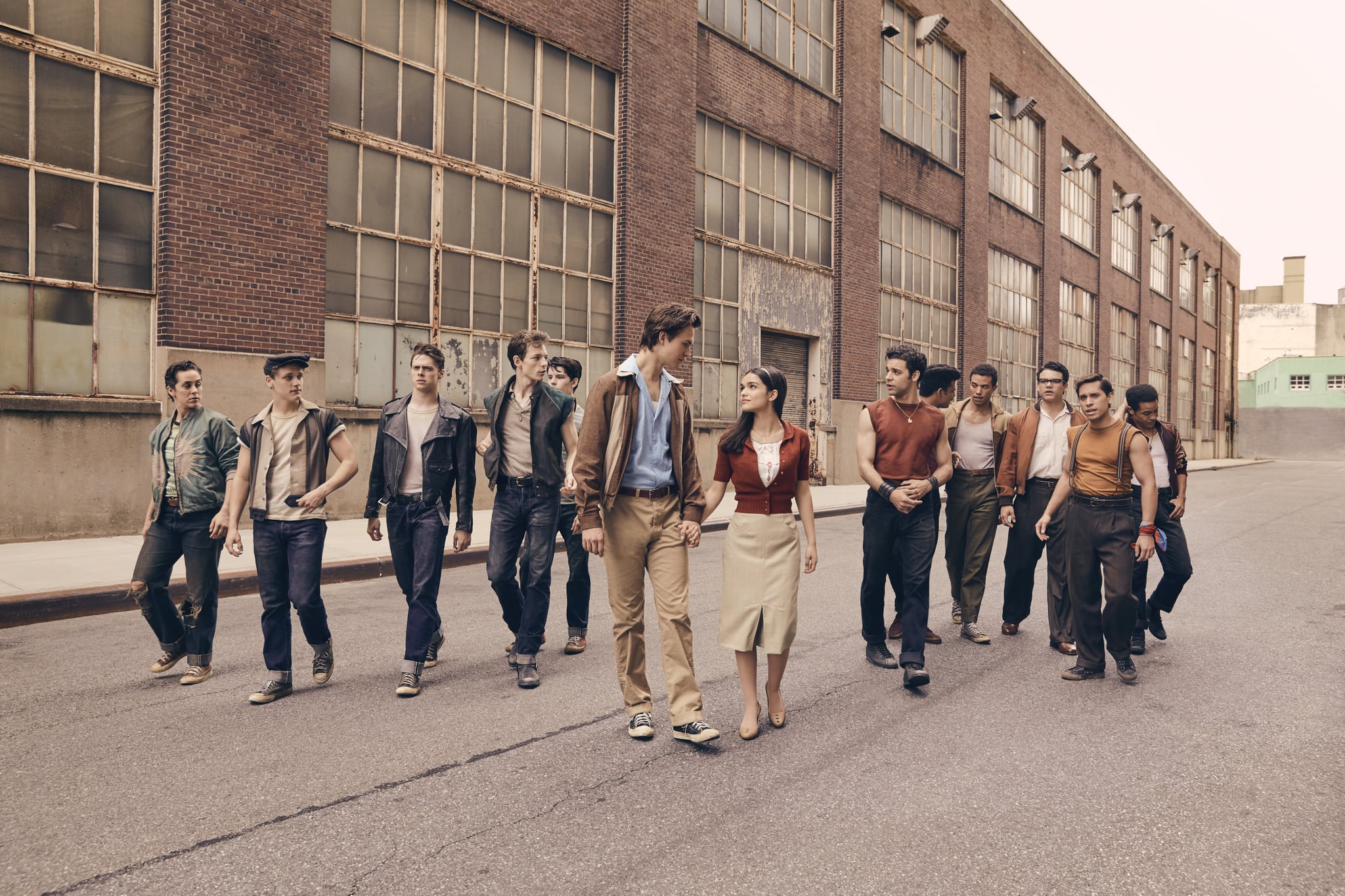 Over a half century later, the Jets and Sharks are taking to the streets again in the first look at Steven Spielberg's upcoming adaptation of West Side Story, which will be released on Dec. 18, 2020. The brand new photo shows Ansel Elgort and newcomer Rachel Zegler as star-crossed lovers Maria and Tony, flanked by members of the rival gangs. Though a reimagining of the original 1961 film, West Side Story will still take place in 1957.

Also starring in the remake are Ariana DeBose as Maria's best friend Anita, David Alvarez as Sharks leader Bernardo, and Mike Faist as Riff, the leader of the Jets. Meanwhile, Rita Moreno, who famously portrayed Anita in the original, will be stepping into the a new role as Valentina. (The legendary actress is also an executive producer for the remake.)

Related:
Here Are the Most Romantic Movies of All Time (in No Particular Order)

Though West Side Story is seen as precious material to many, the adaptation seems to be in good hands with Pulitzer Prize-winner Tony Kushner at the helm. The playwright and screenwriter is known for his 1993 play Angels in America, as well as his work on 2012's Lincoln and the recent film adaptation of Fences.