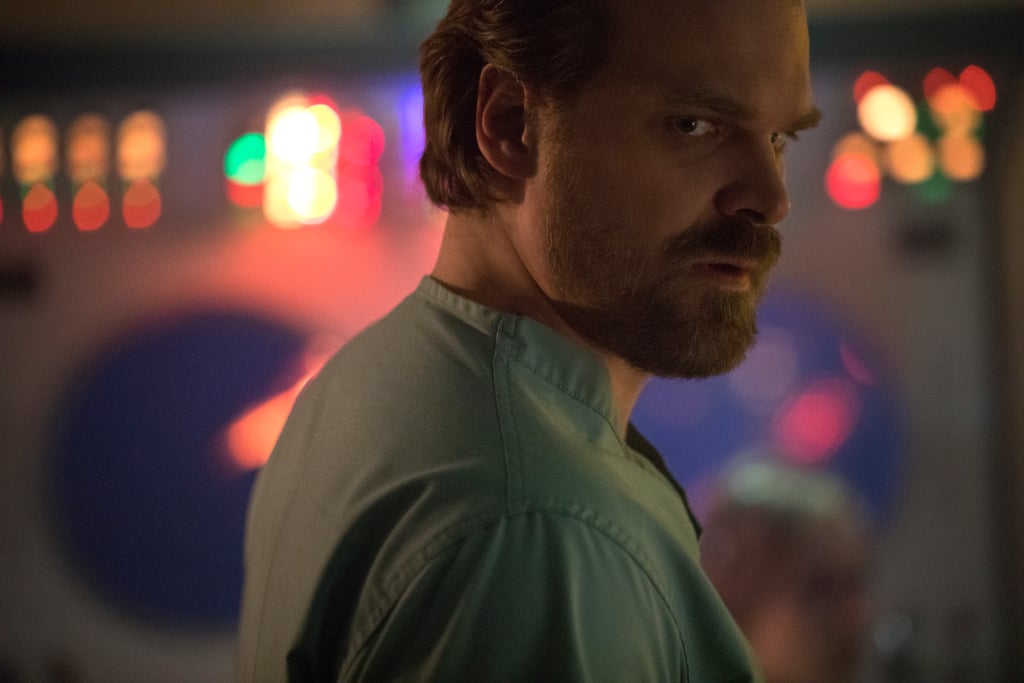 Stranger Things 2 finally dropped on Netflix this past weekend, and if you're anything like us, you've already binged all nine action-packed episodes and have so many thoughts about it. But one of the best parts of the second season is the fact that it's chock-full of memorable moments that you want to watch it over and over again — and luckily for us, the internet is full of like-minded people who make it easy to declare our love for the El-Mike hug in the final episode or to whole-heartedly approve of Joyce Byers's take-no-prisoners attitude.

But there's one scene in particular that captures all of the best things about the Stranger Things franchise and the characters we've come to know so well — and as a result, it has also become one of the best season two memes to roll out across the internet so far. The clip features police chief and pseudo-dad Jim Hopper dancing as he cleans up the cabin that he and Eleven will soon occupy — and, naturally, it's now been set to every song imaginable thanks to one recently created Twitter account that goes by the handle @hopperdancingto.

We've pulled some of the very best clips of the dancing police chief we've seen so far. But consider yourself warned: it's hard to resist Hopper in action, and we can't promise that you'll be able to climb out of this meme hole anytime soon. Oh, and did we mention that Hopper himself is a fan of his own meme IRL? Because if you weren't sold before, this solid endorsement should do the trick:

Whoever created this account has won, not only the internet, but, yes, my stone cold heart. Thank you @hopperdancingto ❤️ https://t.co/RCf8dRZfOC

Previous Next Start Slideshow
Stranger ThingsDavid HarbourTVMemes
Around The Web