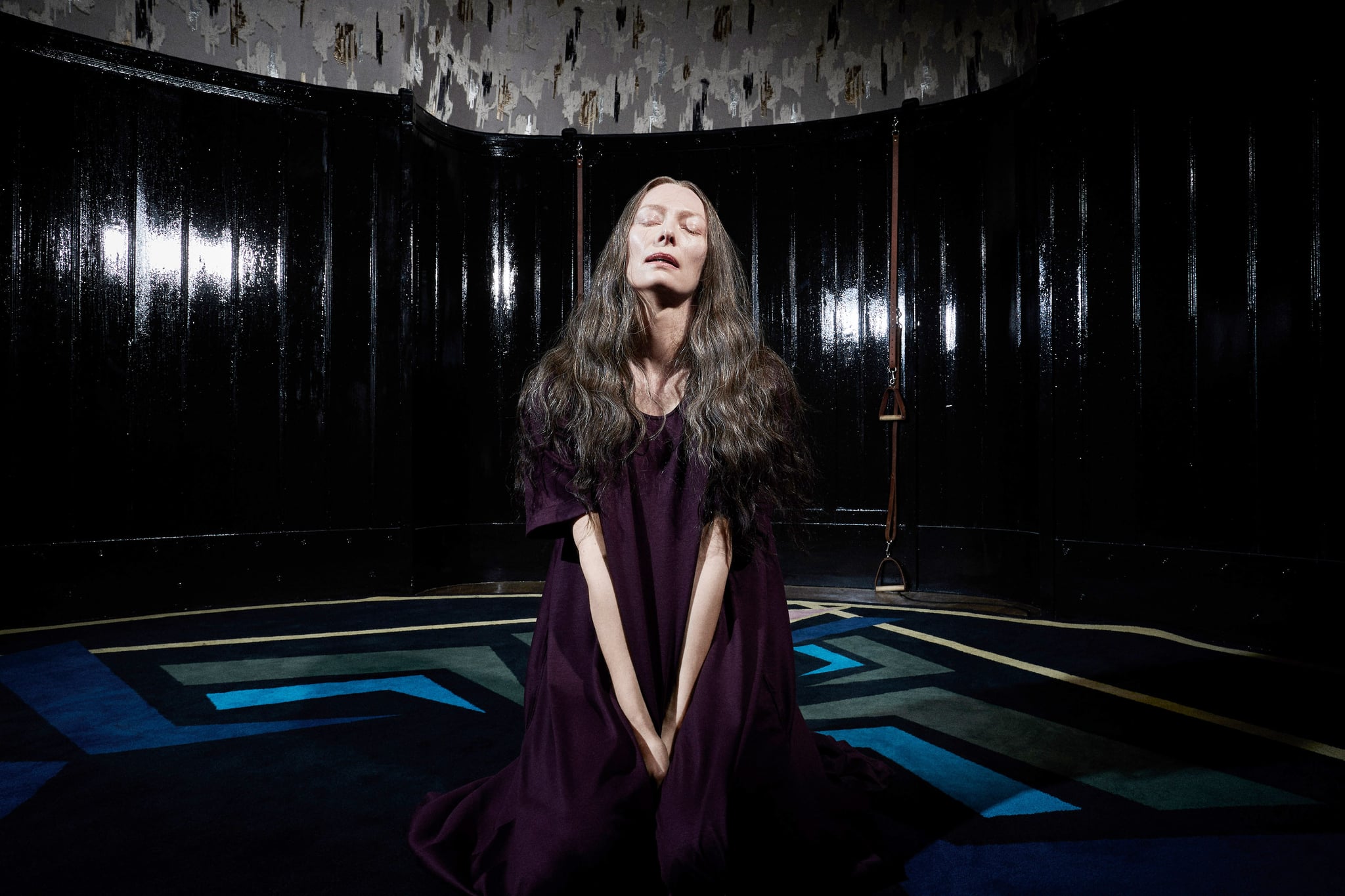 Warning: this post contains ALL the biggest spoilers for Suspiria.

Now that you've witnessed the madness that is Suspiria, a few things are likely to be true. You're probably wondering whether Tilda Swinton plays that old man (she does), whether or not you'll be able to sleep tonight (you won't), and what the hell even happened in those final wild 30 minutes (so much). Yes, it's quite obvious that the stunning reimagining pulls off a pretty epic twist — it's quite different from the original ending — but this version also manages to deepen the film's mythology and bring the entire narrative full circle. If you're still scratching your head, worry not. I'm going to break down all the most important takeaways.

As a quick overview of the plot, we follow the confident Susie Bannion (Dakota Johnson) as she rapidly rises through the ranks at a Berlin dance academy. The academy is run by a coven of witches; Madame Blanc (Tilda Swinton) is the director of the academy, but the mysterious Mother Markos (also Swinton) is the one at the top of the food chain. In this world, there are three mythical mothers, ancient witches who have wandered the earth for centuries. They are Mater Tenebrarum (Our Lady of Darkness), Mater Lachrymarum (Our Lady of Tears), and Mater Suspiriorum (Our Lady of Sighs). Markos has claimed to be Suspiriorum, though there are some in the academy who are dubious, Blanc included.

At the beginning of the film, Blanc is vying to become the new leader of the dance academy. Each member of the coven casts their vote to keep Markos or shift the power to Blanc. After the vote is cast, Markos narrowly wins, thus keeping her grasp on the coven. And since she's so old and close to death, the rest of the witches must find a new vessel for her to possess and overtake. Enter Susie, who sweeps through the academy with bewitching talent and vibrato. It's clear she'll be the perfect vessel for Markos.

Related:
The Choreographer Behind Suspiria's Dancing Has a Body of Work That Will Bend Your Mind

And so the rest of the dramatic action is mostly about "prepping" Susie for this ceremony, which is what we arrive at in the final sequence. The entire coven has been collected in some kind of chamber. The dancers are all in a trance, performing manic, possessed choreography. There are three girls who have figured out the true nature of the coven throughout the film: Patricia (Chloe Grace Moretz), Olga (Elena Fokina), and Sara (Mia Goth). They've been disemboweled and left as offerings to Suspiriorum.

Blanc, it seems, has taken a liking to Susie, and she still has her doubts about Mother Markos. When she tries to intervene, Markos almost completely decapitates her. Here's where the big shift happens. It turns out Markos really isn't Suspiriorum and Susie is. When Susie reveals her true identity, she summons a demon, or perhaps death itself, and kills Mother Markos. Then she kills every other witch who voted for Markos at the beginning of the film and saves all those who voted for Blanc. It's unclear why she spares these witches; my best guess is that she needs some followers and would rather take those loyal to Blanc than those loyal to Markos. Or perhaps Susie has taken an equal liking to Blanc.

Per the wishes of the three scorned girls, she gives them the gift of sweet death. It's a horrific bloodbath that leaves Susie (Suspiriorum) in charge of the dance academy. Then there's the whole side plot with Dr. Klemperer (also played by Swinton), who is present for the whole affair. He lives, and as an act of grace, Susie wipes his memory of the event. That's about it! Of course, there's the mysterious postcredits scene, but that's more of a teaser of what the future might hold than any information that will help unpack what we've witnessed. Guess we'll just have to wait for the potential sequel to see if the mythology deepens.